That can help you shape your next big idea. 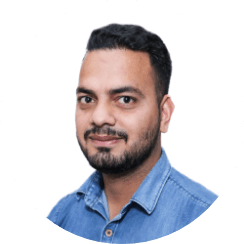 Aditya Vyas is a senior software engineer having 8+ years of experience in developing highly performant backend and infrastructure systems. 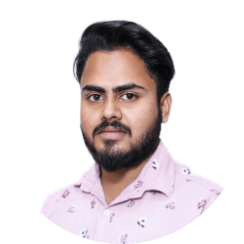 Bulesh Kesri has a 6+ year history of success in architecting, designing, and implementing web and mobile applications, focusing on React.js. 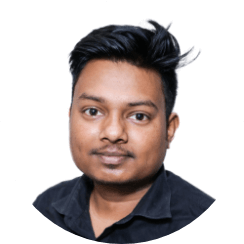 Hasim khan has 6+ years of experience in architecting and developing features for mobile and web apps with the use of trendy technologies.

Why Should You Be Hiring a TechAhead Certified Android Developer?

The first and foremost thing to check is their coding skills and previous projects in Java and OOPS. Moreover, if the developer is proficient in Kotlin as well, then it’s a bonus.
They also need to be familiar with the ins and outs of Android Studio, which is the base platform where the core development happens.
Apart from that, good Android developers are also knowledgeable about databases, XML, usage of APIs, Android SDK, and much more.

Can We Use an Android Developer For iOS Development?

How is TechAhead Making sure to Onboard Only Capable Android Developers?

Anyone listed on our platform has been through a very vigilant screening process.
From checking their background in their said skills to their practical knowledge, everything is tested through a series of rigorous tests designed by our experts.
When you hire someone remotely with TechAhead, we ensure that you keep coming back for more.

What Kind of Role Can I Hire an Android Developer For?

Currently, we help you hire remote assistance for full-time and contract-based employees only.

How Much Time Does It Take to Hire an Android Developer Through TechAhead?

On a general note, it takes between 03-05 days to complete the hiring process of an Android Developer with the help of TechAhead’s platform.

What Happens If I Find The Hired Developer Unsuitable For Our Work?

In a highly unlikely scenario, in case the work delivered by our front-end developers is not up to the mark, then we will intervene, and sort out the issues. In case you are still not satisfied, we will replace the candidate for your project, and ensure timely delivery of the mobile app/website.

FAQs- Everything You Need To Know About Android Platform

What Is The Market Share For Android Devices Globally?

Android covers approximately 85%-90% of the mobile operating system market, which is why it is the de facto standard for app development.
There are more than 2.65 million apps currently as of 2022, and possibilities are that the number will double itself in the next 05 years.

What Is The Latest Android Version, and How Many Are There Currently?

Android 12 or Snow Cone is the latest Android operating system build. All the devices launched after October 4, 2021, probably support the same Android version.
But while building applications, we must ensure they are backward compatible because most of the Android market is filled with Android 11 and Android ten devices, not the latest ones.

What Are The Programming Languages Used For Developing Android Applications?

Generally, a Java Developer with knowledge of OOPS can easily venture into Android Development. But in May 2017, Android officially switched to Kotlin, the preferred language for developing Android applications.

Who Owns the Android Operating System?

Google bought Android Inc. for a whopping $50 million back in 2005. Interestingly, industry giants like Nokia and Samsung made fun of the project.
Moreover, Samsung was the first choice for the buyout of Android Inc., but they disliked the idea and passed on it. Which was then presented to Google, and the rest is history.

What Are The Benefits of Android Being an Open Source Software?

Unlike other operating systems, such as iOS, Android gives its users full command over the software. If you’re familiar with coding or technical stuff, it won’t even take a week before you can unlock your Android device to its full potential via rooting.
Additionally, it provides an open medium for developers who can create their operating systems, tweak existing ones and play around with the code legally.
This helps evolve the software ahead of its time as the world is now a contributor instead of a room full of talented developers.

Which One Is Better, iOS or Android?

It’s a subjective question and differs from individual to individual. Now, if you’re someone who wants to juice out the maximum performance from a device and wants to explore, Android gives you that leverage.
If you need an ultra-clean, stable, rich experience, then iOS is for you. But there’s a heavy cost barrier when choosing iOS, making it much less affordable to the common folk.