The usage and popularity of the Android operating system are right now unstoppable: There are more than 6.6 billion smartphones in use as of 2022, and a record 1.4 billion new smartphones are being shipped every year.

For these smartphone users, there are 2.56 million Android apps in usage, and this is just the start.

Content-hungry consumers are demanding better, more realistic, and more powerful Android apps, and there is a huge demand for them, globally.

Around 400 billion app downloads are happening every year, and on average, a smartphone user spends 2.3 hours daily on mobile apps.

The numbers speak for themselves: If you have a good, creative, useful Android app that solves smartphone users’ problems, the sky's the limit. People need information, data, entertainment, ideas, friendship, and more via apps, and this is the best time to launch a new Android app and grab a pie of this ever-burgeoning market.

If you are planning to launch a new Android app, then you must select a good framework for creating the app and ensure consistent performance.

Before we share the top 5 Android platforms for apps, let’s first understand what exactly is a framework?

What is a Framework?

While developing any mobile application, be it on Android or iOS, or hybrid, we need a platform, which provides templates, components, and a structure for the application. This is the framework we are talking about, that helps the developers to get a layout, a canvas for the app development.

Applying codes across various modules, testing them, and enhancing them form the core objectives and purpose of application frameworks.

Depending on the usage of the app, there are three types of frameworks: Native, Hybrid, and Web. While native frameworks are dedicated to one particular environment, say Android or iOS; hybrid framework supports both Android and iOS apps. Web frameworks are only for creating web-based applications.

Here are the top 5 Android frameworks, which are popular due to their functionalities and features.

Developed by Facebook, React Native is right now one of the most popular frameworks that support both Android and iOS operating systems. Based on Javascript, React Native is a hybrid or cross-platform framework, and this is one of the primary reasons for its popularity.

Facebook first developed React, which is a library for the web interface, while React Native is a full-fledged framework for mobile apps. Some of the biggest tech companies such as Uber, Instagram, Oculus, Coinbase, etc are right now using React Native for their mobile apps.

Hosted by Google, Flutter is one of the most popular mobile app frameworks, which is based on Dart, an open-source software development platform.

Flutter was launched in 2017, but within 5 years, around 42% of mobile developers are using Flutter for creating their mobile apps.

Within Flutter, there is a widget group called Material Design, which uses Google design for Android apps, and there is Cupertino, that’s mainly used for iOS designs.

Ionic is a popular, and widely used framework for mobile apps, that incubates HTML, CSS, Angular, and JavaScript functions, combined into one common platform. Launched in 2013, Ionic supports applications that can be run on Android, iOS, and Windows devices.

Xamarin is a popular and extremely flexible framework, that can be used by those who are experts in C# language, and it can be deployed to leverage the power of Objective-C, Java, C, and C++ libraries to maximum usage.

With Xamarin, we can use one code-base for business logic, that can be used across different mobile apps, with different user interfaces.

NativeScript is one of the most popular frameworks for native app development, which provides the user with a hardcore native experience, despite being a cross-platform framework.

Since it supports technologies such as JavaScript, Angular, and TypeScript, this framework brings the advantage of object-oriented programming capabilities, and this changes everything.

If you are keen to know more about Android and cross-platform mobile frameworks and wish to launch a new mobile app by using them, then we at TechAhead can help you right away. Get in touch with our Android app development company and ensure the mega-success of your new application. 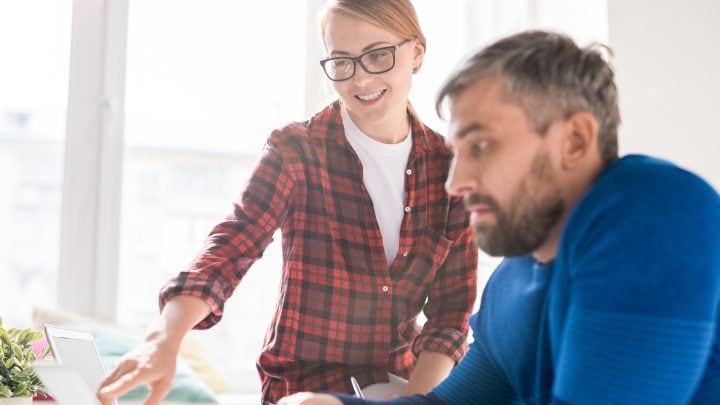