To Build Reliable and Secured Webapps In Record Time. 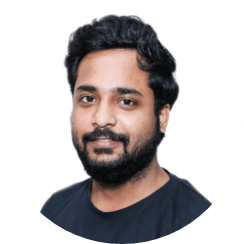 Anuj Bajpayee is a senior software engineer having 6+ years of experience in developing highly performant backend and infrastructure systems. 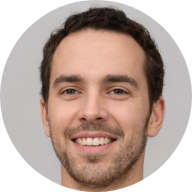 Yuvaan Singh has a 9+ year history of success in architecting, designing, and implementing web and mobile applications, focusing on React.js. 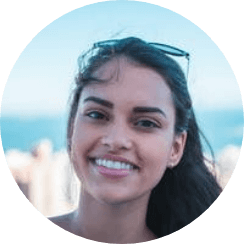 Tanya Sharma has 7+ years of experience in architecting and developing features for mobile and web apps with the use of trendy technologies.

Why Should You Be Hiring a TechAhead Certified
Django Developer?

What is django and why is it so popular?

Django is a Python web development framework that helps scale your web apps quite rapidly with the help of libraries and other features.
It is popular among developers because it removes the redundancy of code, and they do not have to write code for all the essential structural things; instead, they can focus on what’s important.

What is MVT architectural pattern used in django?

MVT stands for Model View Template architecture used to develop web-based applications.
Here, the view is the one handling input and output HTTP requests. While the model has all the data, and the template is used to show the output to the end-user.
The changes can be easily implemented and work for developing small cases or even large applications.

What are the roles and responsibility of a django developer?

A Django developer is responsible for writing and editing Python code using the framework mentioned. Their primary job is to ideate solutions, involve in the process of development, strengthen security, and fix bugs that arrive during the development process. They should have a sound knowledge of the front-end languages for web development, SQL database, REST API, and Python.

Why choose django over other python frameworks?

If you’re having doubts about choosing Django as your preferred web-development framework, here’s something for you.
It is a widely used web framework by websites such as Instagram and Pinterest.
Not only is it fast and reliable, but it is also secured and has clean documentation capabilities, which reduces your work as a developer.

How much time would it take to hire a django developer using TechAhead’s platform?

It generally takes 03-05 days for you to hire a Django developer using TechAhead’s platform.
In case you have some internal formalities, that could add in extra days, but this is the general timeline that most of our users experience.

What if my team is not satisfied with the performance of the onboarded django developer?

We’re all about customer satisfaction, and our support team will jump right in for resolution in cases like these. If things don’t work between you and the developer you’ve hired, we’ll give you a replacement for the rest of the term.

FAQs- Everything You Need To Know About Django Platform

What Are Some ‘Out Of The Box’ Features Of Django?

Django is one of the preferred choices by the web developer community because of the extended range of features you get when using the Django web framework.
It’s scalable, secured, well documented and optimised for using Search Engine Optimization (SEO), a methodology for getting websites ranked on search engine results pages or SERP.

Who Invented Django and Why?

A Adrian Holovaty and Simon Willison created Django Framework during the year 2003. Later on, the Python developer licensed the framework and released it publicly in 2005.
If you’d go to the official website for Django, it says ‘Web Framework for Perfectionist With Deadlines’, and it’s the best way to sum it up.
It’s efficient and solves every problem web-developers face while building web apps/websites.
No doubt that you can develop a website without using Django. But using this framework, the time to market the product is cut in 01/3rd of the time you’d have taken to create without using the framework.

Is Django More Secured In Comparison To Node.JS?

Django V/S Flask; Which One Is Better Python Framework?

Both these frameworks are powerful according to their use case and are differentiated based on that only.
If we’re talking from the perspective of a developer, then Flask would be suitable for someone who’s just beginning with web app development as it can be efficient for single-page websites and is easy to learn and implement.
While Django is more functional and secure and has many additional qualities, which is why expert developers shift to this framework.
Additionally, the qualities mentioned above makes Django the best-suited framework for a business owner/entrepreneur who wants to build scalable solutions.

What are Some Viable Django Alternatives?

If you’re a web developer using Python as your primary coding language, then no doubt that Django should be your primary choice.
But if you’re not so fond of the framework or want to switch to something different, then Flask, web2py, Tornado, CherryPy, and TurboGears can be some of the options for you.