For building applications that are faster, better, and reliable. 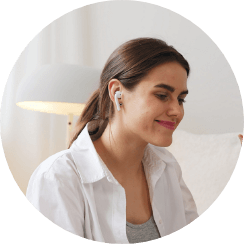 Harini Malik is a senior software engineer having 5+ years of experience in developing highly performant backend and infrastructure systems. 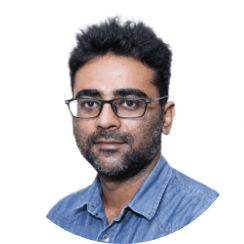 Ishan Rangan has a 10+ year history of success in analyzing, architecting, designing, and implementing web and mobile applications, focusing on React.js. 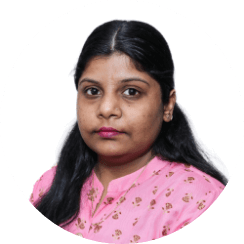 Anika Trivedi has 8+ years of experience in architecting and developing features for mobile and web applications with the use of trendy technologies.

Why Should You Be Hiring a TechAhead Certified
C# Developer?

What does C# typically being used for?

While it’s true that C# can be used to create almost anything in terms of software due to its versatile nature, but it’s not the ideal case. If we go by the real world example, it’s generally used for windows based applications and game development.

Is C# still being used in development?

It’s indeed considered one of the more mature languages, but it’s not close to losing popularity among developers.
According to the PYPL index, C# ranked as the world’s 5th most popular language outranking PHP, one of the most popular web development scripting languages.
In terms of scope for developers, about 1 in every five hiring managers is looking for someone with an experience in C#. So, as a developer also, you have a very good chance of getting hired for your skills in C#.

What are the must-have skills for a good C# developer?

A C# developer should have a sound knowledge of the .NET Framework, Mono Framework, Nancy, and other popular frameworks which helps them to save time while working on C# projects.
They should already understand the OOPS concepts, Concurrency patterns, databases, SQL server, and more required on the job.
Apart from that, any developer, including someone who codes in C#, must write clean and understandable code along with proper documentation.
They must also be able to perform unit testing and bug fixing if necessary and work with version control systems such as Git.

What are the roles and responsibility of a C# developer?

It depends on the scope of the project that has been assigned to them.
If they are in front-end development, they must build clean, modern, aesthetic interfaces that the end user can easily use. And they are responsible for writing, editing, and debugging C# code for that purpose.
If they’re handling the backend, they would have to deal with logic building, setting up and managing databases, creating data pipelines, and many other things. Here also, the core responsibility in terms of the code remains the same.
And if someone is much more proficient, and has taken up the full-stack developer role, then everything comes under their radar. Mostly if these full-stack developers are building an enterprise application, they stand in the role of supervisor, who monitors everything and acts as a bridge between the front-end and backend team.

How much time would it take to hire a C# developer using TechAhead’s platform?

It generally takes about 03-05 days to hire a C# developer using TechAhead’s platform. But there could be extensions if your firm follows a more complex pattern of hiring and vetting the candidate.

Can we go for a replacement if we’re not happy with the C# developer we’ve onboarded?

Generally, if you’re not getting the desired results from our offshore C# developer, you can ask for a fix.
We’ll try everything in our hands to understand and improve the situation, but even so, if it’s costing you business, we’ll switch the developer to a new one, who’d be joining you for the rest of the term left as per the contract.

FAQs- Everything You Need To Know About C# Platform

Some popular projects developed using C# are Slack, Pinterest, Tableau, The World Bank, NBCUniversal, FoxSports, and Aviva.
And if we’re talking about some of the Microsoft applications, then the very popular Microsoft Office is also built using C#.
Internet Explorer, Skype, Visual Studio 2012, Photoshop, SQL Server 2012, and Paintbrush are all part of the applications that use C# in their code.
Not only that but the Unity Game Engine, a popular game developer tool, is also coded in C#.

What Are Some Viable Alternatives For C#?

Microsoft introduced C# as a replacement for Java as they wanted to make some specific changes in the language, and Sun Microsystems (Java Owner at that time) was not ready for that.
So, the next best thing which can get you results like C# is Java, and if you’re not living under a rock, you’re already aware of the popularity Java has gained over the years. It can be justifyingly called the world’s most popular coding language.

Who Invented C# and Why?

Anders Hejlsberg, who worked for Microsoft, was responsible for developing C#. But due to being very targeted for Microsoft systems, the company later adapted it as their internal standard.
It was developed because the seemingly popular Java language was a general purpose, and C# was introduced with features that heavily targeted Microsoft applications.

If you’re working on a project related to the dedicated development of Microsoft-based products, C# should be your go-to language. For everything else, Java is the preferred choice over C#.
And from a developer perspective, Java has more scope, job availability, and a higher average salary than a C# developer. Also, C# is a bit complex to learn as a beginner compared to Java.

Is C# Difficult To Learn as a Developer?

If you’re learning C#, you’ll initially find it easy to understand, but as things get complex, you’d face a little bump every time a new concept is introduced.
Generally, building full-scale applications with the use of C# will take you more time than other languages such as Python.

What Are Some Of The Most Talked About Features of C#?

If you’ve ever been to a development masterclass, it usually starts with a newbie developer coding in C# because it’s more effortlessly adaptable.
On top of that, it’s faster compared to Java and Python, the two most popular coding languages on the planet. It is limited in potential and may lack resources but is quicker in comparison, which can be a boon in a handful of scenarios.
It also acts as a bridge between low-level and high-level languages, directly providing features such as direct hardware manipulation.
Endlessly other features such as pointers, dynamic memory management, recursion feature, and rich libraries make C# popular among developers.