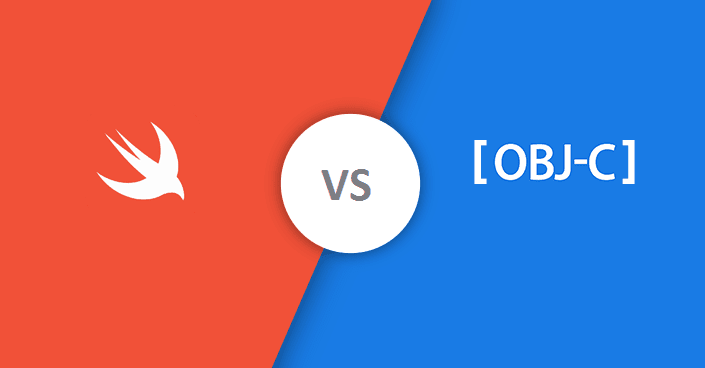 An iOS application requires a programming language that is easy to use. The apps require a suitable programming language. Swift and Objective C both languages are popular, however, nowadays Swift is being chosen more frequently over Objective C, this is because of several aspects about which we will read. But first, let us understand how the Swift language came about. Swift is a general-purpose language that has been compiled by Apple.

Its main use if to develop codes for iOS, Watch OS, Linux, and TVOS. The language was developed after great thought and the process to develop the language was modern and easy to use to develop software that would help to improve the performance of an application. While Swift makes sure that includes the positive and value add features of Objective C, it also ensures that there are several advanced features that make it an ideal programming language to choose over Objective C and C language. The end result is a programming language that can be used to build user-friendly and engaging apps.

Let us discuss Why developers choose Swift over Objective C:

Swift includes the best features of all the existing languages. Its main purpose to help programmers to develop an app that is unique, innovative, immersive and interactive. It ensures that the app is approachable and comfortable to use.

Swift is not difficult to decipher the language and the aim is to make this programming language simple enough so that more and more people can be involved in developing apps. It is a high usability programming language of the future. It has features that can enable programmers and developers to solve all problems.

In Objective C writing a bad or wrong code meant that the code would come up as no-operation and that means that it would be difficult to track the error and would become a source of bugs.

Moreover, it would lead to the unpredictable functionality of the app and can even lead to the crashing of the system. Thus, one of the main issues in using the Objective C programming language is that it is not easy to track or rectify errors.

Swift ensures that this is not the case with its programming. It comes with the feature that as soon as a programmer writes bad code, the compiler registers an error and then it becomes easier to rectify and track the error.

Swift creates a short feedback cycle which decreases the time which the programmer will take to fix the bugs related to the pointer logic. In Swift, the optional and value types in Swift will make it more clear at the time of defining the method if a variable has the power to be null or has a value.

3) It uses the latest research

Swift is an innovative language that takes up the strong and positive features of all the existing languages and incorporates them. It also adds value by being innovative and interactives. The language is easy to use and the programmers enjoy using the language and its features to program and develop fun, entertaining and useful apps.

4) It has a high potential

Projects Platforms are increasingly navigating away from Objective C and using Swift. However, it is not seen that big IT companies and also regular developers are also favouring Swift. The easy to use a composition of the language means that the average developer is capable of fixing problems easily and developing apps for iPhone with minimal help and without facing any issues.

5) It uses simple grammar and syntax

Objective C was built on C and to differentiate the types and keywords from that of C, @ symbol was used by the developers with the help of Objective C. Swift does not use this feature. It can join all the keywords and there is no need for the programmer to end the codes by adding semicolons.

Even the parenthesis, which was used in Objective C to end the provisional expressions, has been done away with. One another unique feature of Swift is that the method calls are no longer nested inside each other resulting in various brackets. The methods in Swift are separated by a comma list of parameters enclosed in parentheses. The grammar and syntax used in Swift are much easier than other programming languages.

Swift is a fast programming language. All the codes in Swift are written in language that is compatible with the latest hardware.

Kotlin vs Java: Which is more suited for development?