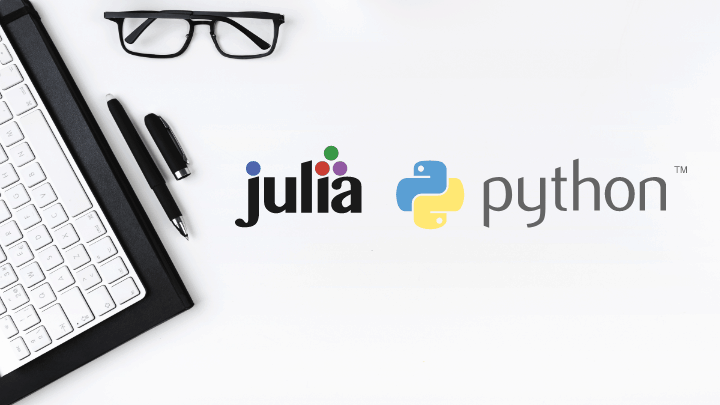 It is widely known and accepted the fact that Python is one of the oldest and the most preferred language with programmers in the world.  As per the TIOBE index, Python was the programming language of the year in 2018. It is extremely popular among data scientists and machine learning professionals in particular and is extensively used for Artificial Intelligence. Python is an open-source programming language; its simplicity and short learning curve are some of the primary reasons for its popularity. The growth of Python has exploded in recent times; however, Julia, a comparatively newer language, has garnered a lot of buzz recently.

Viral B Shah, Jeff Bezanson, Stefan Karpinski, Deepak Vinchhi, Keno Fischer and Alan Edelman founded Julia, and it was first unveiled to programmers in 2012. Julia made its official debut in 2018 when Julia 1.0 was released, meaning the language is now beyond the ‘developer’s stage’ and now is an ‘expert’. It is a free and open-source language. According to the creators, Julia was created because they are greedy, and they want more.

We want a language that’s open-source, with a liberal license. We want the speed of C with the dynamism of Ruby. We want a language that’s homoiconic, with true macros like Lisp, but with an obvious, familiar mathematical notation like Matlab. We want something as usable for general programming as Python, as easy for statistics as R, as natural for string processing as Perl, as powerful for linear algebra as Matlab, as good at glueing programs together as the shell. Something that is dirt simple to learn yet keeps the most serious hackers happy. We want it interactive and we want it compiled.

While Python has been around for far longer than Julia, it is soon becoming the preferred choice by developers and programmers. In fact, according to a new survey, Python was named as the number one language that developers would be using if they weren't using Julia. 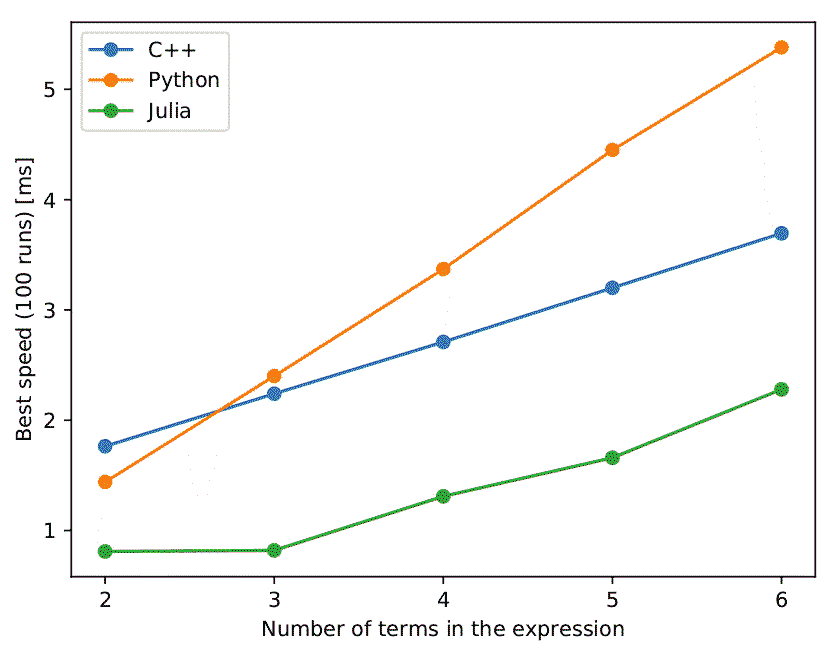 In this blog, we explore Julia vs Python and what may be the best choice for you.

Julia is as fast as C. It is built for speed since the founders wanted something ‘fast’. Julia is not interpreted, and hence that makes for a fast programming language, it is also compiled at Just-In-Time or runtime using the LLVM framework. Julia gives you great speed without any optimization and handcrafted profiling techniques and is your solution to performance problems. Julia is excellent for numerical computing, and it also takes lesser time for big and complex codes. Julia undoubtedly beats Python in the speed and performance category. The code in Julia runs at a brilliant speed and is unmatched. However, lately, Python has become easier to speed up.

It is of utmost importance for any language to have a massive and active community for it. The community should be devoted to the language. Julia has a community that is ever-growing and extremely enthusiastic; however, since it’s a new language, the size of the community is quite small. Python has been around for ages and hence boasts of a huge community that works in its advantage. The programmer community for Julia is at a very nascent stage. The large community for Python is a huge advantage for developers since it allows multiple resources to resolve problems and doubts.

One of the drawbacks of Julia is that packages aren’t very well maintained. It also takes too long to initially plot data however Julia can directly interface with libraries in C. Since Julia is relatively new the culture of software is small, and it will need mature libraries of its own to flourish.

Python, on the other hand, has plenty of libraries and hence makes work easy for every additional task. Julia lacks the number of libraries that Python has, and hence, there is ease due to its rich set of libraries. More third-party libraries also support Python. A large number of third party packages it can support or is an essential aspect for every developer and programmer.

Both, Julia and Python are dynamically typed languages, and developers don’t have to specify variables. However, with Julia, you can combine and enjoy the benefits of both dynamic typing and static typing.  According to MIT,

Julia is the only high-level dynamic programming language in the "petaflop club," having been used to simulate 188 million stars, galaxies, and other astronomical objects on Cori, then the world's 10th-most powerful supercomputer.

Julia does not excel at identifying issues, especially if compared to Python. It is unable to debug tools; however, more tools are expected to be developed. Julia is behind in identifying performance issues. The possibility of the unsafe interface to native APIs is also high in Julia.

Julia is a compiled language and it isn’t interpreted. It is compiled by LLVM and hence shows problems such as recompiling the code most times on starting up. Python is an interpreted language and doesn’t need compilation at all.

Python has easy readability and a code friendly syntax, in turn, its versatility makes it easier for programmers to perform different activities at the same time. Its rich libraries and frameworks also facilitate coding and hence save development time.

Both languages, Python and Julia are capable of running operations in parallel. Python’s methods, however, require serialization and deserialization of data for parallelizing between threads whereas Julia’s parallelization is much more refined. Julis also boasts of less top-heavy parallelization syntax as compared to Python, in turn reducing the threshold to its use.

With multiple advantages and features in its kitty, Julia’s recent popularity is well explained. However, it is still a relatively immature programming language, especially if compared to Python. The fact that Python is older to Julia works to its advantage, especially because of the massive and active community Python has built over time. That said, areas like code conversion and speed, are much easier and better in Julia as compared to Python. However, Python is speeding up with time.

Julia has come out as a superior; top-tier language, however, has a long way to go especially for mass consumption. Python will continue to be the top choice of language for students, universities and in turn job requirements and industry adaptation. Python is undoubtedly the better choice for Machine Learning and Data Sciences based projects, similarly, Julia is the way to go if your project is heavy on maths.