Kotlin vs Java: Which is more suitable for Android app development?

Some programming languages are written in an imperative form that follows a sequence of operations to be performed in order to get the output while others use a declarative form in which the desired output is specified but not the methods to obtain it. Swift, Go, Dart, Java, C, Python, and many other programming languages are widely used by app developers. As per StackOverflow, Kotlin is the most wanted language as compare to Java. 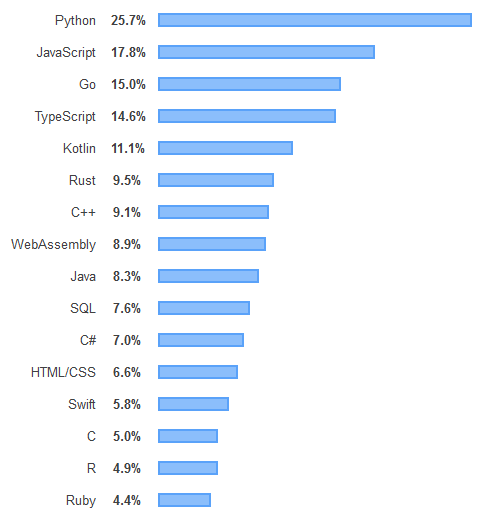 Kotlin and Java are preferred more over other programming languages. Let’s try to understand why:

Kotlin was created by JetBrains and was announced as the second official language of Android app development at the Google I/O. It’s in a steady partnership with Google cloud platform, Spring framework, and Gradle and it’s believed to make the process of Android application development faster while growing continuously. Leading tech companies are hiring app developers who are well versed in Kotlin and it’s coming out to be one of the most employment sectors as it’s open-source.

Other benefits include the usage of existing Java Framework and Libraries by the programs that are written using Kotlin, a compilation with JVM bytecode or JavaScript, easy to learn and approachable methodology, great null safety, automatic conversion of Java to Kotlin, and the ease of reviewing the codes.

Java was developed by Sun Microsystems and can be used to create any type of program as it’s compatible with almost every kind of machine and operating systems such as Windows or Linux. Java has one of the biggest and most important and largest communities in the world.

It has a great potential of solving critical issues with its benefits which include ease of learning, providing the users with an independent platform, the facility to create modular programs and reusable code, network-centric programming, high-security features and efficiency, robust and dynamic nature and user-friendly experience.

Kotlin vs Java: Understand the distinction between the two programming languages

Java is an object-oriented programming language and programs, or applications developed in Java and execute in JVM by which it can run the same program on multiple platforms or devices i.e. write once, run anywhere. While Kotlin is a new programming language that handles some modern features and it’s a statically defined language.

Some Java issues addressed in Kotlin

Every programming language suffers from certain issues and Java is no stranger to such issues. It has some issues associated with it that can be resolved using Kotlin such as:

What Java has that Kotlin does not?

Java is not only about issues and drawbacks. There are many benefits and unique features associated with it that set it apart from all other programming languages which include:

What Kotlin has that Java doesn’t?

Both languages offer a wide variety of features but why Kotlin is considered as a competition for Java even when it’s a newer language? Let’s understand this by looking at some of the features provided by Kotlin that Java doesn’t:

Kotlin vs Java: Comparison at a glance

Still not confident? Here’s the solution

From the above-made comparison between Kotlin and Java, we can clearly see that Kotlin has got an upper hand as it’s growing continuously every day. It has better features than Java such as compatibility, security, syntax and functional programming. It’s proving to be the pragmatic, modern, and intuitive language for Android app developers that they’ve been waiting for. However, it all depends on preferences and Java is more widely used than Kotlin as it’s trusted more by the users.

Irrespective of all the differences between the two programming languages, Kotlin and Java, are fully interoperable. Both languages compile to bytecode eventually thus making it possible to call Java code from Kotlin and vice-versa. This flexibility has many advantages out of the two are dominant. First, it helps developers to kick-start by incrementally introducing Kotlin in a Java project. Second, both the programming languages can be used simultaneously in any Android application development project.

Nevertheless, it’s a newer language as compared to Java while Java has already made its place in the market. Kotlin is demonstrating its worth at a great pace and proving that it is a superior programming language for mobile app development by offering developers a lot of opportunities to experiment with modern programming. It allows the developers to make the transition between OO, FP, scripting and declarative paradigms without any effort and ease of establishing a new standard for what a programming language should be able to achieve.

Is Kotlin better than Java?

Kotlin has a steep learning curve and beats Java in many cases. However, there are some features and fields in which Java is superior.

Should I learn Java before Kotlin?

Kotlin is a newer language that makes use of the platforms developed for Java, but it can stand on its own. There is no need to learn Java before Kotlin.

Which language is best for Android app development?

Java is the most widely used and the official language for Android app development.

Jitendra, possessing 9+ years of experience in planning, designing and developing Android apps, is a result-oriented and a competent Technical Architect. An adaptable and flexible way of working makes him different from others; the friendly nature of him makes it easy to gel with his team members and colleagues. Attention to detail and delivering the customized tailor-made app to fulfill the expectation of a client that not only satisfies the customer but delights him in every sense is what makes him stand out of the crowd.