Full stack development: Why every programmer should consider it

Full stack development: Why every programmer should consider it 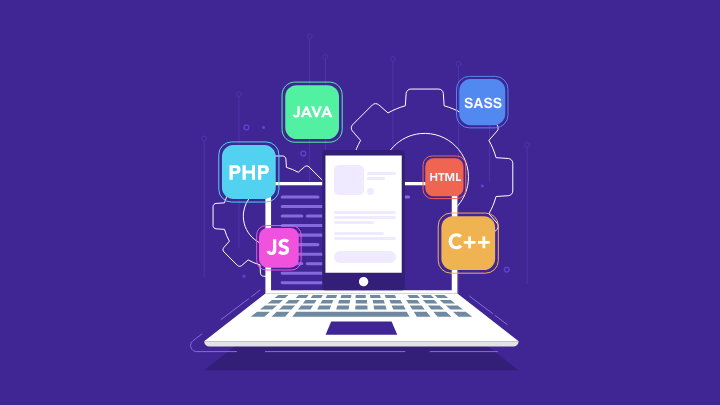 The rising demand for technology-driven solutions compels web developers to gain knowledge and understanding of both front-end and back-end languages. The need for full-stack development professionals who can develop the client-side as well as the server-side of the application is in full swing. Companies across the globe are rigorously searching for professional developers who can build a complete web application right from scratch.

According to the United States Bureau of Labor Statistics report, the demand for full-stack developers will exceed 8,53,000 by the year 2024. Companies consider full-stack app development professionals as invaluable assets for their business, due to the value that they add to the company,

What is Full-stack development?

Full-Stack development involves developing all the components of the application, including front-end, back-end, and database portions. It often includes debugging web applications. The mobile developer takes into consideration the full development operations right from conceptualization to final product. Here, the developers deal with:

The presentation layer contains components accessible to the end-user. In a web application, this layer includes JavaScript, HTML, and CSS that developers use to build the application interface and interact with the users. It is the client-side of the application that decides how the app will look like.

This is the backend layer that contains components that are not visible to the users. This layer accommodates right in the middle of the presentation layer and the database layer. It is responsible for retrieving and positioning the data requested from the client and transferring it to the data layer. The entire process involves complicated operations that include authentication, authorization, business logic design, API endpoint design, etc.

Also known as a data layer, it handles how the app developer creates, uses, reads, stores, manages, or deletes data from the database which could be on MySQL, PostgreSQL, Oracle, MongoDB or Firestore. It is when the developer writes the app's runtime data onto the hard drive of the system. The critical role of this layer is to retrieve data from the runtime of the system's processes and then store it in such a manner that it remains accessible on subsequent system restart instances.

Full-stack development involves a good understanding of both the front end as well as the back end languages. Knowing these languages and the functions they perform will give developers a boost in the industry. It includes multiple languages that help effectively structuring data and handling APIs request-response for efficient data storage and retrieval operations.

Due to the popularity of frontend frameworks and libraries, the count continues to increase drastically. While developing a new app or a website, choosing the right frontend framework and library can ignite the process of full-stack app development.

Over the years, full-stack web development has evolved and extended hugely. A full-stack developer with a range of skills and experience can handle all the front-end and back-end related processes right from the concept to the final product. It helps to build highly intuitive apps that result in practical problem-solving.

Moreover, developers prefer these apps as they develop it comprehensively using state of the art technology; this is why they are cost-effective. Furthermore, these apps are more practical for small businesses and startups. It helps to build a website or a mobile app that loads faster and is compatible across platforms.

The need for full-stack development stems from the increasing demand for business transformation and amplified power of the advanced tools. Writing a responsive full-stack application requires understanding different software architectures. The resultant apps will help increase your business productivity as it makes you think and act faster, hence improves decision making.