What is If this, then that (IFTTT)?: Everything you need to know

What is If this, then that (IFTTT): Everything you need to know 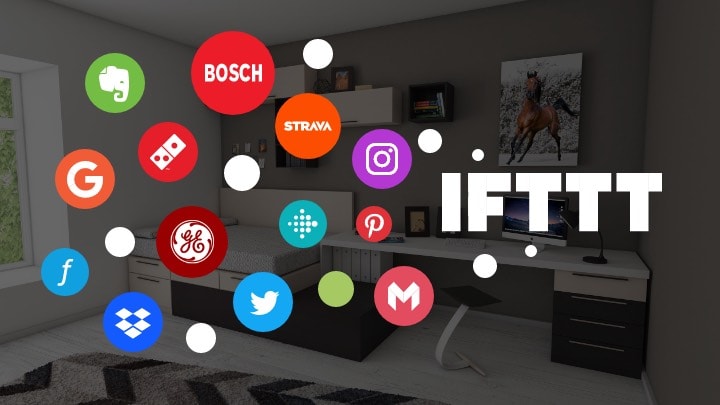 IFTTT: Everything works better together

With more than 14 million registered users in 2018, IFTTT (If This Then That) is a mobile device application that lets the users create conditional commands by linking two existing apps. An app with a simple interface, IFTTT allows developers to build and publish their conditional statements using its technology. Popularly known as applets, conditional statements are triggered by changes that take place within other web services, such as Facebook, Gmail, Instagram, or Pinterest. Earlier, these apps were known as channels. IFTTT was launched in 2010 as a project by two co-founders Jesse Tane and Linden Tibbets.

The users and developers from across the globe had published 75 million applets and more than 5,000 active developers are responsible for building services on this platform. Talking about smart devices, IFTTT enables the connection between more than 600 apps and smart devices. 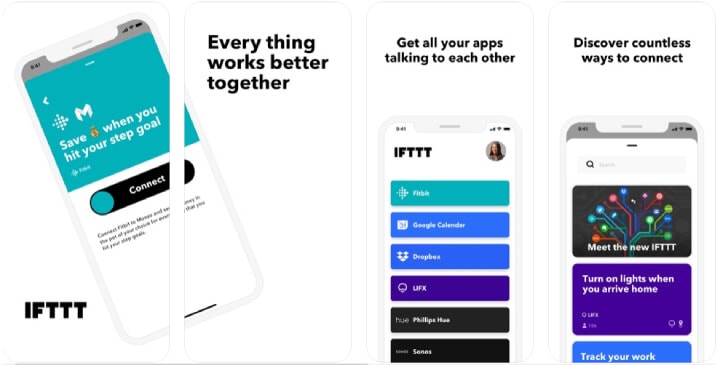 A user needs to get acquainted with the creation of applets to use this app. An applet refers to a trigger-to-action relationship responsible for performing a particular task. A user can also create an applet to receive personalized notifications when specific conditions are met. After activating an applet, the user need not remember the commands, as IFTTT handles everything. The user also can also turn an applet on or off and edit the settings. A simple example of an applet is, if it is 1:00 PM, then turn off the bedroom lights.

In 2017, IFTTT started offering a free option for developers to publish their apps. Earlier, the users were allowed to develop applets only for their personal use. After this significant announcement, the developers have been able to publish the applets that others can use. The individuals can also develop applets that can work on connected devices. It doesn’t matter if they own those devices.

The team at IFTTT reviews a service internally before it can be published. The developers can perform minor updates directly after the app has been published. The team repeats the review process if some significant changes are made, such as new actions or triggers or cloning of the service. The authentication mechanism supported by the app is OAuth2. As per the company’s official website, it might have other authentication methods in the future.

Everything as a Service or XaaS is a business model that involves combining products with services. With this approach, the brands expect to connect with their consumers at a deeper model. IFTTT is considered one of the most effective platforms to do so. By connecting their products with IFTTT, the brands can generate useful insights and data. This will help in delivering proactive customer support.

Personalization of content offered through a particular product will also become more efficient if the companies use this platform strategically. The co-founder of IFTTT, Linden Tibbets, also mentioned that this app aids in connecting products with services while talking about how everything in the future will be a service.

There are several ways a company can enhance its processes using IFTTT. A popular applet lets a professional track his/her work hours. Even employers can use it to track the monthly performance of their staff.

The usability of project management software like Asana could be further expanded through the applets. For example, it’s possible to create a new task using a mobile widget. A project manager or an employee can also include finished tasks to a weekly email digest. Various marketers use multiple applets to:

There are plenty of other applets for small and medium businesses. The businesses can also create their own versions to meet a particular requirement of a department or process. By using paid services of IFTTT, the companies can connect their own technology with this app, something already achieved by brands like Domino’s Pizza, Facebook, and 550 other firms.

Machine Learning and other technologies used in IFTTT

Machine Learning: To enhance the experience of users, IFTTT offers complex Machine Learning techniques. The team depends on Apache Spark that runs of EC2 and uses S3 to detect abuses and recommend recipes. Now that we have learned how the company uses machine learning, let's put our focus on whether users can utilize this technology through IFTTT.

The users who want to integrate a Machine Learning model with IFTTT can do using a platform by MateLabs called MateVerse. Using this integration, users can use tools that can respond to online tools like Facebook, Google Drive, Slack, and Twitter. The users can train their own models for particular use cases after uploading their data.

Monitoring and alerting: The company depends on Elasticsearch to store API events for real-time monitoring and alerting. The performance of partner APIs and worker processes is visualized using Kibana. When the API of IFTTT partners is facing issues, a particular channel is triggered known as the Developer Channel. Using this channel, it is possible to create recipes that notify them using Email, Slack, SMS, or other preferred action channels.

MySQL Cluster: MySQL cluster on AWS RDS (Relational Database Service) is responsible for maintaining the current state of channels, recipes, users, and other primary application entities. The company’s official website and mobile applications run on a Rails application. By utilizing the AWS Data Pipeline, the company exports the data to S3 and ingests it into Redshift daily.

The team feeds event data using users’ interactions with IFTTT products. The data is fed into its Kafka cluster from the Rails application. The information related to the API requests made by the workers are also collected regularly. The aim is to track the behavior of myriad partner APIs that the app connects to.

Why IFTTT become so successful?

Numerous factors contribute to the success of this revolutionary app. Some of these include:

Early mover advantage: The developers behind this app had an early mover advantage related to this technology. Before this app, there was hardly any startup or renowned organization that had designed something that connects two already existing apps.

Expansion of the ecosystem: One of the top-secret sauces behind its success is that it didn’t focus on competing with countless other apps on the app stores. Instead, it improved the usability of already existing apps, thereby making it a symbiotic technology.

Simplified the users’ lives: The automation that lies at the core of this app made the lives of the users simpler. While some apps aid in enhancing the users’ knowledge, others made them more accountable for schedules.

Investments: Strategic investments from renowned players have also been instrumental in its global success. During its Series C funding round in 2017, it raised 24 million dollars from Salesforce. In the past, investors like Greylock, Betaworks, SV Angels, Norwest, and NEA have helped it achieve its potential.

Simple user interface: The company has kept the interface clean and straightforward. When a user opens up the app, he/she is welcomed by an animation showing connected devices and other features. There are two main options through which the users can register or sign in through Google and Facebook.

There is also ‘Sign in with email’ option. Due to its minimalist design, even the non-techie individuals can use this app seamlessly. There is also a search option that helps in discovering services that this app supports.

What’s next for IFTTT?

As the IoT application development will become a mainstream thing in the future, IFTTT will penetrate in more regions across the globe. It is also expected to associate with more apps to ease up the lives of the users. The company needs to keep enhancing their technology to compete with other players, especially Flow by Microsoft.

One of the prominent competitors of IFTTT is Zapier. IFTTT supports around 630 apps, whereas the number is 1000 in the case of Zapier. IFTTT is inclined towards home (smart appliance support), but Zapier revolves around business and software development.

In terms of usage, both services are comparable in terms of ease of use. Various beginners consider IFTTT more accessible. Talking about Zapier, it offers more options to build application relationships, due to which advanced users prefer it. IFTTT is a preferred option if we are talking in terms of pricing. Other popular alternatives include Integromat, Anypoint Platform, and Mule ESB.

The journey of IFTTT proves that a great idea when combined with a set of technologies and a team of proficient mobile app developers always results in success. If you also have a unique concept that needs adept professionals, then you must connect with a reliable mobile app development company and can turn your idea into a reality.