Why Python development is suitable for Machine Learning and AI?

Why Python development is suitable for Machine Learning and AI? 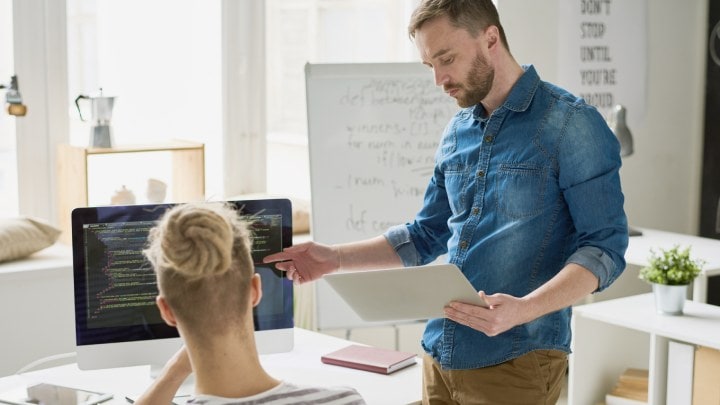 Python is a high level, general-purpose, interpreted language that is one of the top 10 most popular programming languages of all times. It is also object-oriented and open source, which has led to its widespread adoption by programmers and developers globally. When compared to other popular programming languages like C, C++, Java, etc. it requires developers to write less code. This makes it faster, easier to write and more popular.

A survey across job portals has revealed that python is one of the most sought-after skills in the IT job market. When the demand and salary for all other languages are decreasing, Python is a well-paid skill that everyone should add to their portfolio.

AI and Machine Learning together are expertly handling tasks like spam filtering, fraud detection, searching for information, acting as virtual assistants, etc. easily. And there is the promise of more to come if the applications are well developed. More and more companies want their Artificial Intelligence and Machine Learning applications to behave and respond like humans. To achieve this, they need to use a programming language that is robust, stable but flexible, scalable and has the right tools for the development of complex applications.

What needs to be understood here is that machine learning, and AI applications are different from traditional software applications. The emphasis here is more on gathering data, performing deep research, and predicting based on the analysis made. Therefore, the technology stack used here has to be very different.

The one language that is best suited for developing artificial intelligence and machine learning applications in Python, due to its flat learning curve, simplicity of language, clean coding design, platform independence and access to a huge library of tools and packages.

Let us look at some of the benefits of Python development in more detail:

The entry barrier to Python development is very low for programmers because it is super easy to learn and implement. It uses English like language with minimum syntactical rules, self-explanatory commands and lots of white spaces for easy readability. It is a true high-level language because its code can be easily understood by anyone reading it.
Developers swear by Python because it’s highly intuitive and availability of high-quality framework and library make it more effective on implementation

Python is designed to handle large amounts of data and analyze it efficiently. It has a robust library of pre-written modules that can be used for machine learning or Artificial Intelligence applications. Being open source, a huge library of qualitative frameworks and packages is also available for the developers, which they can use to solve tricky algorithm problems.

Python ecosystem has many superior frameworks available for different tasks that need to be accomplished while developing and implementing AI and Machine Learning applications. Some of these are:

Although prototyping has always been an important step in the software development process, it has become even more important while developing machine learning and artificial intelligence applications. This is because the actual algorithm development is complex, time-consuming and resource-intensive. Prototyping helps in defining user cases and estimating the time and resources required before the actual development starts.

Python has inbuilt features that support fast prototyping. First and foremost, you do not need to compile every bit of change that you make in the code before you run it. After the first iteration, you can straightaway move to run the code while prototyping. Being a dynamically typed language, you do not need to declare datatypes and write a generic function that can handle any type of data.

Python algorithms written using the available data structures are intuitive and simple, making it faster to develop the prototypes.

Python has many libraries for data analysis, which makes it suitable for AI, machine learning and data science applications. Artificial Intelligence developers also need to visualize their data for easy understanding by the humans, the end users of all AI applications. Python has some great libraries and frameworks that help the developers to provide data in a human readable and understandable format.

Python is platform independent. This essentially means that Python developers can write and implement the code on one platform and run it on another with minimal changes. Python is supported by many operating systems like Windows, Linux, and MacOS.

The size of the community that supports a language speaks volumes about its popularity and usability. Python has the largest community on StackOverflow and third largest on GitHub. These are vibrant communities which the Python developers turn to when they are stuck. And they always get support and solution from the community.

With the advent of big data, Python developers are in huge demand. It is the second most sought-after skill on Angel list. In 2018 it was one of the ten most popular programming languages on GitHub.
Software development companies prefer Python because it has many versatile features and requires much less coding as compared to other popular languages like C, C++, Java, etc. As it supports multiple programming paradigms like object-oriented programming, modular programming, and functional programming, companies can adapt it to suit their existing programming culture.

Many world-class companies and software are already using Python for their Artificial Intelligence & Machine Learning applications.

Google had been an early adopter of Python because of its ease of maintenance and fast delivery. With artificial intelligence and machine learning making inroads into traditional software development, Python began to be used for developing these applications. It is now one of Google’s four official server-side languages.

1.56 billion users log into Facebook every day and Python takes care of all data collection, analysis, and mining that needs to be done. Production engineers working on Facebook products are Python enthusiasts Python libraries are features rich but super easy to use. Using these libraries means that the engineers don’t spend lots of time writing and maintaining codes. Instead, they can focus on rolling out improvements in user experience.

Instagram is supposed to be running the largest Python web framework Django. They adopted Python because of its simplicity and ease of coding. With time, they have ensured that their development is viable even at the massive scale on which they function.

Narrowing down from their original choices of Python, Java, C#, and Scala, the founders at Quora finally chose Python because of its ease of writing code and readability. As Python can interface with most of the popular languages and frameworks, it was easy to use it in combination with JavaScript to perform any required client-server interactions.
The fact that there were some good web frameworks like Django and Pylon available made it easier for the team at Quora to make their decision.

Netflix relies heavily on data analysis to provide highly customized services to its user base. Python is its go-to language when it comes to server-side data analysis. Python is the language of choice among Netflix engineers when they have to create apps that track user activities, user security settings, SSL certificates, etc.

At Dropbox, Python is used for server-side scripting as well as a desktop client. Dropbox has developed many propriety libraries, but it continues to use third party libraries for both mac and windows systems. Use of third-party libraries ensures a uniform experience independent of the system or platform being used.

Reddit moved from Lisp to Python within months of its launch because of its vast ecosystem of libraries and more flexibility in development. web.py, the framework originally used to run Reddit is now open source. Python was adopted and continues to be used, at Reddit because it’s expressive, readable and easily writable.

Some of the Use Cases of Python Development

Artificial Intelligence is taking the health care industry by storm by being able to perform tasks like the monitor and predict diseases, detect injuries, scan health parameters of patients regularly, etc. For instance, AiCure app ensures that patients take correct medications in time. Some of the technologies that they use include face recognition and pill recognition.

Fintech industries stand to gain much by the use of AI and ML applications because they can help in customizing the user experience and detecting fraud, two major concerns of this industry.

Python is widely used for data gathering, predictions and machine learning tasks by business services. Artificial intelligence can be injected even into existing apps to make them highly customized and engaging.

Artificial intelligence and machine learning are the two buzzwords in the software industry as well. They are helping people look at problems with a different approach and come up with cost-effective and time-saving solutions. AI is enabling solutions to social problems like education, poverty, outreach, which were earlier considered out of the ambit of IT.

Since Python was launched 25 years ago, it has changed from many times to accommodate the latest technological developments. Now that machine learning, Artificial Intelligence, and data science are the latest trends, Python developers have kept pace by coming out with the latest libraries, frameworks, and approaches to solving problems that make application development faster, easier and scalable. 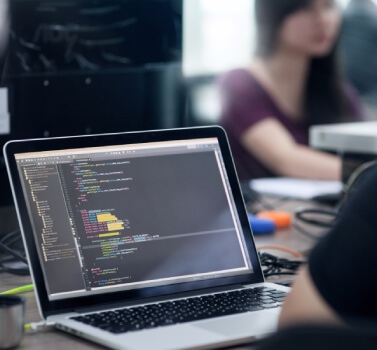