How much does it cost to build a video streaming app like Netflix?

How much does it cost to make a video streaming app like Netflix? 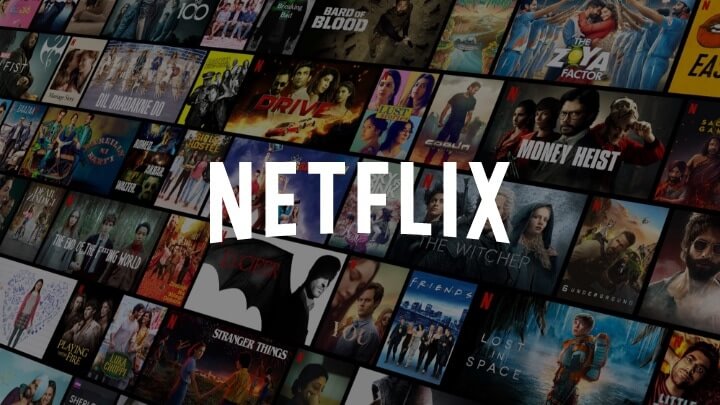 It is doubtful if terms like binge-watching would have been so much a part of popular digital language if not for the success and popularity of Netflix. The video streaming service that provides ad-free viewing experience to its paid subscribers in over 190 countries. Netflix has a rich library of award-winning TV shows, movies, and documentaries, as well as original shows produced especially for Netflix viewers.

As of October 2019, Netflix has more than 150 million subscribers globally and 60.62 million subscribers in the US. Out of which at least 23% streamed one or the other program every day. Its revenue in 2018 was $15.8 billion. Here are some more facts and statistics for you to ponder:

Despite being a paid service, Netflix is leaving even the free video streaming services like Sony’s Crackle behind. This is because of its business model that is created with only the customer and their convenience in mind.

Netflix realizes that customers own a wide range of interconnected digital devices, and they may like to watch their favourite shows on any of them at any time, as per convenience. Also, for a family, it doesn't make sense to have individual subscriptions for each family member.

Keeping these criteria in mind, Netflix has four subscription plans, where the plan decides the devices on which you can stream Netflix videos, as well as who all can watch them. 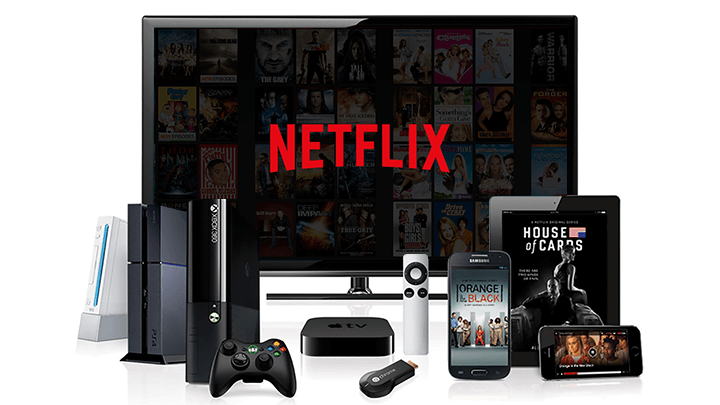 Out of these three segments, domestic streaming is the one that produces maximum revenue. However, since 2018 Netflix has started concentrating on international markets by acquiring or producing country-specific or area-specific content.

The emphasis on acquiring more content or producing Netflix original content has meant that the company has been reporting negative cash flows for the past 4 years. However, its profitability has been on the rise consistently.

Reasons behind the success of Netflix

Let’s look at some reasons behind the success of the concept and the company:

24x7x365 Service: Netflix rarely goes down. So confident is the company of its uninterrupted service that it has a service page that tells you whether the service is up at that point in time or not.

Free trial period: As discussed earlier, Netflix has four different plans for its subscribers. Whatever the subscription is chosen, the first 30 days are completely free. If users do not want to continue after the trial period, they can cancel without having to pay a single penny.

Netflix, an OTT video streaming app, is gaining popularity because it allows the viewers to watch their favourite shows and movies at their convenience. If you would like to launch your own on-demand video streaming app as a business, you must take care to include at least these features in the app:

Video sharing: Users should be able to share their favourite videos with friends through social media, or directly.

Content search: Users should be able to search for their favourite shows and movies easily. If the app makes it easier to filter content on other criteria like language, country of production, genre, etc. it could very well turn out to be its USP.

Netflix roulette: It is a feature that allows the users to select a genre and a format, and then click on the Spin button to see a list of randomly selected content that meet their criteria. This feature is very popular among users because it allows them to explore new content and not see the same old suggestions based on their browsing history.

Multiple devices and language support: Most of the users use multiple digital devices like smartphones, laptops, tablets, etc. Your app should support streaming on multiple devices owned by the user in a single subscription. If you can provide support for multiple languages, it would be an added benefit.

Download feature: An important factor in the popularity of Netflix is the ability to download content and watch it offline. However, not all on-demand video streaming apps in the market provide that. That is why you should aim to provide download feature in your app.

An average user spends 1.5 hours watching videos. To tap into this market, your app should have as many of these features as possible.

Here are some tips that you can keep in mind while creating such an app: 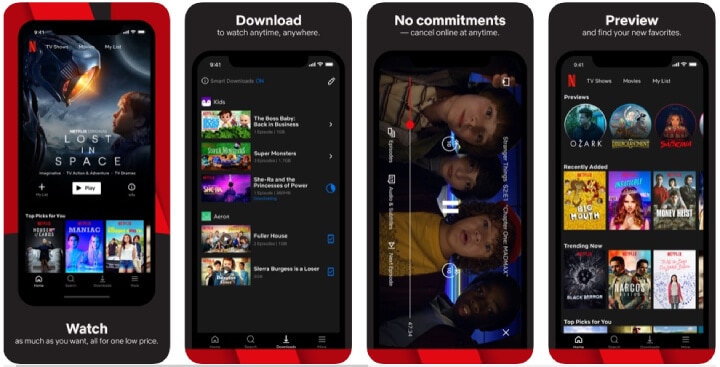 Depending upon the features that you are adding, think of ways to make it easier for the users to watch, bookmark, and share their favourite shows and movies.

The cost of video streaming apps depends upon many factors. Here we list the most important ones:

App features: We have discussed the most important features that must be a part of your app. Depending upon how many features you want to include in your app, the cost of the app will increase or decrease.

App platform: The technologies that you use to develop the app and then maintain and operate it also decides the cost of your on-demand video streaming app.

Netflix alternatives that are widely used by people globally

Amazon Prime Video is one of the top alternatives to Netflix because it not only has many popular movies and TV shows in its library but also boasts of exclusive programming for its members. 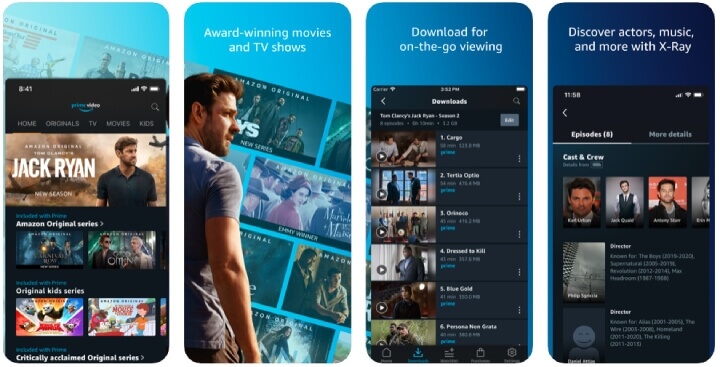 YouTube is not exactly a video streaming service, but it is a good alternative to Netflix because many good movies and popular TV shows are available here. Using YouTube also means that users have access to other types of videos as well, which are no less entertaining than TV shows and movies. 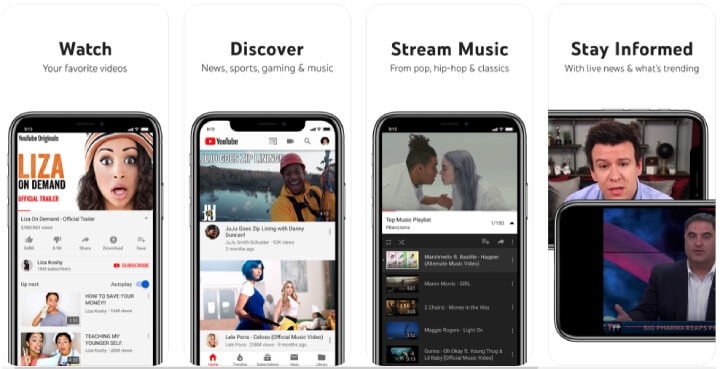 HBO's video streaming service HBO now offers a wide range of shows from old popular ones like The Sopranos to the latest hits like Chernobyl, Westworld, and Games of Thrones. HBO now is strategically priced between Netflix's standard and premium plans. 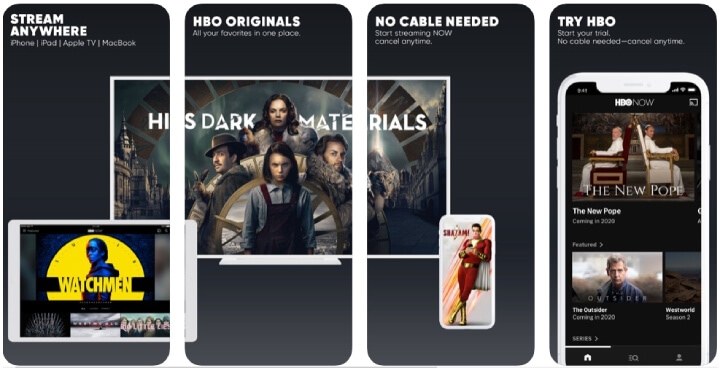 Hulu is one of the top on-demand video streaming services in the US. It has a huge library of popular films and TV shows. Recently it added live TV, where the users can watch live TV shows from more than 60 popular channels. Uses can stream via the web or Hulu app available in most of the Play Stores. 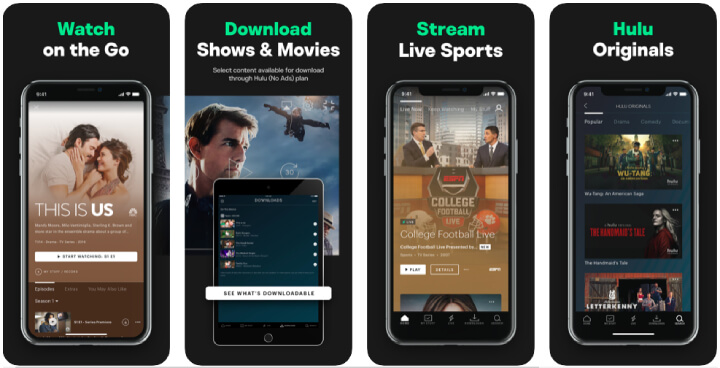 Crackle is Sony's free video streaming service, which has a rich library of content from classic TV shows to popular movies. However, nothing is free in life. Crackle shows many ads before and during the show, depending upon its length. 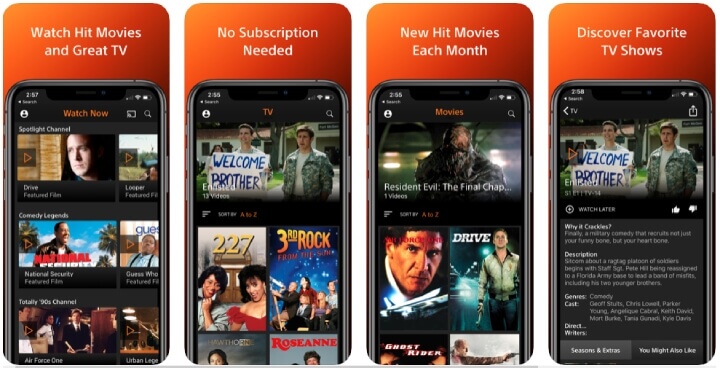 Hallmark Movies Now is a subscription-based on-demand video streaming service that offers family-friendly programming. Original programming is done for the show, which you cannot find anywhere in the company's other networks like Hallmark Channel, Hallmark Drama, and Hallmark movies. But the users can watch some of the popular shows and movies from the channels on Hallmark Movies Now. 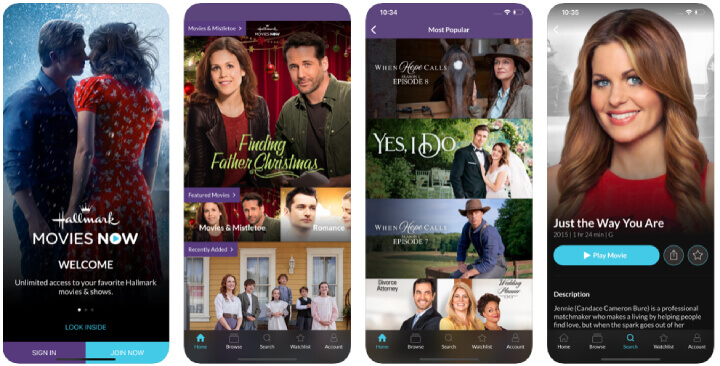 Fandor is exclusively dedicated to movie lovers. Indie, foreign, and documentary films from 28 countries like Australia, Japan, Spain, Germany, etc. are available here. The high point is that most of these movies are not available on commonly used video streaming services like Netflix and Hulu. Users can even filter according to the country.

AcornTV can be a good alternative for Netflix as it offers popular TV shows from many countries like Australia, Britain, Ireland, etc. But the service is available only in the US and Canada. The subscription costs $ 5.99 and is ad-free. The biggest drawback of AcornTV is that content cannot be downloaded to be watched offline. 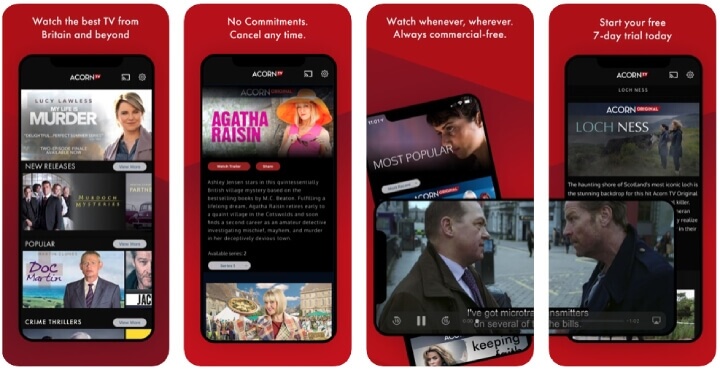 For the past couple of years, people are moving from text-based content to audio and then video. Even bloggers are switching to vlogs to retain their followers. With all this video content being produced online, services are needed to stream these videos to the viewers' devices. There are many online videos streaming mobile apps in the market currently, but still, there is scope for improvement and hence new services.

What are the best alternatives to Netflix app?

Some of the most popular alternatives to Netflix are Amazon Prime Video, Hulu, YouTube, Crackle, AcornTV, HBO Now, Hallmark Movies Now and Feeln. Visit the pricing page of each and compare the features before signing up. You can always go for free trials if the app has the option it.

How can I get Netflix for free?

When you sign up for Netflix, the first 30 days are free, even if you do not continue your subscription.

Why is TechAhead the best option to make an app like Netflix?

TechAhead innovates to provide software, mobile apps, and APIs that will not become obsolete as new technologies are launched. It uses an industry-standard workflow that makes development and time to market fast and easy. The team is highly experienced in creating video streaming apps. If you are not very sure of what your offering should be like, our experts also help you in designing the app. 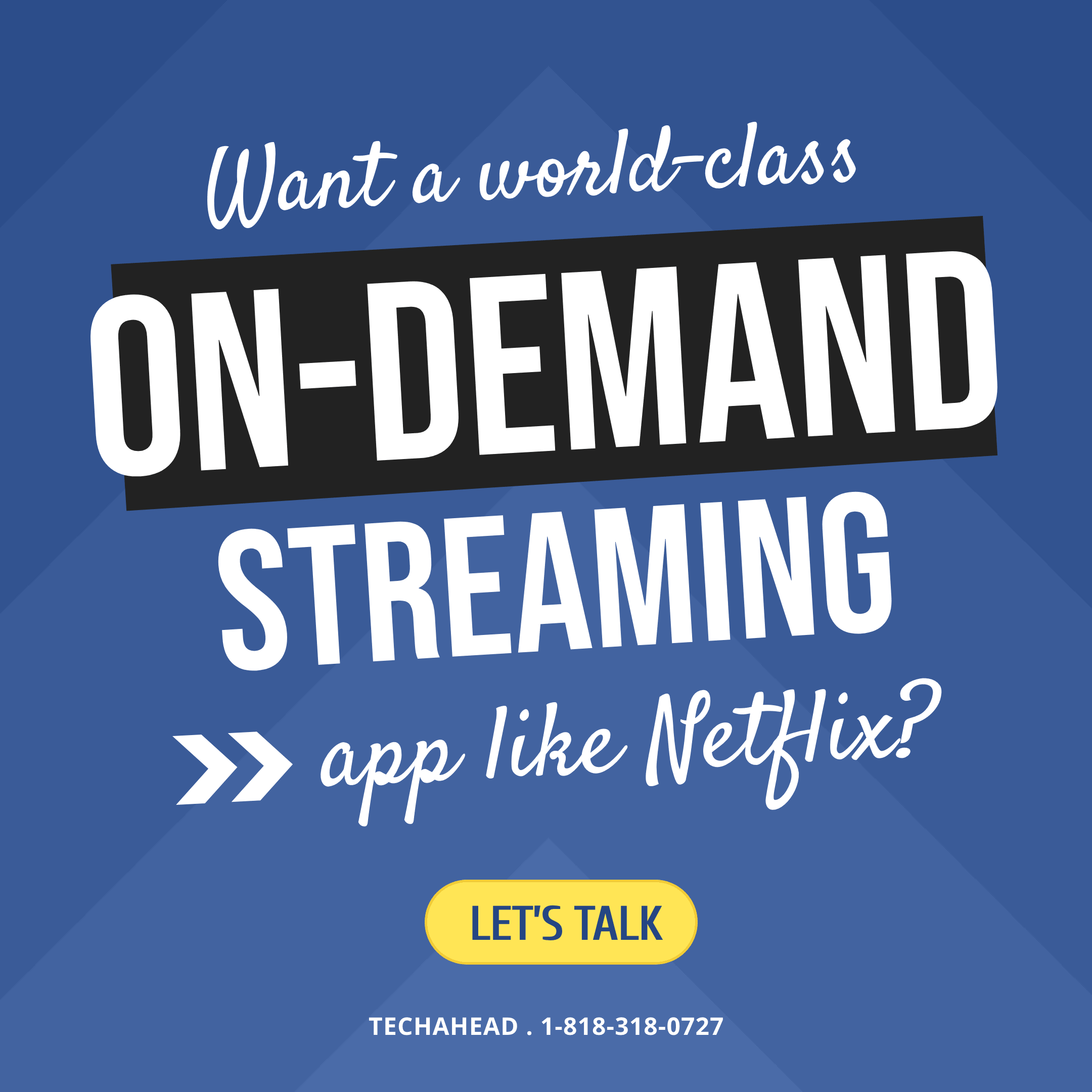 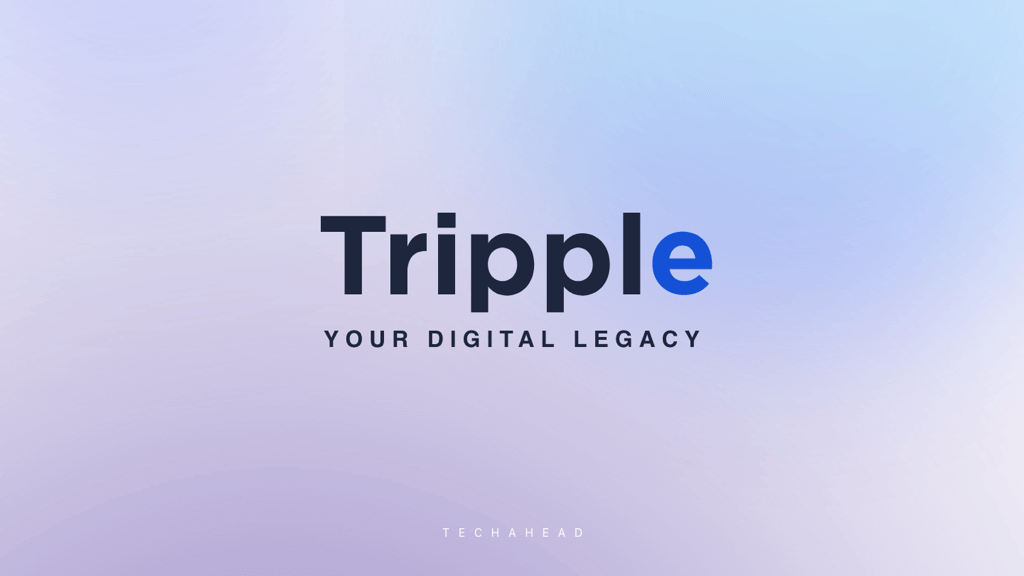 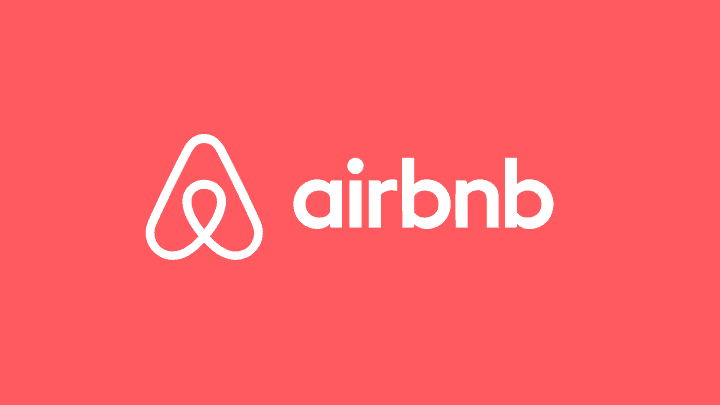 How much does vacation rental app like Airbnb development cost? 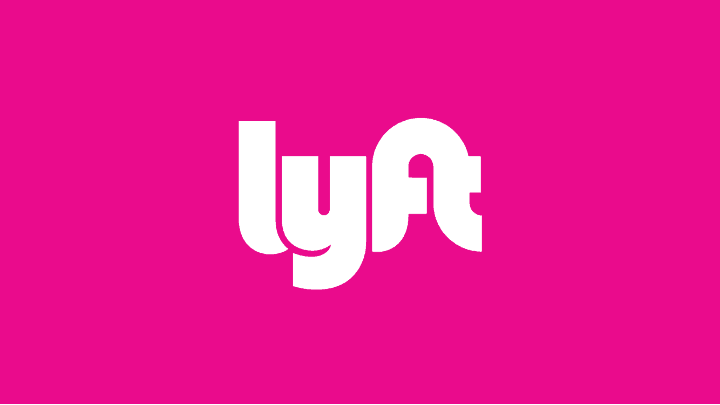 How much does it cost to make a ride sharing app like Lyft?