iPhone users got another reason to rejoice as Apple has officially released the most awaited iOS 12 version on Monday. This new OS will beef up your iPhone, iPad, iPod for the coming next-generation apps. iOS 12 have brought various noticeable features including better notification, speed & performance, FaceTime, and much more that can make your iPhone experience even faster, seamless and more intuitive. 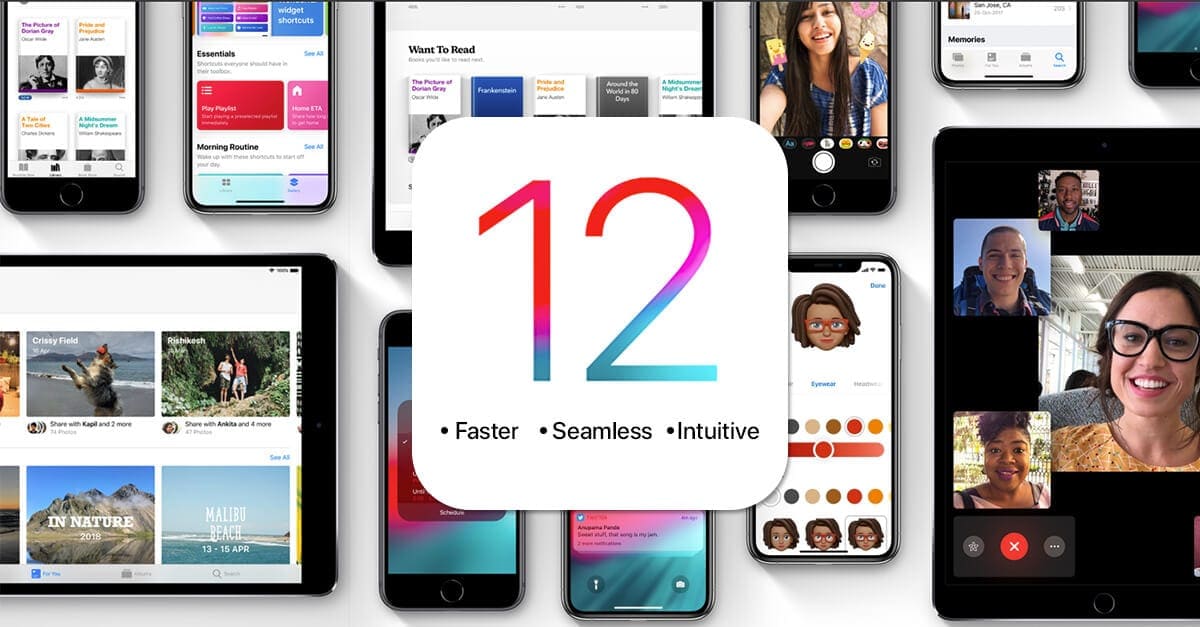 Wondering: Can My Phone Get iOS 12

If you have above compatible devices, then your device is automatically prompted to install iOS 12 or else you can unroll your device for the update to appear. You can manually upgrade by navigating Settings > General > Software Update.

Best New Features in iOS 12 For Your iPhone

Performance and speed are the two most important factors that determine the user experience. This OS release focuses on speeding up the things that user do every day, right from launching the camera to typing on the interface. Users will experience significant improvement in the speed of the device, and things will happen faster than ever.

Change in Facetime is considered to be the significant change in this release. According to Apple, FaceTime now supports video and audio with up to 32 people at once. Along with this, users will notice a change in the interface features, now the tile of the person speaking gets larger automatically. It will help users to remain on the track of the conversation. OS 12 enables users to start Group FaceTime right from a group thread in Messages at any time.

Users will enjoy Liven conversation feature, where they can easily add any personality or FaceTime to the messages right from the in-app camera. Along with this, users can easily create videos or pics using new cool filters, fun stickers, new animoji, animated text effects, memoji, and much more.

Apple focuses on creating a more immersive augmented experience through iOS 12 release. It enables multiple users to experience the reality simultaneously by sharing or sending AR objects through message & emails. Apple’s AR app “Measure” can acknowledge the real-world objects just by pointing the camera at them.

Unlike Android, iOS 12 finally come up with the smart management of notifications. Through this feature, users can efficiently manage their notifications in real time from the Lock screen, send notifications from a specific app to Notification Center, or turn them off altogether. Along with this, Siri makes intelligent suggestions about user’s alerts based on how they interact with them. iOS 12 facilitates users to set Do Not Disturb (DND), and it automatically turns off as soon as the event ends.

Finding any photo on your phone is no more a daunting task. Thanks to iOS 12 that has revolutionized the way to search photos. This operating system facilitates users with the ‘Search Suggestions’ including Moment, People, Places that help them to find the exact picture they want. The smart search suggestion will display the images related to recent events, people, and places immediately.

iOS 12 enables the users to smartly streamline all the task efficiently that they do with Shortcuts. Siri has done a lot to refine the user experience. It can now pair your daily tasks with the third-party apps that suggest correct shortcuts at the time you need. Along with this, users can run Shortcuts with the voice as well.

For instance - If you daily pickup a vegetable on the way to home after work, then Siri will memorize your routine and suggest you when required.

Screen Time feature of iOS 12 served with the aim to provide safety & security. This feature facilitates complete control to the users especially parents to track how their kids are using the device. Screen Time ensures a better understanding of the user's behavior.

Apple always values the safety & security of the users and make best possible efforts to tighten the security. iOS 12 has taken privacy & security beyond the level of the expectation. According to Apple, Safari has now stopped Share buttons and Comment widgets on sites from tracking you without permission.

These are nine brand new features that have made iOS 12 a great release. Some excellent features like Smart notification management, enhanced privacy, convenient shortcuts, smart photo search will make your mobile experience more responsive and pleasing.