The recent launches by Apple has the tech world buzzing with excitement, as the company announced multiple new products, and a new operating system- iOS14. One product that captured eyeballs was the Apple Watch 6. Interestingly, Apple held the largest share of the global smartwatch shipment market in the first quarter of 2020, thereby proving the exhilaration around the new watch as justified.

With oodles of new features and new colors released in Series 6, we are the most excited about the new healthcare features that are a true breakthrough. Apple itself is promoting the watch with ‘The future of health is on your wrist’ by bringing some revolutionary features that put you in better control of your health.

“Apple Watch Series 6 completely redefines what a watch can do,”

So, how exactly is your future on your wrist? Let’s discover 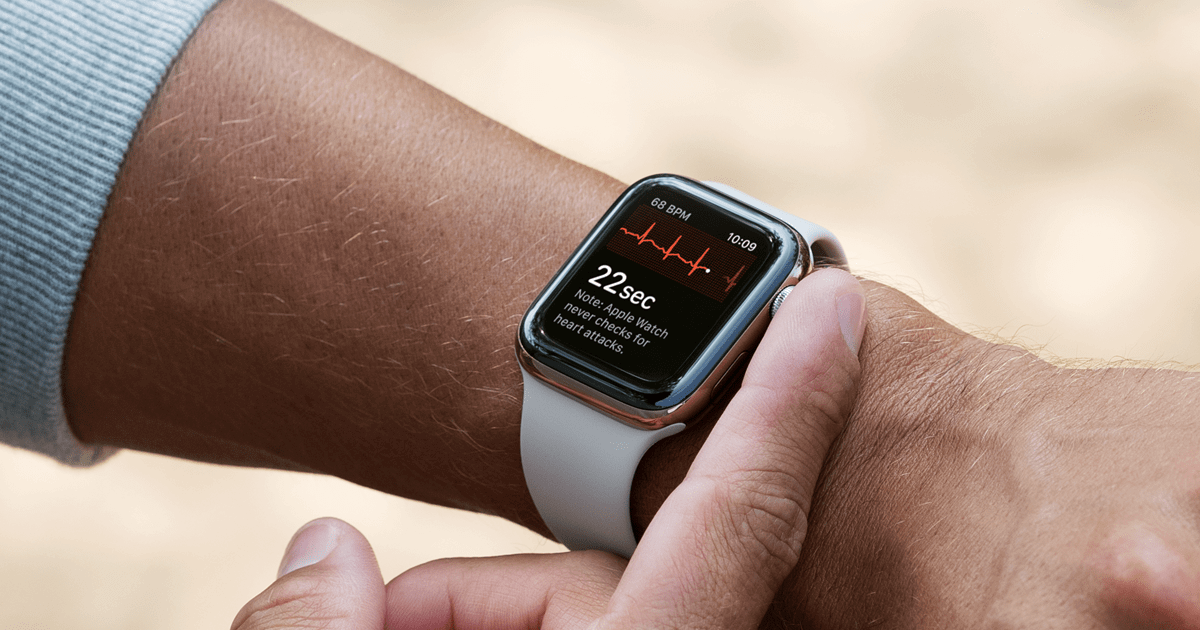 Expanding the previous capabilities of the Apple Watch, the blood oxygen sensor can measure the oxygen saturation in a user’s blood. As per Apple, oxygen saturation, or SpO2, represents the percentage of oxygen being carried by red blood cells from the lungs to the rest of the body and indicates how well this oxygenated blood is being delivered throughout the body.

The blood oxygen sensor works with four clusters of LEDs- Green, red, and infrared. It also employs photodiodes at the back of the watch that measure light which is reflected back from the user’s blood. This then goes through an advanced algorithm, custom builds into the Blood Oxygen App that measures oxygen between 70-100 percent. All data goes into the health app, and a user can track it accordingly.

Interestingly, Apple is also working with various universities and health care research bodies and centers, to further understand how blood oxygen can help in managing heart failure. Apple is also trying to work and investigate to figure out how signals from Apple Watch, such as heart rate and blood oxygen can help in showing early signs of respiratory problems such as COVID-19 and Influenza. 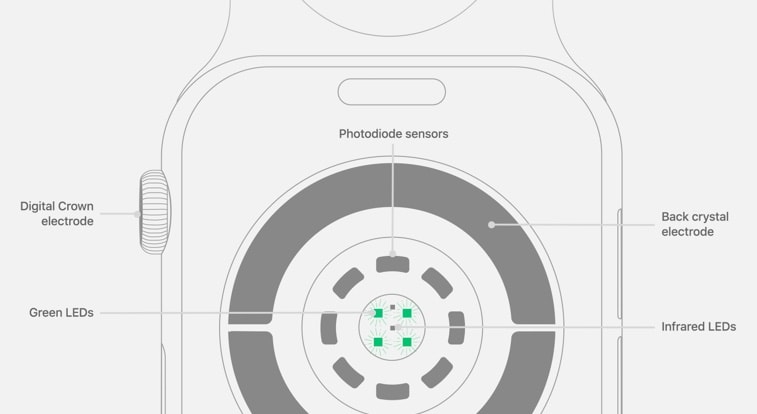 As per Apple, ‘ECG. On your wrist. Anytime. Anywhere.’. Breakthrough? Definitely.

First things first, what is ECG? An electrocardiogram (also called an ECG or EKG) is a test that records the timing and strength of the electrical signals that make the heartbeat. By looking at an ECG, a doctor can gain insights about your heart rhythm and look for irregularities.

With the ECG app installed right in your wrist, it makes the Apple Watch Series 6 skilled enough to generate an ECG similar to an electrocardiogram. This is revolutionary because it can help provide critical data, in time to a doctor and of course, give you peace of mind. Using it is fairly simple, the digital crown of the watch has electrodes built in that work with the back crystal to read a user’s heart’s electrical signals.

A user has to touch the digital crown that will generate an ECG waveform in less than half a minute. The app will show whether your heart rhythm is irregular or if it’s beating in a normal pattern.

The fact that these are now available on your wrist, in your control is a big win for Apple, thereby making them revolutionary for sure. Apple Watch anyway is known for its health features and has made news earlier for saving lives (especially with its fall detection).