Apple rolls out iOS 14 update, here’s what’s in store of you

Apple rolls out iOS 14 update, here’s what’s in store of you

Apple rolled out it’s much awaited iOS 14 update yesterday. iOS 14 beta was announced back in June at Apple’s Worldwide Developer Conference (WWDC), and while this roll out came as a surprise to many, the excitement stayed intact. The update will be available on all iPhones till iPhone 6s, including iPhone SE (both generations), however availability of some features may differ.

While there are plenty of features to be excited about in this version, the one that has everyone pumped are the changes to privacy and security. With iOS 14, Apple is putting security and privacy in the very center, and we have every reason to rejoice that. For the first time ever, in the history of iOS, Apple now allows users to organize their home screens.

As mentioned earlier, with plenty of features to look forward to, here are some of our favorites and what have emerged as some popular ones:

Probably one of the most exciting changes in iOS 14 is the upgrade to widgets. Much like Android, iOS now allows you to customize your home screen and add widgets as per your preference. You can choose to add whatever widget you want, and perfectly important things in a day, such as to do lists, commute, activity, events etc. Additionally, the entire look and feel of widgets has been redesigned to provide more utility. Another interesting change to widgets has been, that now you can change the size of them. As per your convenience and requirement, you can make a widget smaller or larger.

Your home screen will now look way more organized and cleaner, thanks to the App Library. Usually a ton of apps fill the phone screens (especially for those that haven’t been put in folders) and makes the screen look cluttered. Now App Library auto arranges your apps into folders. This makes it easier for you to find apps that would otherwise be lost. You can also hide your home screen pages to straightaway get to the app library. Any new apps downloaded automatically go to the app library. 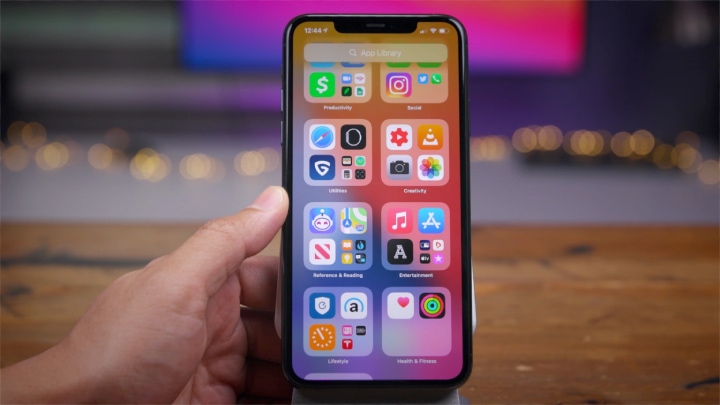 You know when you get a call on your iPhone, the entire screen turns black for the call to show? Not anymore! Apple has introduced compact phone calls feature with this version that does not take up your entire screen space but only the top like a banner. This gives you the option to take or reject a call, without losing track of whatever else you were doing on your screen at that time. Similarly, for Facetime calls, instead of taking up your entire screen when you get a call, it will not show as a banner on the to, you can swipe up to reject the call or swipe down to accept it.

This awesome feature that has been available on the iPad for a while now, is now finally here on iPhone. This allows you to continue watching a video or continue your FaceTime call by simultaneously allowing you to use another app.

Apple has now released its own translation app that allows you to type and speak and translate from one language to another. This is a built-in app to iOS 14, and will now make it easy especially because you will not need another 3rd party translation app. 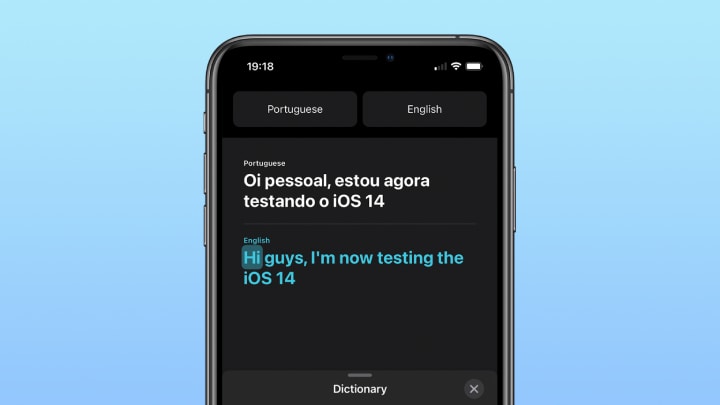 Apple has released a bunch of changes to the messages app, mentions being one of them. This allows you to ‘mention’ people, especially in a group chat that you are particularly referring to. In fact, now you customize settings in a way where you will notifications from a group only when you’re mentioned.

You can now also pin (up to 9 pins) your favorite conversations on the top of your messages, so it’s easier for you to instantly reach them. 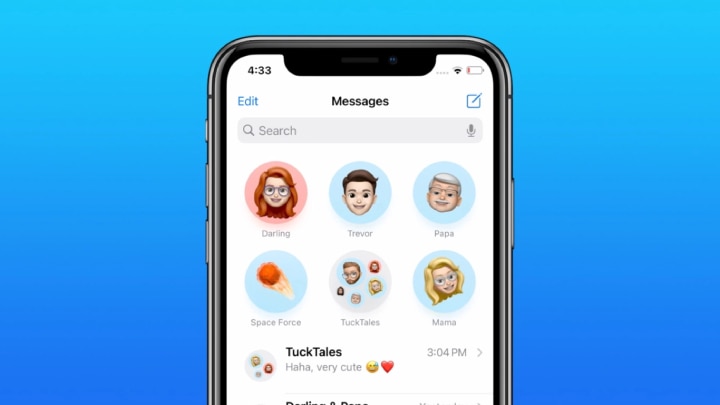 The first major update that comes with maps is the inclusion of cycling directions, which earlier has been a constant with Google Maps. However, this feature is still in it’s beta mode and may not be available for all locations. Maps will now let you know whenever there is a speed camera or traffic light approaching, on your particular route.

Maps has also introduced ‘guides’ that will recommendations for places to eat, visit, shop, explore etc in a city. Although available for limited cities right now, it should extend to other places soon. 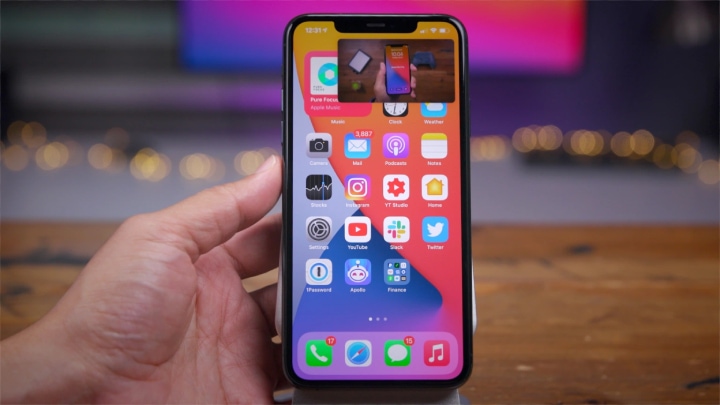 Siri is now smarter (than before!)

According to Apple, ‘Siri has greatly expanded knowledge with 20x more facts than just 3 years ago., thereby making Siri smarter as compared to before. It also has a more compact UI, that will enable to refer to information and launch into your task more efficiently. Also, instead of taking up the entire screen, if you call for Siri, it now launches in the center bottom of your screen. 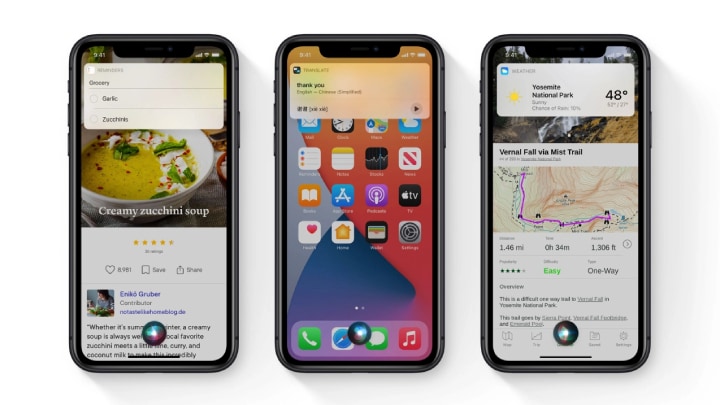 Apple has introduced a ‘back-tap’ feature in this update that is quite exciting. With the back-tap feature, you can define a number of actions when you tap two or three times on your iPhone. These features can be home, screenshot, app switcher, lock screen, or Siri shortcut.

One of the biggest update with this version has come with the way your phone protects your data. With iOS 14, apps will now have to take your permission before they track you. You can easily check which app you have given permission to, in your settings and change as per your preferences. You can also give limited access to your photo library as compared to earlier wherein an app had access to your entire library. You can now also see a summary of the privacy practices of any app on the product page in app store before you download it.

Additionally, iOS 14 will now show a recording indicator, whenever an app has access to the mic or camera or both.

While the launch of a new iPhone was delayed, Apple did launch a new Apple Watch and iPad, along with a few other things, on their recent launch event. However, As always, an iOS update is an exciting announcement. While these are some of our favorite features in this version, it is essential to keep in mind the update comes with a lot more, and we cannot wait to find more, as we go along.

TechAhead is involved in flawless iOS app development to give your company a competetive advantage.