Google officially released the Android 10, six months after the first beta release. Formerly known as Android Q it ditches the previously used dessert-based names for all Android updates. The software update is available for select Pixel phones and some models of Xiaomi and One Plus as well. The new update has come with a host of improvements that let you control your phone better. Android 10 also claims of a number of tools to improve your safety and privacy, with over 50 changes being made related to the same. The new update is full of functionalities and aims to give you more control over your phone, just the way you want it.

This update of the Android software boasts of features powered by machine learning and will support all new technologies such as foldable and 5G. With a variety of new features (some obvious and some hidden), here are the top features of the new update- 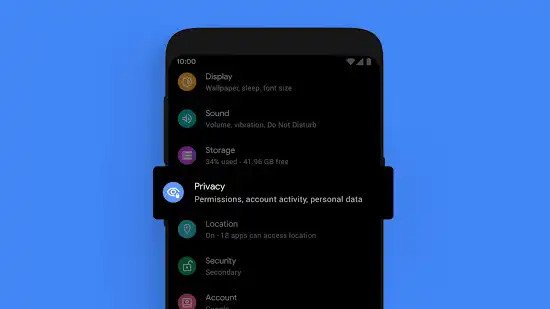 Google is ensuring users have greater control over the data that they share with various apps on their phones. Similar to IoS, Android now offers the ability for the users to decide how and when they want to share their location information with an app only when they are using it.

New controls also feature an app permission manager, location history etc. It is not easier to see account activity in settings to check what kind of data is being used and collected.

Google has finally added a full dark mode in this update that can be enabled at all times or as per scheduled time. Google gives you the option to enable it for your entire phone or specific apps, such as photos or calendar. The dark mode is a rage for aesthetic reasons; it is also easier on your eyes and battery.

With this Android 10 update, you get more than just suggested responses to your texts and messages. You now get recommended actions besides suggested replies. For instance, if you get a message with a dinner plan and location, Google Maps will open up and help you navigate basis the address shared on the message. Similarly, for a message with a Youtube link, it will recommend opening Youtube without copying the URL.

With Android 10, the sound amplifier feature allows its users to adjust sound settings even in a noisy environment. According to the update, users can boost sound, fine-tune the audio of their smartphone to get the best listening experience and filter background noise.

The new Android features are fast and smooth and offer more fluidity. It is now easier for users to go backwards and forwards hence making it easier to use large-screen phones. The updated gesture navigation is now optional to use, however, the new system is more efficient and makes gestures smoother.

Google now allows you to focus more on what’s in front of you. Focus mode is in Beta mode for now and enables you to select apps and pause them. It will enable you to turn off a distracting app and focus on what’s important. 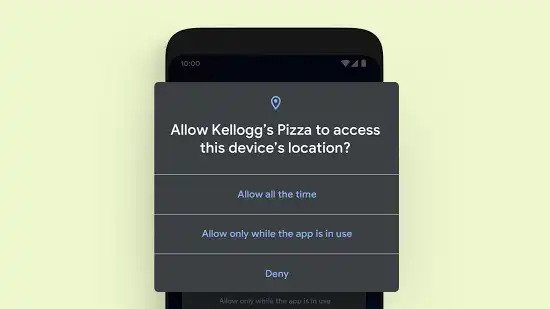 As mentioned earlier, now android users will have greater control over when they want to share their location with the apps on their phones. It allows users to pick between three options - always, never or when the app is in use. Also, Google will remind users about the mobile apps that they are not using actively but are using their data so that they can decide if they want to continue sharing their data.

Android vs iOS: Which Mobile Platform is Best for App Development?

These are just some of the Android 10 features we found interesting in the new update. Besides these, the new update also features 65 new emojis, including 56 gender-inclusive emojis. In addition to this, it also comes with support for direct audio streaming to hearing aid devices, hence enabling technology with ease.