Google App Store Statistics You Must Consider Before Building an App

Google App Store Statistics You Must Consider Before Building an App 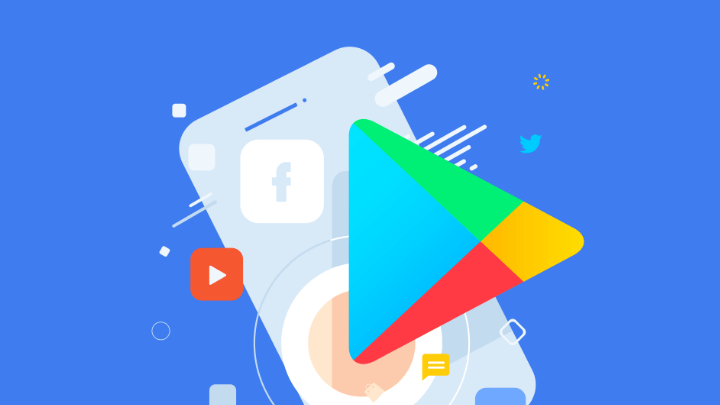 The trends in mobile application development and mobile app user behaviour have changed a lot in the past few years. Mobile applications are the best way to increase user engagement and explore new opportunities beyond the web browser in a cost-effective manner. A good app is a crucial factor for luring user experience and engaging deeply with brands for achieving business goals. There were 204 billion app downloads worldwide in 2019 which clearly depicts the huge number of mobile app users. And with a prediction of hike in the number of smartphone users from 3.2 billion in 2019 to 3.8 billion in 2021 worldwide, the number of mobile app users is certainly going to rise.

Google Play Store caters to the needs of people across the globe and plays a vital role, acting as a global platform for any new mobile application. But there are some facts, especially stats associated with the Google Play Store that must be foreseen before building an app. In this article, we will discuss those stats and facts and in detail and will try to understand how they impact businesses across the globe. Let’s get started.

1. How many apps are available on Google Play Store?

Google Play Store is exploded with the number of mobile apps. It’s widely known as one of the most trusted platforms with millions of users visiting it every day. This seems to be a reason good enough for such popularity along with being the first choice by most of the developers as a platform for their apps which eventually increases the number of users. The estimated number of apps present on the Google Play Store is 2.9 million and it’s expected to rise further by the end of 2022.

2. How many apps are released Daily, per week, month and year?

The demand for mobile apps has constant growth with no hurdles on the way. As per the report, 3,310 applications are added to the Google Play Store in a day. It might seem to be a quite small figure but it contributes to making the larger one on a broader scale.

Ratings on an app, help users make the right decision about it. According to a report, around 1,155,638 apps on the Google Play Store have no user ratings while the rest of the apps i.e. 2,043,044 have ratings. Google App Store has enabled users to make the right choice and the developers to improve their apps by facilitating user ratings on the apps.

It’s not true that only paid apps help in generating revenue. As free apps are downloaded more and generate high revenue, developers prefer to build Android apps free for users. The current number of Android apps with in-app billing is 259,555.

Since the usage of the internet is not limited to any particular device, people access it through their smartphones, tablets, desktops, and laptops alike. Research shows that app usage is very high in some categories which dominate smartphone usage. Refer to the chart below for a better understanding of smartphone usage by specific app categories.

- Usage by Country: Behaviour of the users regarding mobile apps change as per the location changes. Certain countries have a high rate of app usage as compared to others. For instance, India has a massive increment in app downloads from Q2 2018 to Q2 2019. It has increased 4.39B to 5.26B.

The popularity of any app depends on the category in which it lies. Gaming apps were the most popular app category in the Google Play store as of the fourth quarter of 2019, claiming for 13.35% of available apps worldwide and followed by education apps a share of 8.95%.

We all know that the total revenue is the result of the combination of all the revenues generated by various apps lying under different categories. The total revenue generated by the Google Play Store worldwide in the first half of 2019 was reported to be 14.2 billion U.S. dollars.

There were reported to be 1.2 billion video gamers in the region in 2018, generating a combined revenue of 71.4 billion USD. Similarly, there are other categories that contribute to the same. Top categories by revenue are gaming followed by dating and social apps.

Gaming is one of the strengths of Google Play which reflects its popularity in less-mature markets where gaming apps are more prominent. As of January 2019, King generated approximately 93.8 million USD in revenue from its Android game downloads worldwide followed by Netflix.

Google Play Store is full of mobile applications and with such a large number of applications, the competition gets tougher. These were some of the factors and statistics that must be kept in mind and understood well before building your own app as it can unfold hidden benefits.

How many applications are on the Google Play store?

Google Play Store is exploded with the number of mobile apps. It’s widely known and one of the most trusted platforms with millions of users visiting it every day.  The estimated number of apps present on the Google Play Store is 2.9 million and it’s expected to rise further by the end of 2022.

How to publish an Android app in the Google play store?

How to Feature my app on the Google Play Store?

Here are some recommendations that can help in featuring an app on the Google Play Store.

How much does an app make with 1 million downloads?

Getting 1 million downloads is not an easy task at all. But in case you’re lucky enough to achieve it, you can earn between $10000 to $15000 per month.

What age group uses apps the most?

What percentage of apps are successful?

It’s not an easy task to be a mobile app developer as the competition is too high, and the chances of creating a successful app are meagre. A Gartner report quoted that less than 0.01% of all mobile apps become financially successful.