Angular vs React: Which framework is suitable for your mobile app?

Angular vs React – Which framework is suitable for your app? 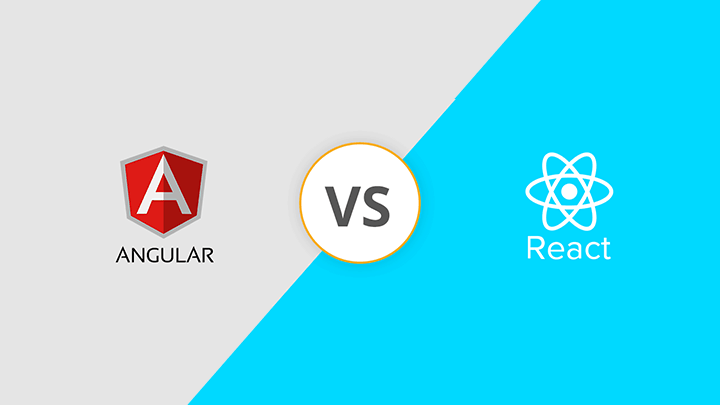 While the Jury is still out on which is better - Angular vs React, let us have our own little discussion. When it comes to using tools for developing mobile apps, there can never be the best tool. Each one has its own benefits and drawbacks. A feature that is advantageous in one situation may prove to be a drawback for another. So, there cannot be a definite outcome of our discussion, which would declare Angular vs React to be a better framework.

Angular vs React - A Comparison Chart

Leaving the choice of the right framework to the last possible moment can unnecessarily increase development times. Let's compare each other:

1) Architecture: When talking of Angular vs React, it boils down to framework vs library. While Angular is a full-fledged MVC framework, being a descendant of Angularjs, React is more like a library of UX components. It is only the V component of MVC. You need to use other libraries for M and C components.

You can take it to be an advantage or disadvantage depending upon your preferences. If you like things done your own way it is easier to add your own components/libraries to the React framework because of its minimalist approach. However, if you are using Angular, you must accommodate the pre-existing libraries. If the app that you are developing needs libraries that are already available in Angular, it would make sense to use Angular. On the other hand, if the libraries that you need are not there in either Angular or React, you cannot really make a decision based on this criterion.

Angular bundles many components that a standard app might need, like routing, AJAX requests, forms, XSS protection, etc. On the other hand, React has minimal in-built features. This allows you to build those libraries yourself, tailored to your exact requirements. Or you can choose from a wide range of libraries developed especially to be work with React.

2) Language Expertise: When we are discussing Angular vs React in terms of language expertise, Angular uses TypeScript, which was released in 2012. Thus, it is a relatively new language and has a small number of people using it. React uses JavaScript which was released in 1995. So, it has a larger number of developers using it. This means that if you have a larger community to reach out to in case of any issues.

3) Scalability: Angular is highly scalable due to its robust design and powerful command-line interface. But React claims to be easier to test, which would make scaling easier too.

4) Using Third-Party Libraries: The Typescript was Introduced by Google to counter the steep learning curve of JavaScript. However, when you include third-party libraries, TypeScript becomes a headache. Definitions of all the libraries to be used must be there in TypeScript, as it is statically typed, which makes working with third-party libraries a tad cumbersome.

5) Licensing: Angular comes with free open source licenses, so companies would find it easier to adopt. Coming from Facebook, React started out with some patent clauses which were not suitable for many enterprises. However, it was re-licensed under MIT license, making it accessible to all. But still, you must read the finer points before choosing to use React.

Out of all these, React native is the best framework for developing mobile apps in terms of both ease of development and product performance. This does not, however, mean that other frameworks don’t work. Like the discussion at hand, it depends upon what you want to do, what your requirements are.

7) Speed: Considering the components between Angular vs React, Angular has, it takes time to load, especially on mobiles. In comparison, React was always sleek, and hence loaded faster. After the introduction of Fiber architecture in the second quarter of 2018, it loads blazingly fast.

Even Angular 5, the latest version of Angular released in November 2017, does not come anywhere close to it. Though, the emphasis of Angular 5.0.0 is to make Angular smaller but faster. If speed is important to you, React should be the chosen one.

Here, we have mentioned some benefits of the Angular framework:

1) Supported by Google: The development and maintenance of the Angular platform are supported by Google and it has pledged long-term support. This indicates that Angular is here to stay and hence developers would do well to learn and use the framework.

2) Declarative UI: Angular uses declarative UI. This means that developers simply need to work on coding the components without worrying about which one needs to load first. Program flow is completely taken care of by Angular internally.

3) Improved Readability: Angular is written in Typescript, which is a superset of JavaScript. Typescript supports static typing of variables, classes, and other interfaces. This makes the code error-free as well as more readable.

4) Simplified Unit Testing: Angular has its own components and modules that are independent of each other. This makes testing the independent units easier and faster because they can be tested in any order without worrying about the inputs and outputs for other components.

5) Code Reusability: Angular has a component-based structure, which essentially means that developers can code different components of the application independently. These components can be then reused across the application as a black box.

6) Modular Structure: As you know, Angular is a component-based framework. Each component is organized into modules with its services, pipes, or directives. Development can easily be assigned according to these modules, making the whole development process streamlined and manageable.

7) Simplified MVC Pattern: Angular has simplified the typical Model-View-Controller pattern into the Model-View-View-Model (MVVM) structure. This has eliminated the need for writing controller codes. Besides cutting on development time, it ensures a lighter and faster code that makes the apps faster as well.

Advantages of Angular over React

As pointed out earlier, a discussion on Angular vs React cannot have a clear-cut winner as both have their own advantages and disadvantages. Here are some of the advantages of Angular over React:

Here, we have mentioned some benefits of React framework:

1) Focused and easy-to-learn: As you know by now, React JS is not a full-fledged framework, but a set of libraries focused on rendering the view layer of MVC (Model-View-Controller) or MVVM (Model-View-View-Model) app development architecture. This means that there is no complexity involved in any of its components. A developer familiar with a component's properties, state, and life cycles can hit the ground running.

2) Backed by a strong community: Although React was originally created for internal use by Facebook, currently it is supported by engineering teams at both Facebook and Instagram as well as external React experts. There are open communities and forums where developers can post queries and get solutions.

3) SEO friendly: Search engines are unable to process applications that are heavy in JavaScript. However, as React allows the use of HTML, using React the applications can be rendered as a regular web page in the browsers. This helps in page SEO and search engine rankings.

4) Guarantees stable code: React JS uses downward data flow. This essentially means that if an object is modified, only that data gets updated. This ensures a higher degree of code stability and better app performance.

7) Easier maintenance and updating: Each application developed in React JS is broken down into smaller components until each component is a single entity in itself. Once the code for each object is developed, it can be used and reused across the application. Late binding also ensures that only the actual modifications need to be updated in the DOM. A high degree of reusability and faster rendering make code maintenance and updating very easy.

8) The overall process of writing components: Some of the features of React JS, like HTML, quoting, informative warnings, error messages, and prevention of code injections make it easier to develop product components.

Advantages of React over Angular

Let us flip sides now and see what are the benefits of React over Angular:

Angular vs React - Which brands are using?

Angular vs React - When to use what

Stephen Covey said that there are three constants in life – change, choice, and principles. It applies to frameworks like React and Angular too. As they keep changing continuously, you must choose to work with them depending on the basic principles discussed just now. In last, which is the best framework for your Angular app development or React app development will also depend on your requirements and the experience of the chosen mobile app development company.

Which framework is more popular – Angular or React?

Before we look into which of the two are more popular, you must understand that Angular is a full-fledged Framework while React is just a highly mature JavaScript library. Both Angular and React are used by start-ups as well as Fortune 500 companies. However, as per StackOverflow Survey, React is more popular than Angular. 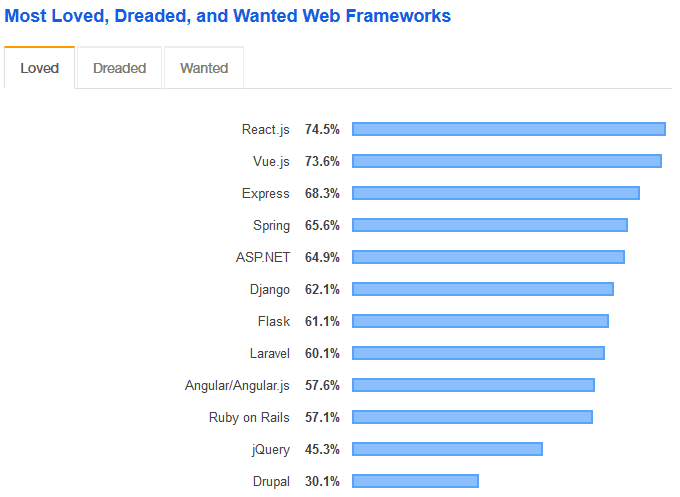 How Angular is better than React?

React uses JavaScript whereas Angular uses Typescript, which provides a cleaner and more easily readable code. Also, as Angular is a full-fledged framework, it is more suited for big enterprise-wide applications.

How React is different from Angular?

The major difference between React and Angular is the language they use. React uses JavaScript whereas Angular uses Typescript. Also, Angular has two-way data binding whereas React supports one-way data binding.

Can I use Angular and React together?

Is React is better than Angular?

React enables you to achieve the same result with a lesser amount of code. Also, when it comes to performance, React is much faster than Angular.