Why engineers are convinced React Native is the future | TechAhead

If you look at the metrics on Google trends, React Native framework’s popularity has grown significantly over the last three-four years. The latest versions of mobile apps of some of the most popular organizations such as Facebook, Instagram, Airbnb, and Salesforce have made extensive use of React Native framework to get a competitive edge over the market.

Before concluding whether a framework is right for your app, it is crucial to understand the intricacies and the core differences between the platforms. As the user experience for iOS and Android is different, you need to build your application in such a way that it looks natural on both platforms.

As a matter of fact, React Native has become the choice of 42% of the developers worldwide. It is evident from the graph below by Statista that React Native is not merely existing but thriving in the market. 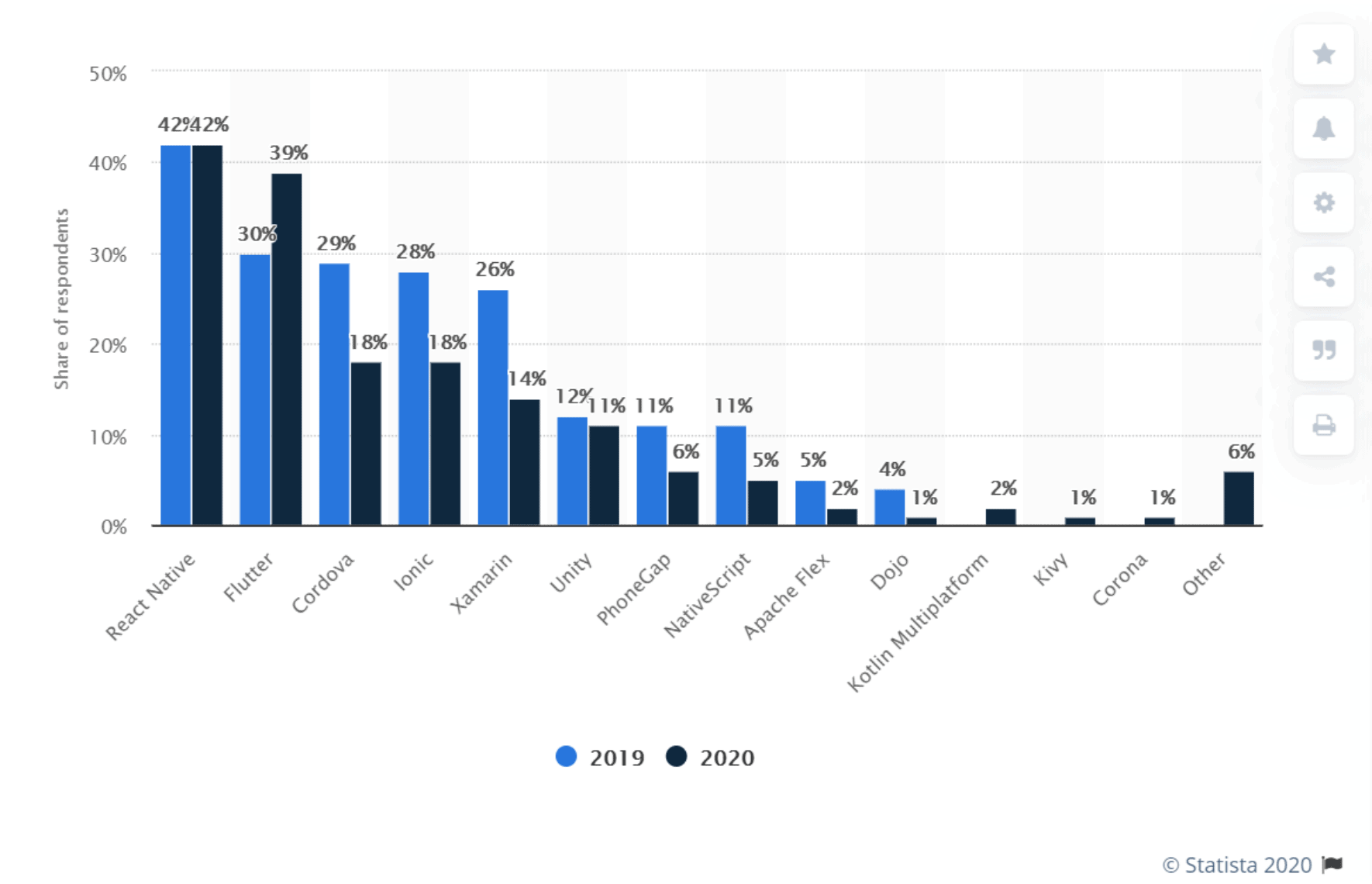 No doubt, React Native brought a paradigm shift in the mobile app development, and mobile engineers at TechAhead were able to reap a handful of benefits it holds. Being one of the early adopters of React Native, we can safely say that React Native is revolutionary in multiple ways. Our team believes that React Native makes mobile development fun and that alone is enough for you to try it out for your next project.

Why will React Native go great guns in 2021?

Hybrid app frameworks have been evolving every year intending to balance both the development cycle and the user experience. While some failed miserably, some emerged victoriously. React Native has registered its name in the most prominent list for building complex hybrid apps with an ability to jump into native on each platform.

The best part about React Native is its ability to load immediately, saving a significant amount of time as you will not be disrupted by those pesky build times. Even if there is a need to add a feature in the future that React Native Library does not support, it is easy to write your own Native module in the corresponding language which can be easily linked to your React Native codebase.

The key reason behind the continuous success of React Native is its ability to perform portable and reliable JavaScript. The developer needs to focus on writing code for a specific platform without considering compatibility with other platforms in mind.

Building startups is more like driving a sports car. No doubt, it keeps the fun element and excitement very high, but at the same time, it demands you to take quick yet wise decisions.

For startups, money is one the most significant factor to be concerned about as the primary goal is to achieve faster returns at minimal cost in order to survive in a competitive market. With React Native, the primary benefit is the fact that the same code can be used for deployment on both Android and iOS platforms which not only makes it cost-effective but also time savvy. Additionally, React Native allows the startups to easily launch the application on major platforms and help their business services reach a wider user base.

Community support is a huge advantage of using React Native with two lakh+ questions already existing on Stack Overflow related to the framework. React Native has developed a massive community of millions of developers where new versions of the project are released every month. The interesting fact is that the community of React Native grew organically, thanks to its instant rise in popularity. In addition to that, there are countless libraries, tutorials, and UI frameworks which makes learning technology and developing an app with it a seamless affair.

As Facebook focuses on a large-scale re-architecture of the technology, the team at Facebook is putting their best efforts into improving support for both React Native users and the wider community.

The mobile app development experts at TechAhead recognized the framework’s potential and adopted it as soon as it was open-sourced in 2015. We have a leading team of React Native specialists having a proven track record of extracting the most out of React Native capabilities and delivering high-quality React Native apps in record time. Our mobile experts have already built 100+ mobile apps using the React Native framework to date.

Case Study - Here’s how we designed a sturdy app on serverless scalable architecture for PicklePlay that can withstand millions of users leveraging server autoscaling infrastructure. The performance optimization led to a smooth and engaging user experience, thereby boosting the app downloads through “word of mouth.”

If you consider hiring a React Native app development company that has successfully delivered highly flexible and feature-rich cross-platform React Native apps within tight deadlines, cease to look beyond TechAhead.

Reach Us to take your technology ahead with TechAhead! 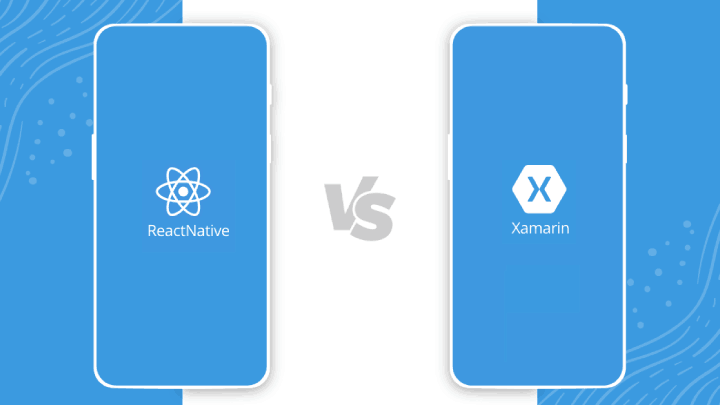