How TikTok has changed the social media game

How TikTok has changed the social media game 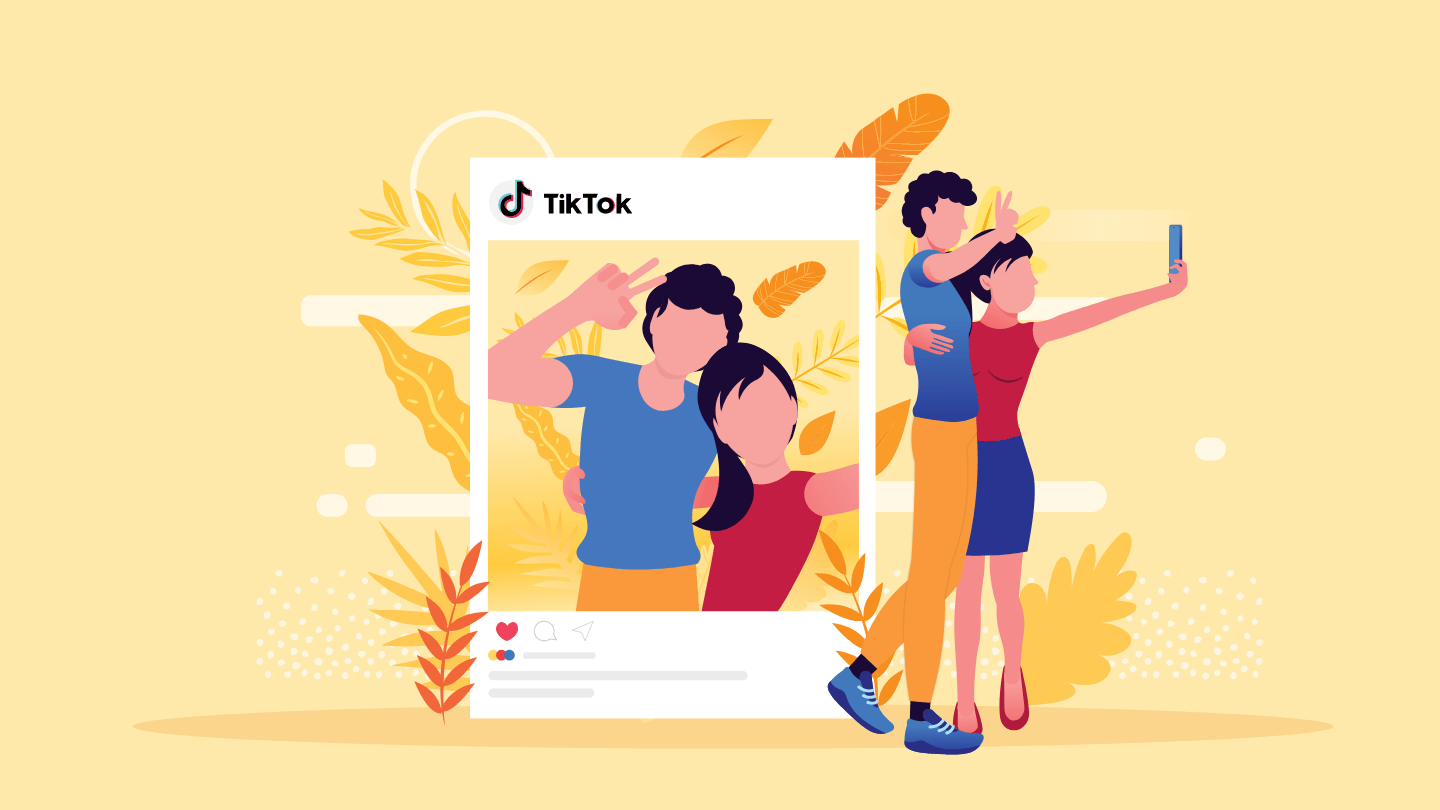 TikTok has been one of the most talked-about social media apps of recent times and became the topic of conversation for both good and bad reasons alike. For those of you living under a rock, TikTok is a social media app that enables its users to create short videos ranging from lip-syncing to comedies to talent videos, etc. Chinese developer, ByteDance launched the app in 2017 primarily for markets and regions outside of China. TikTok is available both on iOS and Android. As per the app, ‘Our mission is to inspire creativity and bring joy.’

TikTok boasts of a whopping 500 million active users worldwide, making it 9th with respect to other social network sites, such as LinkedIn, Snapchat, Twitter, and Pinterest. TikTok had approximately 13.2 million new users in the United States alone during Q1 2019, an increase of 181% year-over-year, or 2.8 times the 4.7 million installs it had there in Q1 2018. The growth of the app has been accredited to largely to India. An estimated 88.6 million users joined the app in Q1 19. This was 8.2 times more the number in Q1 18 and was largely from Android, with Google Play responsible for almost 99 percent of downloads.

TikTok US Adult User Distribution, by Age & Income in March 2019

Since its launch in 2016, the app has experienced massive growth. TikTok, also known as Douyin in China now, was actually launched as A.me back in the year 2016. Douyin had approx. 100 million users, and daily 1 billion video views within only just 1 year of its launch. It was only renamed TikTok, when it was launched internationally in September 2017. However, the game for TikTok changed when it acquired the famous video app called Musical.ly in Dec 2017 and once Musical.ly’s users were completely shifted to TikTok is when the actual impact of TikTok began, especially in the international market. 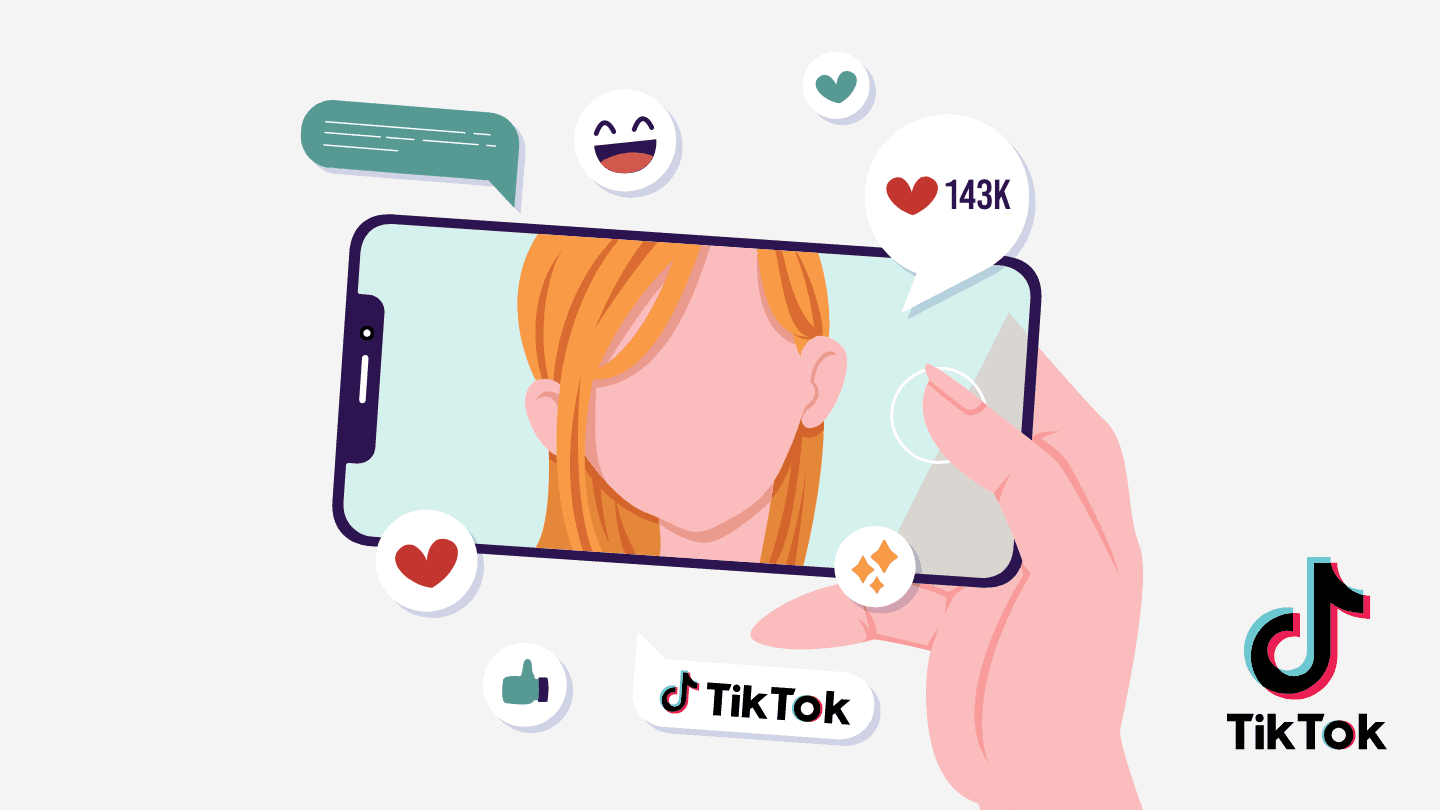 Now, let’s talk about money. TikTok had revenue of $3.5 million in 2017, 42% of which was from US, 39% from China (and this excludes Chinese Android users). The parent company, ByteDance, had a revenue of $2.5 billion in 2017 and was valued at $75 billion, which made it the world’s most highly-valued privately-held startup surpassing Uber. ByteDance raised $3 billion in October 2018, by SoftBank. 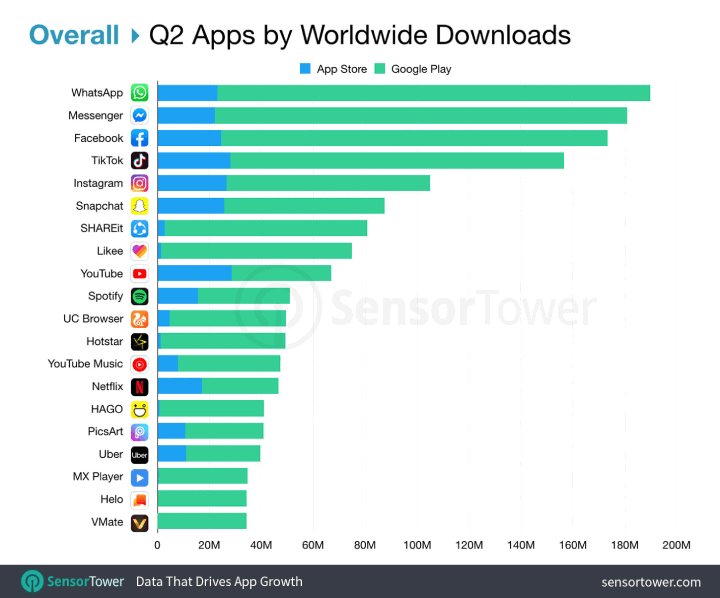 Where are more apps like TikTok in the market (not exactly similarly), what makes TikTok stand out is definitely the fact that the app is more fun? Its algorithms work in a manner that allows users to binge-watch. However, what makes this app majorly successful is the fact that it is created and offers a huge number of possibilities for creators. 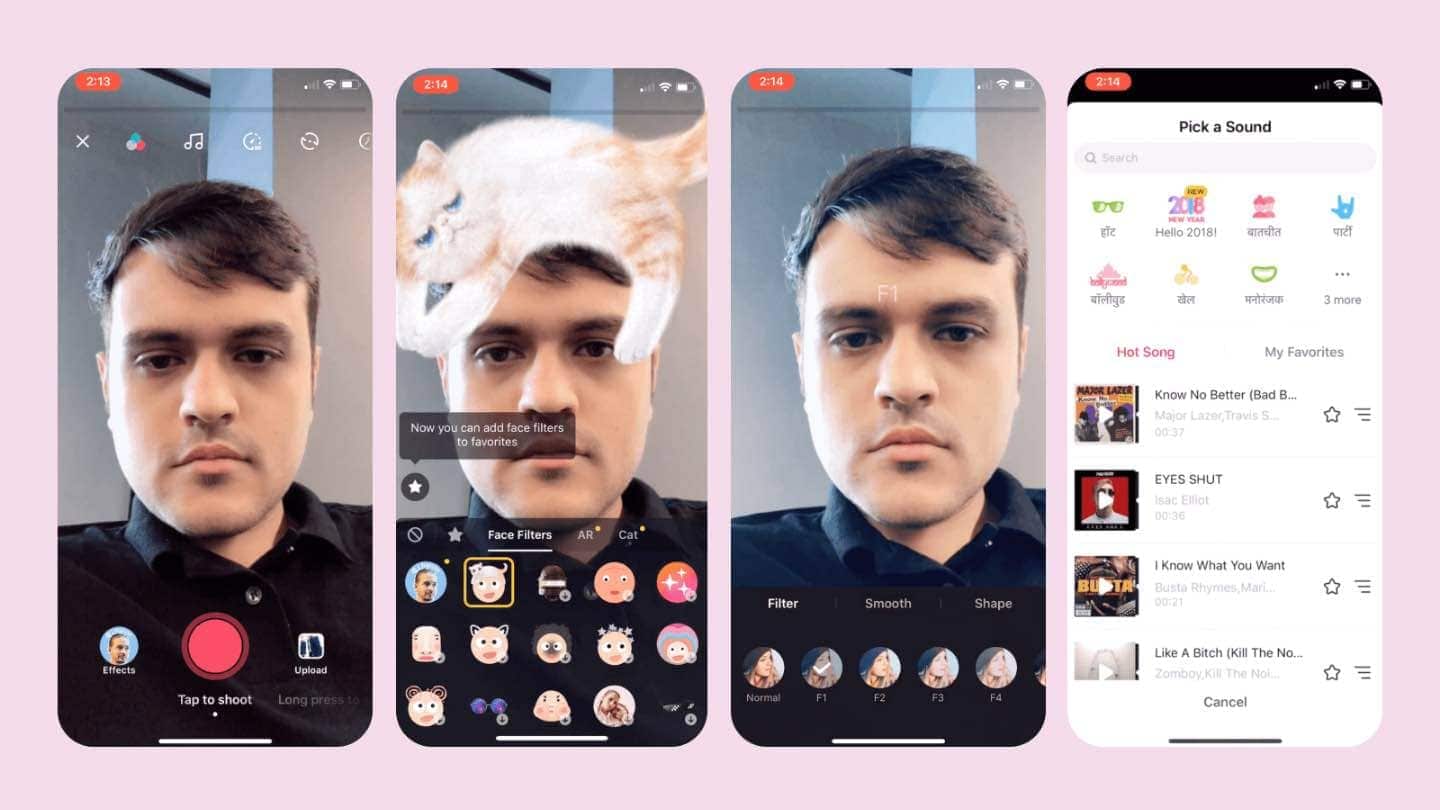 You can choose to lip-sync or act out comedy drafts (TikTok has created its own line of comedy), and you can also choose from a databank of songs, sound bites, visual effects, etc. Interestingly, the app allows you to collaborate also wherein you can perform a “duet” with anyone on the app, simply by responding to their video. This creates a split-screen and becomes home to a never-ending line of reactions. And since, this wasn’t enough, the app allows users to upload their own sounds enabling creators to lip-sync on other users’ original sounds. And the cherry on top, TikTok makes it all easy and extremely user-friendly. 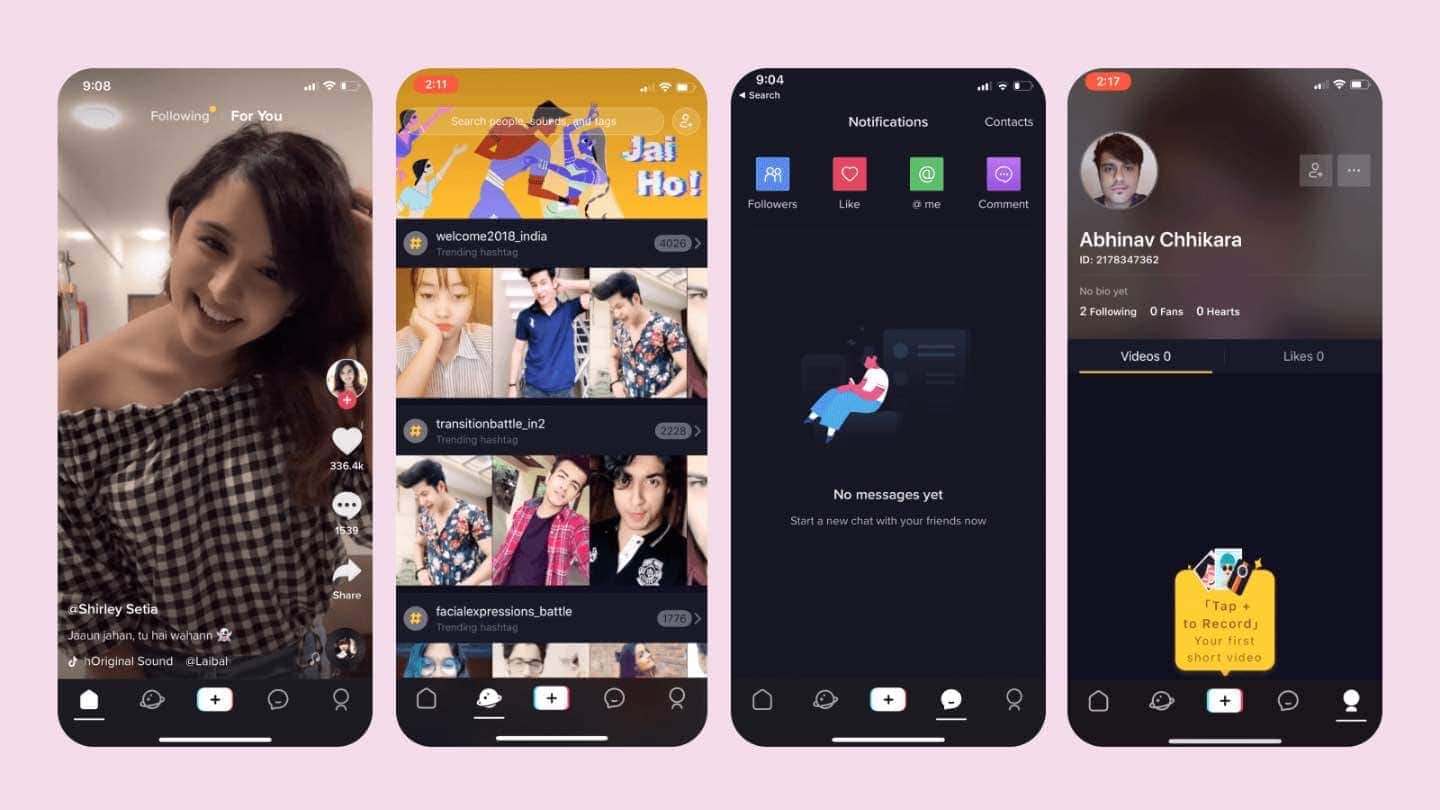 With time, due to lack of interest from celebrities (there were some on the platform, not much), TikTok invested in a YouTube campaign, along with spending money on bringing celebrities on board.

How TikTok is evolving an important marketing tool

Like any social media app, TikTok has become important for marketing and brand opportunities. The app focuses on putting video first, and hence becomes an important tool to use especially to cater to the younger target audiences.

One of the major marketing opportunities on TikTok comes with influencer marketing. From makeup to fashion, to tutorials, to cooking, and to baking, TikTok has a large number of influencers focusing in this space and hence is important for brands to target especially for product placement. Some of these TikTok influencers have millions of followers and that becomes your exact target group.

Another important aspect of marketing on this app is to create your own channel and post original content. This will keep the entire control of your content in your hands, and you can post original videos the way your brand wants. However, it is important to ensure the content is suited to the tool and is viral.

For instance, Chipotle, the popular US fast-food Mexican brand, posted videos of a bowl of tortilla chips with a bowl of guac with the Adele song, "Someone Like You" in the background. Since the sound bite had Adele's audience singing the song back to her, the video felt like the nachos are actually singing to the guac.

It’s safe to say, during the rise of TikTok there were almost no apps in the market that were exactly similar to TikTok. Interestingly, Facebook in 2018, launched an iOS app called Lasso that was similar to TikTok. Lasso was designed to enable users to create short videos. However, Facebook kept the launch very quiet and the app did not see any promotions. It was downloaded by only 70,000 U.S. users, in Feb 2019. However, Lasso didn’t see much hype or traction.

However, the Facebook family tried again recently, with the launch of Reels by Instagram. However, instead of launching an entirely new app for this, Reels has been launched as a feature of the popular Instagram Stories and replicates the functioning of TikTok. The features of Reels are exactly similar to that of TikTok however the fact that it is an added-on feature on Instagram may work in favor of the company due to the scale at with Instagram operates. This feature is available in Brazil only, and there is no news for when it may be rolled out to other markets.

Like any popular social media app, TikTok has seen it’s a fair set of controversies. Earlier this year, the Indian government sent out a ruling banning the app in the country. This became a huge problem for the app since Indian users constitute of a majority of TikTok’s user base. Additionally, ByteDance stated that the ban was costing them 500,000 USD (£386,000) every day and thereby putting more than 250 jobs at risk. The app has been on fire for illicit content, allowing ‘pornographic’ and shady content, and becoming a ground for paedophiles. The government on India also cited concerns such as pornography exposure to minors. Unfortunately, India saw 3-4 deaths as well of users while filming TikTok videos.  However, the ban was eventually lifted.

Another major issue with TikTok is the lax enforcement of age restrictions: In February 2019, the Federal Trade Commission (FTC) slapped the company with a record fine of $5.7 million for illegally collecting the user data of children under 13, a violation of the Children’s Online Privacy Protection Act (COPPA) of 1998.

While the app is growing massively, there are some speculations that the growth may die down as it did for vines in the past. However, since vines were only vaguely similar to TikTok it is impossible to predict. However, we know one thing for sure, despite the controversies and the negative air around the app, the app will continue to grow and will become more popular in the future. The fact that influencers, brands, and celebrities are also now using this app makes it evident that the app is here to stay.