How to write clean code that increases work productivity

How to write clean code that increases work productivity 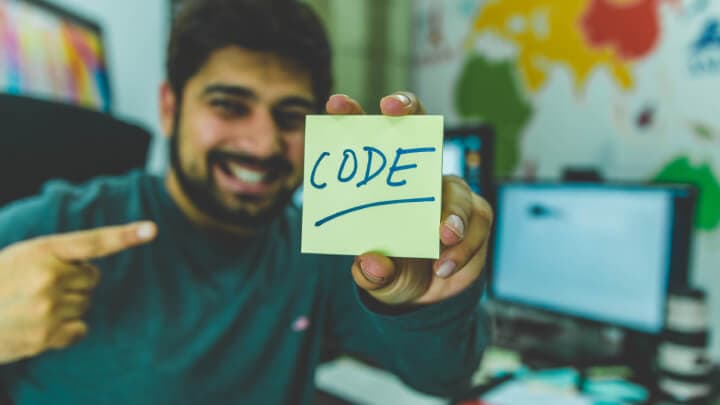 A good program is only as good as the readability of its code. As Robert C. Martin rightly says in his book, Clean Code.

The most common reason for not writing clean code is the lack of time. As a developer, you will spend much more time reading code than writing it. Well-written code saves a lot of time while performing code reviews or refactoring code.

Here are a few coding standards and guidelines that are considered as industry best practices for writing clean code:

1) Limited use of global variables in your code

Global variables have their pros and cons and their use largely depends on the complexity and size of your application. If you have a large application then using an un-scoped global variable causes multiple side effects since there’s no way to tell who modified it and when its value changes. This poses a huge problem for apps while unit testing, alpha, and beta testing, debugging or while refactoring code.

2) Standardization of headers for different modules

Writing code that has good maintainability and readability follows a standard format for writing headers with necessary bits of information such as:

any global variables that are used in the module

Writing meaningful names for variables, constants and functions makes the code self-documenting. It’s best to use a standard naming convention across the entire application/organization. Few best practices for naming conventions for better code readability are:

The names should be simple and read like English. Avoid unnecessary abbreviations that complicate code

Use precise and meaningful names that explain the purpose (what it does) and the intent of a variable or function.

Keep code names consistent basis the action performed by the function. For example, all functions performing a delete action should start with deleteSomething. This cannot be a mix of removeSomething and deleteSomething across the codebase. 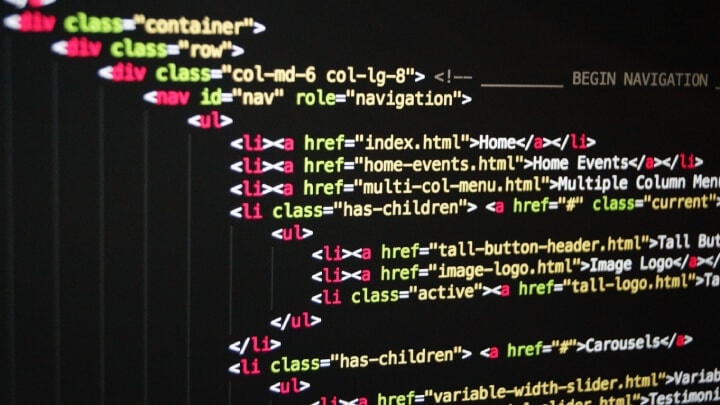 Use camelCase for variable and function names.

Maintain a distinct identifier between local and global variables

Imagine you walk into a hypermarket and everything is in a disarray and it’s very difficult to find what you’re looking for. Well-organized code is very much similar to a well-arranged hypermarket and this can be achieved with indentation. Indentation makes code readable. Indentation is achieved by correctly using white spaces in certain scenarios such as:

A space after each comma between parameters, arguments and function names

Each brace starting on a new line with an exact indentation between the corresponding opening and closing braces.

Try-catch(ing) everything! There’s a huge amount of time savings that can happen with robust error handling methods that report failures in a format that makes it easy to debug. You should return exceptions rather than error codes with each exception having sufficient context to detect the root cause of the error and the location within the codebase. You should maintain informative logs that capture the date and time of events while your app is in production. These logs will act as your go-to sheet for tracking and debugging. Also, you can prioritize errors and raise flags basis the criticality and impact of the error.

SRP states that focus on doing one thing. For programming, this translates that each function should be limited to performing a single task with no more than 4 lines. Each class, on the other hand, should not be more than 100 lines. A limitation like this forces you to think and write powerful code which will do more compared to elongated nested IF statements.

7) Unit Testing with all you got

A lot of initial bugs can be identified with the unit and integration testing done via automation. A huge repository of automated test cases can test for core business functionality, logic and structure of the code. This will result in a much more stable code that is submitted for review. Each aspect of your code that contains logic needs to be unit tested. If this isn’t the case, it’s likely to fail in the future until your customers report it as a bug. 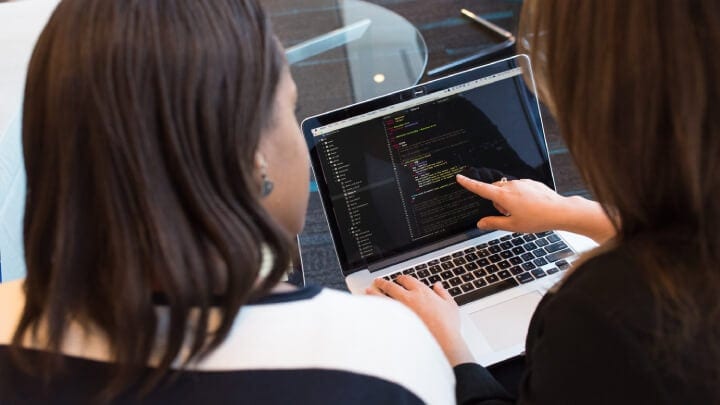 SoC is in line with the Single Responsibility Principle. The goal here is to ensure that you do not write giant functions that look after multiple “concerns”. SoC is a design principle that states the need for logically breaking a computer program into distinct sections, wherein each section addresses a separate concern. A concern is a bundle of instructions and information that can impact the code in a program. For example, think of a single function that validates n arguments, calculates their results and then prints the results. In this scenario, as per SoC, you can break this function into a primary function that validates the arguments and various helper functions that perform the task of calculating and printing the results. Each programming language provides in-built mechanisms to achieve SoC, as OOP languages can implement SoC by using objects.

Test-driven development is a practice that instructs developers to write code from scratch only if an existing automation test has failed. With a TDD approach, you tend to avoid duplication of code and the final codebase is clean, simple and bug-free. The TDD process is a cyclic approach as follows:

Using the GOTO statement is highly discouraged as it breaks the logical flow of the program and makes it unstructured and difficult to trace while debugging.

11) Target minimum length for your functions

The length of your functions should be as small as possible. Aim to write optimized code where one function performs only one task. This approach makes the code more readable and understandable.

This should ideally take care of itself if you follow the previous 9 points. However, you still need to add appropriate comments which make the code more understandable. Well commented code also serves a dual purpose of making the code base searchable while code review, code refactoring or debugging.

How to review clean code that increases productivity

It’s important to perform code reviews as it improves the overall code quality and makes it more stable. However, a code review needs to be a well-defined activity that is part of a planned process rather than two programmers casually reviewing and debugging code. There are a few programming best practices for code review. 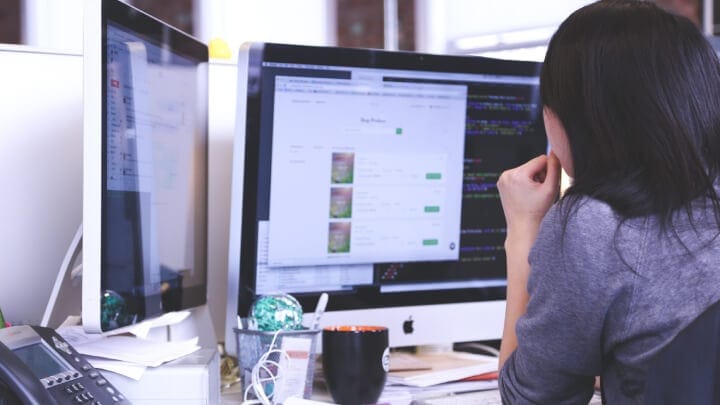 Code review must be done with well-defined goals and clear expectations. You should know what you’re looking for and the parameters you’ll be reviewing such as:

You need to test your code before you submit it for review. This will help save time while reviewing as many errors might get resolved after initial testing and a more stable codebase is committed to the dev environment.

Don’t exhaust yourself in code reviews – At a given point of time, you should spend a maximum of 60 minutes or a maximum of 400-500 lines of code per review. Don’t overengineer code reviews – Use the 80/20 rule (Pareto principle) logic while reviewing code, wherein you focus on getting 80% of the results from 20% of your effort.

Code refactoring is the process of redesigning or restructuring the existing codebase without changing its external intended output. Code refactoring takes place in a controlled manner with small transformations (refactoring) made to a series of elements in the codebase whose cumulative effect is significant. By making small increments you ensure that the system does not break post refactoring and unit tests are conducted after each refactoring. 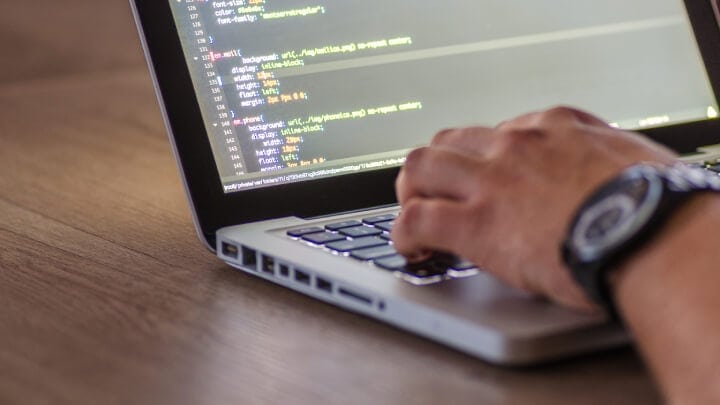 Few programming best practices and techniques for code refactoring are:

3) Remove redundancies in the form of unused core or unwanted comments. This should be deleted.
4) Optimize your code for performance.
5) Code refactoring should allow for:

Take a deeper look at your GOTO statements, nested IFs, and your choice of queries to request data from the database. Refactoring these will significantly improve performance.

While our codebase is forever upgrading, we can all strive to write cleaner code by authoring the cleanest version possible in the first go itself. Let’s strive to code better!

How to get your website ready for CCPA compliance

Content Moderation: What is it and why your business needs it