How to make a game app | TechAhead

How to make a gaming app amid COVID-19 that is an instant success? 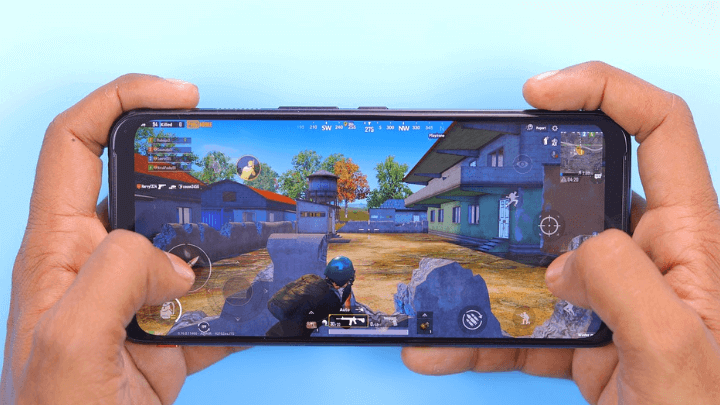 How to make a successful gaming app

To say the world hasn't drastically changed in just a short span of the last 60 Days will be telling the very least. The constant changes in lives, businesses, economies, countries, and governments due to COVID-19, has had an impact on practically everything one can imagine. Interestingly, the gaming community hasn't been spared from this change as well. A large number of new users are constantly logging in to pass time during lockdowns, thereby providing a huge opportunity for start-ups and companies to expand their business.

As the novel Coronavirus confines more and more people to their houses, the online gaming market is snowballing because of a tremendous rise in user engagement. Another interesting thing to note is here is the rise in multiplayer games. Owing to lockdowns, gaming has quickly moved online with active playing with family and friends, thereby making a whole new space in the field of gaming.

This demand has resulted in a substantial 50% increase in worldwide weekly downloads of games. This is from the end of March 2020 as compared to the average weekly level for Q4 2019. Interestingly, the week of 22nd March 2020 turned out to be the biggest week for mobile game downloads at a record of 1.2 billion downloads. 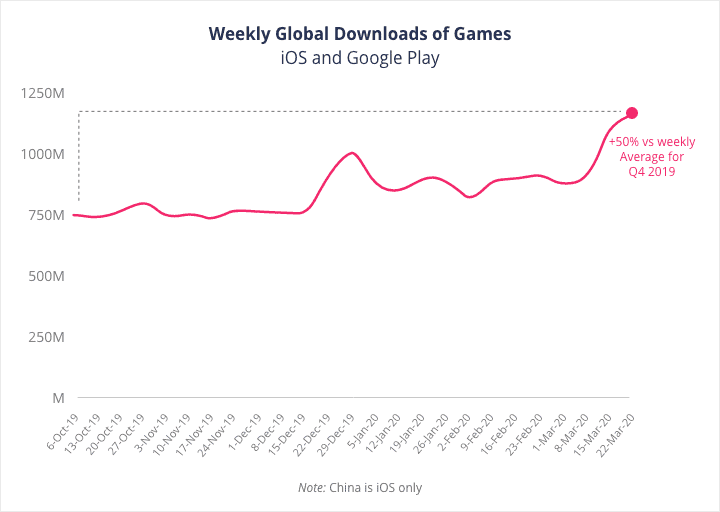 As the world is swiftly moving towards multi-player games, start-ups and companies are grabbing this opportunity to put their apps in the market.

How to make a game app

While there are many motivations to build sensational apps, it is important to know the "secret sauce" of how to make a gaming app, it is even more important to understand what will make your game app an instant success. 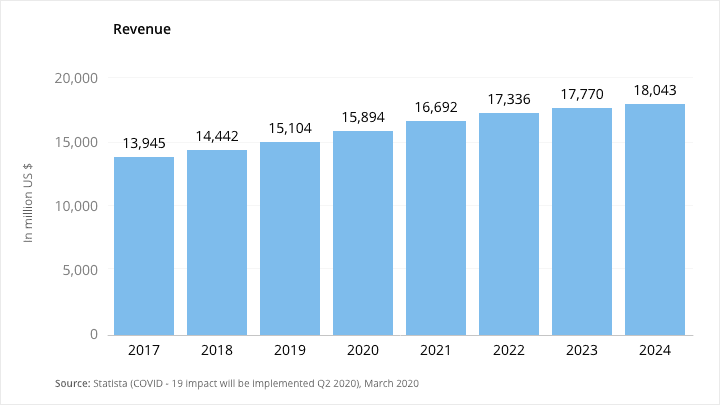 Most popular multi-player games in the market right now

Due to a sudden rise in the usage of multi-player games, the following are the most popular multiplayer games available in the market right now:

1. PUBG: One of the most popular games of recent times, it is a big hit especially among teenagers and young adults. The game also has a chatbox to enable conversations within the game. 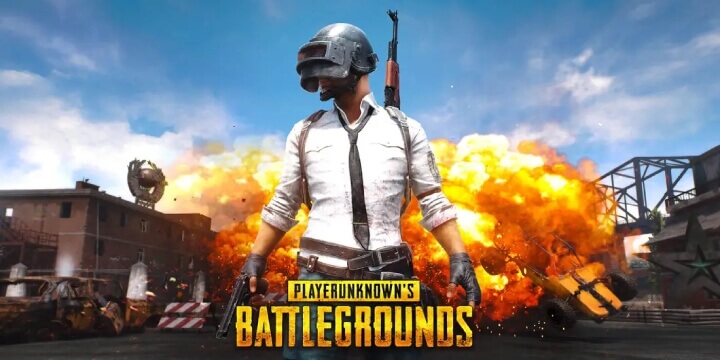 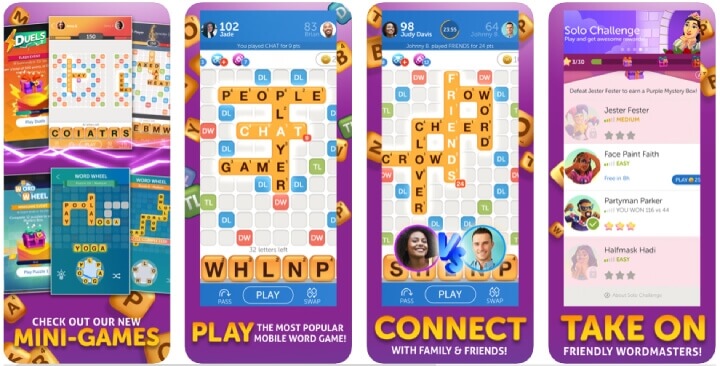 3. Magic Tiles 3: This is an addictive rhythm-based game that requires one to tap on the musical notes that fall on the screen. 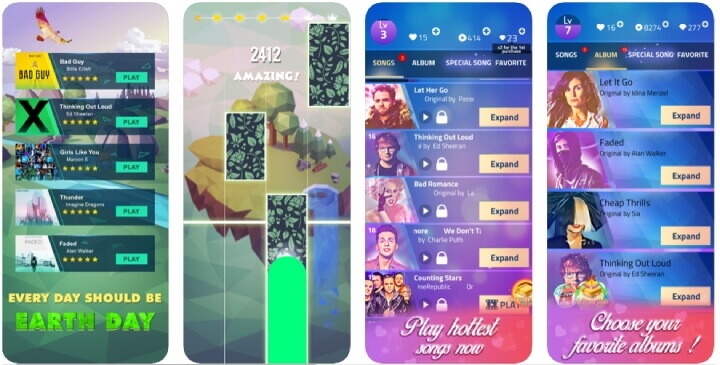 4. Mario Kart Tour: The very popular game, for a while now has now become a top choice. The makers are constantly giving out big and major updates, to support gamers. 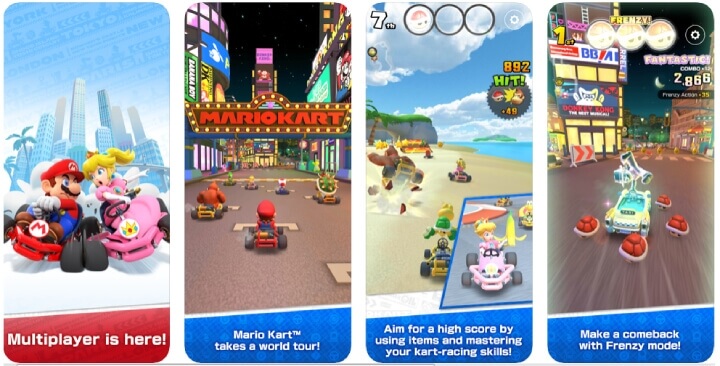 5. Uno: The ever-popular card-game is now a popular app, due to the familiarity of rules. It's easy to download and play with strangers or family and friends. 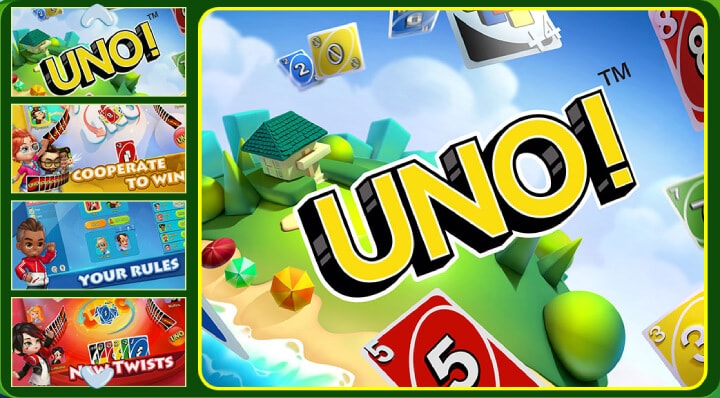 6. 8-ball pool: From the house of Miniclip, 8 Ball Pool is a popular multiplayer game that enables a user to play tournaments, challenge his/her friends or play 1 on 1 with strangers. 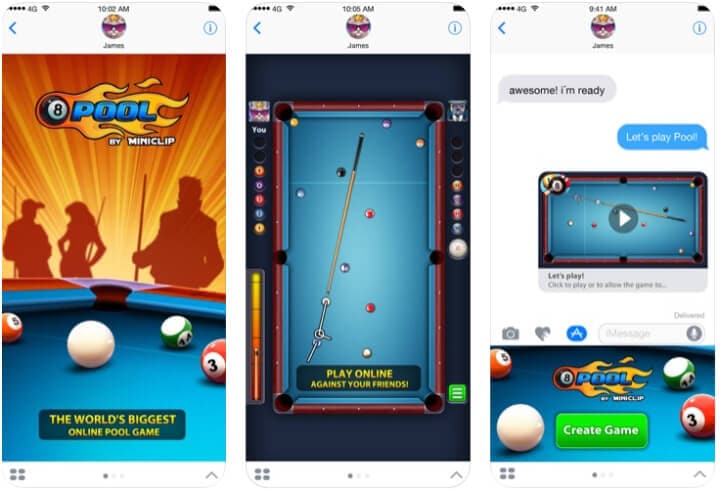 7. FIFA 20: A mobile edition to the extremely popular gaming series, is a popular choice during isolation for multi-player gaming. 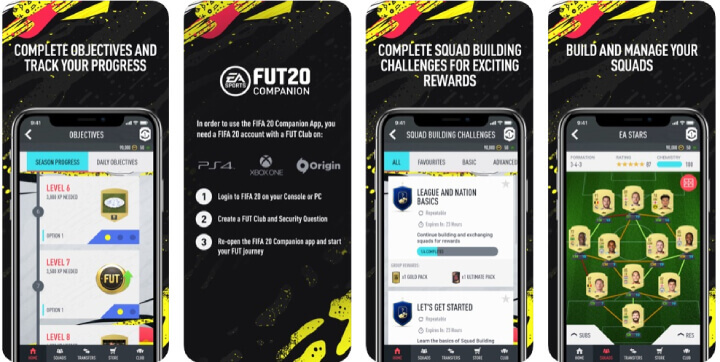 How to make a game app for free which is an instant success?

Before you startMobile game apps development , set your technical stack right. It would not necessarily mean to learn Java, HTML, and CSS primarily. If you know to program it may give you an edge. But if you don’t, all you need to do is pick some standard tools. Let us do the groundwork for how to make a game app for free:

The Play store is brimming with gaming apps, but what most of the games lag is creativity and uniqueness. Right now, it's clear that the need of the hour is to develop an idea that can be executed to a multi-player game.

An idea can be a result of brainstorming, along with a logical analysis of what's trending and the demand of the market- multi-player in today's case. But mind you, when you want to create a top game app, the following are very important- Simplicity, engagement, and user experience.

It is also essential, to trust the experts. No idea gets a go-ahead in just one take. Keep on improvising the idea till you get to a point that is the best.

Games like Clash of Clans garner maximum downloads because the game has a story to tell. It is the easiest part of any game development strategy. Creating an engaging story that keeps the players tempted to know what happens next plays a pivotal role in its popularity.

The characters of your game must set your story right and you have mastered the first step of how to make your own game app for android.

A game with simple controls goes a long way when you are pondering over how to make a game app for success. Make sure the control elements must be easily accessible as per each screen size. To keep the players glued to make sure game plays are not too long, difficulty level raises and every time a player wins a game he unlocks some points or powers.

4. The design is the winner

Enchanting the players is not easy when they have lots of options. While mobile game apps development, the designer needs to take care of the character, story, art, and the overall look of the game. Creating a game design is much more complicated than creating one for an app.

History has been witness to brilliant game ideas and stories succumbing to a bad design. Size is always an important consideration of how to make a game app for Android or iOS. More often to render good user experience, the screen must never look cluttered with the design elements. The graphics must go hand in hand with the logic of the gameplay.

Development of a game demands resources like talent and hosting. All these elements come with a dollar cost. If you plan to earn from your game, choosing the premium way is not the only choice.

You can earn with your freemium model but it becomes important to have a monetization policy in place when you are deciding how to make your own game app for Android, iOS. Some of the very popular ways to achieve that are:

Another way to monetize your popular game is by incorporating a pay per click revenue model. Whenever the player clicks on a video or an Ad link, you get paid. Your game can also give in tokens or coins, in exchange of watching Ad videos and/or in exchange for inviting more family and friends to join the game.

You can either offer the mobile game app free and give the option to allow the user to go for an Ad-free version with the paid app option, wherein the user enjoys Ad-free play while you make the money.

Popularly known as in-app purchases are a great way to keep the players glued to the game while your app makes some money. So when you offer the players an option to buy gems or diamonds to unlock the next level, you render them competitive advantages for a dollar cost.

How to make your own game app must always include a sustainable way to make money from the App. With a larger user base because of multi-player games, it makes even more sense to enable options to buy gems or tokens.

What kind of games should you build?

It is evident, that gaming Apps are the most popular apps that are downloaded on any platform and this number has only increased. But what kind of game should you develop? To answer this question, you must know who is playing and what do they like to play and how to create a game app for the right audience: 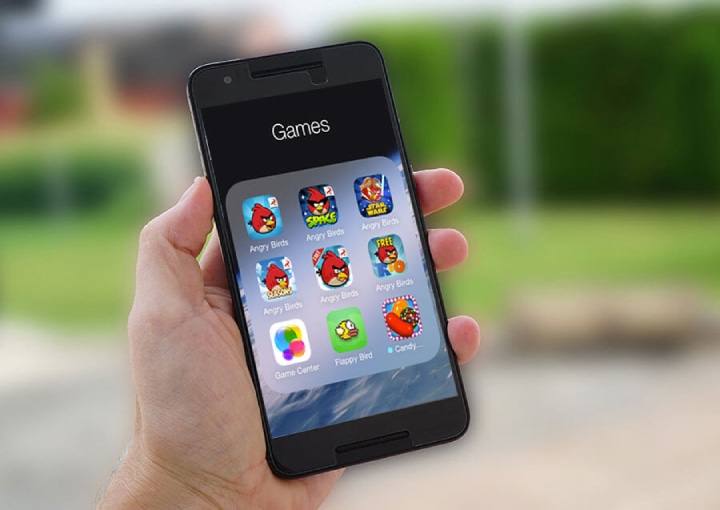 Puzzle games are the most popular genre in the gaming world. Right from a simple jigsaw puzzle to mathematical puzzles like Sudoku, brain puzzles rack the highest engagement percentage.

As per a recent study, around 38 million monthly users are playing puzzles and these games have the maximum shelf life. Your question about how to make a gaming app for Android will automatically be answered once you know what genre you want to choose. Brain puzzle or matching a puzzle is the most favored genre.

Games like Talking Tom that have a low learning curve and amuse the players. With simple rules to follow they find a place in most of the smartphones but may not be played very often.

The success of games like Clash Royale and Clash of Clans is proof enough of the popularity of strategic games. While answering the questions on how to make a game app, the developer's emphasis is on strategy building in real-time. Such games create a sense of urgency among the players and have a very addictive model.

Arcade games have been leading the extremely competitive mobile gaming landscape. These games are generally easy to build as they do not need any story. The focus is more on the difficult levels. As these are simple to play and with changing times have the real-time factor added to the competitiveness, the Arcade games garner a lot of traction among gaming lovers.

How to make a game app for iOS and Android?

There are a plethora of Gaming engines and tools that support the development of phenomenal gaming apps. Let us have a closer look at how to make a gaming app for iOS/Android using these tools:

If you are not a coding buff, that should not deter you from knowing how to create a game app. The popularity of Construct 3 peaked out because the game developers do not need to write a single piece of code. Driven by an intuitive GUI, it offered developers to put in their creative best forward rather than getting trapped in coding and debugging routines.

Simple drag and drop element eases the developmental stress and you can create pretty good multiplayer gaming apps in a 2-3 months timeframe. 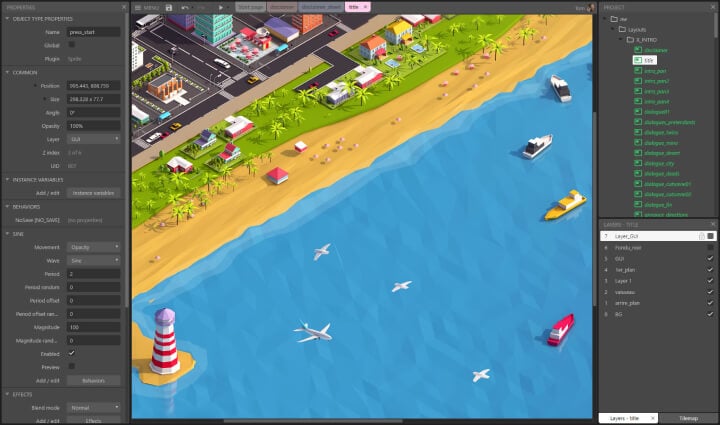 Interlacing the programming and drag and drop capabilities, GameMaker Studio 2 renders flexibility to both coders and non-coders. The coders can choose to game up their idea by using a C-like scripting language to add the features, not in the scope of GameMaker Studio 2. 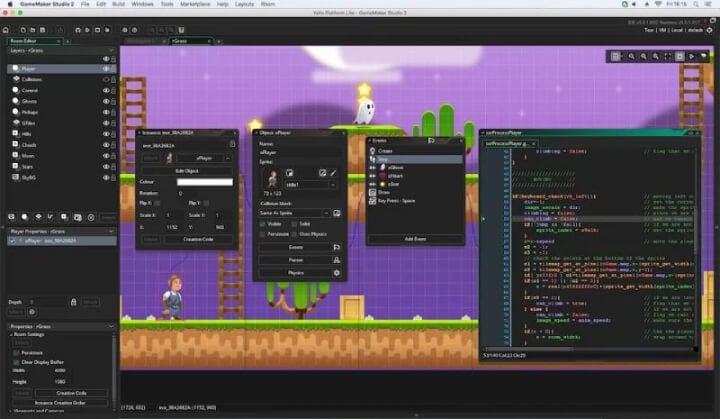 If you want to create a game app for free - use platform that allows the building of games on the latest trends, Unity is the one. Supporting both developments of 2D and 3D games, Unity is a flexible platform to build powerful games when you do not know the programming language to create a mobile game app. 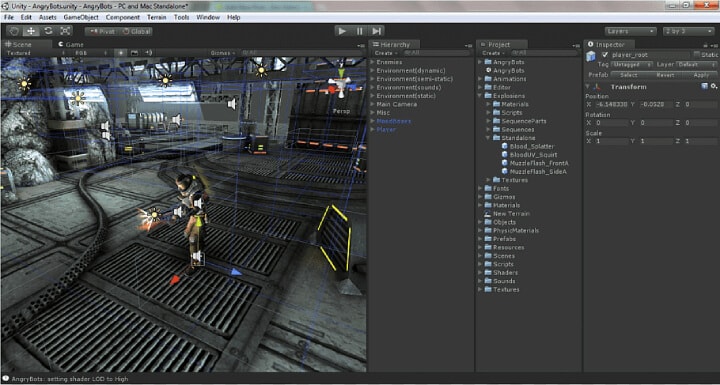 Loved by the game development community for its phenomenal support, Godot supports the development of 2D and 3D games. With a cleaner code, Godot Engine provides better performance as compared to Unity and has fewer bugs. 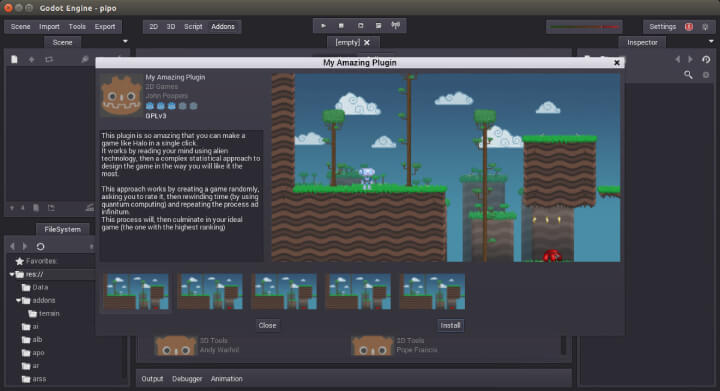 A highly futuristic and mature tool to develop games that make a mark. Supporting the next-generation feature set, its engine core is perfect to support the development of a bespoke gaming Apps. 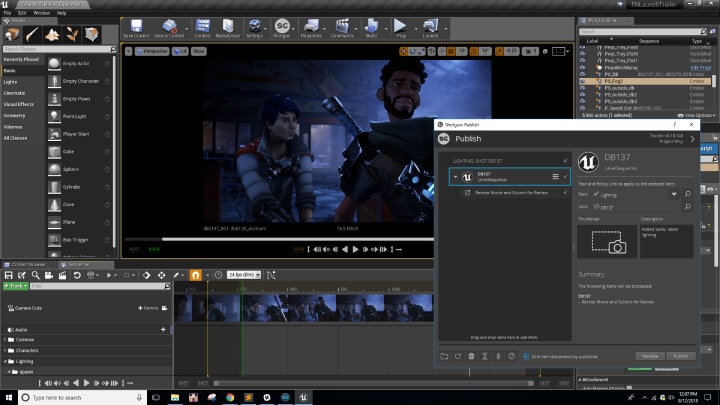 As the times change, the gaming industry hasn't been spared as well. This comprehensive guide will enable you to jump into the game development arena and to target the right kind of audience.

The game or story need not be complex, even a simple game like Angry Birds can make millions for you. You just need to make sure, the story and the game caters to what's trending and can sustain even if the trends change. For instance, if the world is moving towards multi-player games right now, it is important to shift with time and user preference.