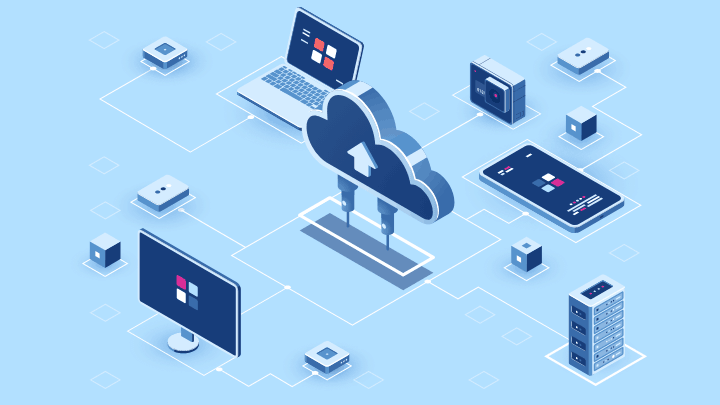 As of May 2017, around 15% of enterprise workload relied on cloud-native ecosystems. As this technology didn’t exist a decade ago, this is an impressive number. The same report also predicted that 32% of enterprises would be using cloud-native in 2020. Talking about IBM Cloud-native development report, 55% of apps developed in the next one year will follow a cloud-native approach. Gartner, on the other hand, predicted a cloud shift of 28 percent by key enterprise IT markets, as of 2022.

Reasonable cost of development and other business and development-related advantages have led to the penetration of cloud-native technology in almost every category of mobile apps. Let’s discuss different aspects of the subsequent sections.

In simplest terms, a cloud-native application can be defined as a set of small and independent services that are loosely coupled and deployed in a cloud environment. This approach of app development helps in a growing business, as the companies can quickly build and launch the apps. The risks are minimized, as the failed components are easier to replace. Recovering from any sort of failure isn’t challenging.

The developers can integrate the security features in the apps from the starting instead of thinking about the same after concluding the development work. The enterprises relying on this approach have automated their IT operations, which has helped them in minimizing human errors.

Is Cloud-native apps hype or the future of software development?

The app developers and businesses appreciate the fact that an application could be segmented into different microservices. A particular team can handle a single microservice, which takes care of the specific functionality of an app.

Scaling up is indeed easier with this approach. Even if an organization isn’t moving to the cloud, this approach is undoubtedly going to impact the way they develop apps in the future. No doubt, there are some challenges, such as difficulty in managing or monitoring. But, such challenges could be taken care of using a set of tools and skills of the app developers. For example, Retrace is an appropriate tool to collect the information from each system in a cloud-native app. 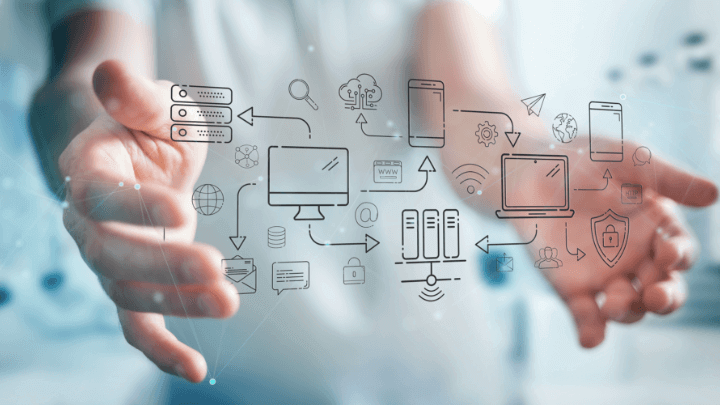 The developers create a single application having a suite of small services known as microservices. Each microservice operates independently and communicates with other services through HTTP or other lightweight protocols. It is possible to write different services into different languages by different developers. Deploying each service on a different server is also possible. By 2021, 80% of app development will occur using microservices on cloud platforms, as per research by IDC.

This infrastructure enables a developer to isolate apps into lightweight & small execution environments that share the kernel of operating systems. It is possible to isolate an application in a container from its environment by running the container in a virtualized environment. Numerous organizations prefer Docker as their container engine. Originally designed by Google, Kubernetes is another platform to manage and automatically deploy containerized applications.

To expose the functionalities, cloud-native microservices rely on APIs that are based on representational state transfer (REST) or other similar protocols. Such designs ensure there is no risk of direct linking, shared memory models, or direct datastore reads. Binary protocols are preferred for the communication of internal services for enhanced performance. Some examples include gRPC, Protobuff, and Thrift.

The essential elements of a cloud-native architecture, microservices & containers, rely on CI (continuous integration) and CD (continuous delivery). Both these are also the principles of DevOps Processes, making it inevitable for cloud-native technologies. Unlike the monolithic approach, DevOps forms an ecosystem wherein the development of an app is an ongoing cycle.

How are native-cloud apps different from on-premises applications?

Let’s understand the difference between the two types of applications based on various parameters:

1. Design: Cloud-native applications are modular in nature, with each function being handled by a particular microservice. These microservices shut off when not in use. On-premises apps, conversely, have a monolithic design with multiple subroutines. It always works as a whole app rather than any divisions.

3. Downtime: The downtime in the case of an on-premise app is high because such an app can go down if the server goes down. If a cloud provider faces an outage, a different region usually picks up the slack for a cloud-native application.

4. Dynamic nature: It isn’t possible for an on-premises app to scale up. When the usage of a cloud-native app increases, it can use extra resources to handle the spike.

Why should you opt for the cloud-native application?

There are multiple reasons why you must develop a cloud-native app.

1. There are tools for monitoring and management: Monitoring and auditing of the cloud-native apps have become optimized with various tools. You can use platforms like Newrelic, Datadog, and AppDynamic to monitor microservices and containers. To debug your applications, use Zipkin or Open Tracing, whereas for log aggregation, Elasticsearch, Splunk, and fluentd are the preferred options.

2. Auto-scaling: Various enterprises opt for cloud-native, especially due to the auto-scaling feature. While coding, it is possible to implement an auto-scaling feature to specific parts of the system. Those parts will scale-out without manual intervention during traffic spikes.

3. Reliable systems: The utilization of Kubernetes and microservice architecture enables you to develop applications that are tolerant of faults. They possess the ability to self-heal in case of various types of issues.

Also, the application processing moves to a new data center during failure. This ability to handle the outages minimizes the possibilities of failure. The best part: all this happens automatically and instantly. The action is so quick that the user doesn’t even come to know of any such issue. 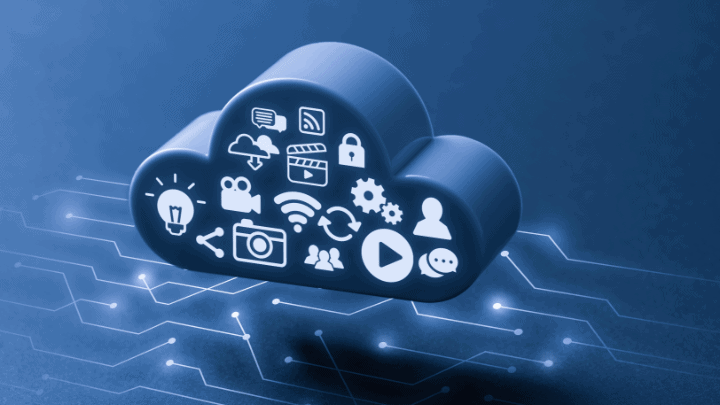 Partnerships with other companies get easier

To add new features or to completely transform the app, various companies collaborate with other organizations. You can effectively partner with cloud providers and other companies quite effectively through a cloud-native approach.

1. The team can focus on deliverables: The development team doesn’t waste time on details of the infrastructure. Rather, they put forth their focus only on significant business requirements. The developers have remote access to the system from the location of their choice. The process also becomes quicker and more productive.

2. Cost-effectiveness: There are plenty of cloud-native tools that enable standardization of tooling and infrastructure. The businesses can expect reduced costs due to this factor and the open-source model of cloud-native architecture. Serverless and other enhanced capabilities enable the companies to pay-per-use compute time in milliseconds.

Also Read:
Why is Serverless architecture becoming so popular for app development?

Cloud-native improves the bottom line of the businesses

By developing and releasing the apps faster, the businesses stay ahead of their competitors. They also get sufficient time to market their applications among the target users.

After analyzing the performance of the app and receiving feedback from the users, the businesses can make relevant changes. The changes can be related to the modification or addition of functionalities. All this can be done just by making changes in a microservice or developing new microservices.

No need to work upon the entire code, which ensures the app works seamlessly. Even in a case of failure, it is possible to isolate the impact without affecting the overall functioning. This ensures user experience is not compromised, nor there is a halt in the revenue generation. All these factors translate into the improved bottom line of the businesses.

Challenges with the cloud-native approach

There are specific challenges to be kept in mind related to the cloud-native approach.

1. Data storage: Containers and serverless functions utilized through an immutable infrastructure model usually lack a way of storing data permanently. The reason is the destruction of entire internal data when the app shuts down.

2. Service Integration: As a cloud-native app is made up of multiple services, the developers might find it challenging to connect them. They must ensure that every service is properly sized. The developers should try to reduce the number of services, as it can translate into increased complexity and integration-related challenge. A reliable cloud-native app developer ensures the development and management of these apps are free of such challenges.

3. Difficulties while migrating: If a cloud-native app is deployed on a specific cloud, there are chances that APIs utilized in that application won’t work on another cloud service. This happens when a native cloud API belongs exclusively to a particular public cloud. Such APIs also fail to operate in a local environment.

4. Data Security: A cloud-native app developer must have mechanisms for protecting data from unauthorized access. This is applicable during transit, while in use, or at rest. Some tools like Intel SGX, IBM Key Protect, and IBM Certificate Manager are preferred by developers to keep data secure.

5. Difficult to work in synergy: While working on the specific apps, it can be challenging to bring different developers and development teams on the same page. The adoption of the DevOps pipeline is often tricky, as professionals find it struggling to work with each other.

In the wake of the COVID-19 pandemic, several businesses have adopted mobile work (or work-from-home) strategy. The challenges of data security have risen in such crucial times and now tech firms are shifting to cloud solutions for seamless transition. Based on containerization, cloud-native technology relieves pressure from the physical infrastructure without any compromise with the security.

If you also plan to develop a cloud-native application during Coronavirus pandemic, include features that support remote collaborations and distributed teams. An advantage of cloud-native technology is that one need not change anything about the workload when switching from a server to another. The same is true also when one moves from one zone to another.

Connect with experts from TechAhead to develop cloud-native apps that are user-friendly and match the latest technological trends. The team relies on all essential elements of cloud-native architecture discussed above, including container-based infrastructure, microservice architecture, and API-based communication. The professional developers from TechAhead combine automation with DevOps practices to help you successfully migrate the legacy applications to cloud-native systems.

To detect anomalies and monitor behavior, the team utilizes robust security products. If you specifically want to develop a microservice for an already existing cloud-native app, feel free to connect with the representatives of TechAhead for best-in-class solutions.

The majority of factors discussed above highlight that cloud-native architecture will be one of the key drivers of digital disruption in the future. The developers need to embrace the latest trends and technologies to optimize the development and management process further. For example, move to YugabyteDB or other similar distributed SQL databases that allow horizontal scaling through cluster-aware JDBC drivers. This helps in simplifying the development process. So, what do you think? Are cloud-native applications the future?

What is a cloud-native application?

A cloud-native is a mobile device application that utilizes cloud technology to develop an app as a collection of various small services that are loosely coupled. These apps are auto-scalable, free of server issues, and enable quick development and launch.

How are cloud-native apps transforming business?

By letting the businesses develop and launch the apps faster, cloud-native apps prevent them from becoming a laggard. Scalability is possible without interrupting the entire application. The businesses need not worry about downtime in case of any fault, as most of the services can auto-heal.

In case manual intervention is required, other services of the app remain in operation. The serverless platforms like AWS Lambda and Azure Functions result in the effortless management of the apps.

What is the difference between cloud-native and on-premises apps?

On-premises apps are designed as a single unit with monolithic design. In contrast, the cloud-native apps are developed in a modular form with multiple subunits, which can be easily removed or added later.

What are the main challenges with the cloud-native approach?

Offline app architecture: Why you should build offline-first apps