Mobile App Security : 8 Steps You Should Take to Enhance it

Mobile App Security : 8 Steps You Should Take to Enhance it 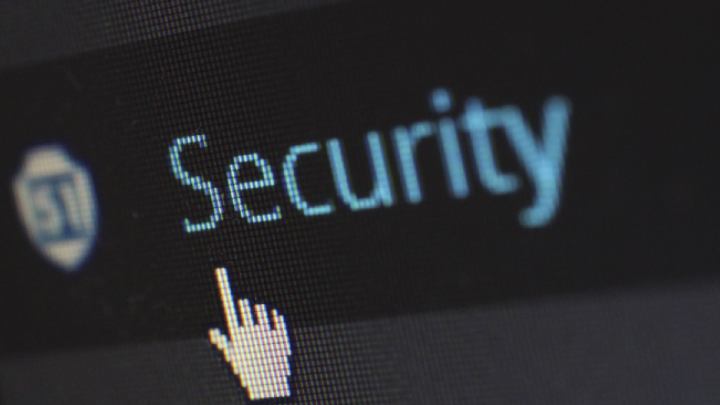 Isn’t it shocking that 93 percent of web applications possess some sort of security flaw or weakness that one can exploit? According to a study conducted by High-Tech Bridge, Switzerland-based web-security firm access to websites that are part of 70 percent of companies on the Financial Times (FT) 500 list is present on the dark web. This happened due to weak authentication and related access-control measures.

Such statistics show why it becomes so crucial to focus on the security of your mobile application. In a bid to enhance the functionalities and user experience, this aspect is often ignored by the app developers. To ensure that the hackers and other similar groups don’t attack your application in any form, you need to follow a structured approach. Moreover, security is not something you should worry about after the development part has been finished. It is something to keep in mind from the first stage of mobile application development.

Common issues related to mobile app security include improper handling of sessions, broken cryptography, unintended data leakage, and poor authorization. Among these issues, the most common is data leakage due to the storage of app data in locations that are insecure. The primary reason is the storage of data in a location that other apps can access. Talking about the poor handling of sessions, the issue is commonly observed in e-commerce apps. The developers of such apps allow long sessions to reduce delays related to the buying process.

With the right set of strategies, it is possible to safeguard your mobile application from such security threats. In the subsequent sections, we have discussed all major strategies to achieve this.

1. Be careful with API

The mobile applications are able to interact with each other through an application programming interface (or API). The APIs are vulnerable to attacks by hackers, which is why securing them becomes a necessity. The things to avoid such possibilities include the use of authorized APIs in the application code. To modify or interact with the platform you are working on; every application must receive an API key. Embedding an API gateway is another step that developers follow to tighten the security.

Conducting code reviews or adding a firewall for web apps is another strategy to avoid attacks by hackers.
A common way to build a safe and secure API is to use API keys. As a mobile app developer, you can monitor use and metrics with an API key. A bonus of using them is that you get built-in analytics. Though API keys are a necessity, there aren’t the only security measures. A challenging situation can arise if keys to locks get lost or are stolen.

This is where authentication takes the stage. By using tokens & 2-factor authentication, you can authorize apps to collect data and post things on your behalf.

When talking about mobile application security, one can’t ignore the network connections. To avoid unauthorized access, the cloud servers and servers accessed by APIs should be secured. There are numerous penetration testers that you can hire on a freelance basis for this purpose. The certified professionals in this area detect the vulnerabilities and offer solutions to get rid of them.

A developer can also rely on containerization for this purpose. This process involves bundling of an app with its libraries, dependencies, and configuration files to run in a bug-free manner in several computing environments. You can expect this process to store each document and data in an encrypted container securely. Though there are numerous containerization ecosystems, the prevalent ones are Docker and Kubernetes.

To further step-up the security, various developers rely on federation, a method that disperses resources across different servers and separates key resources from its users. This is often achieved using encryption methods. 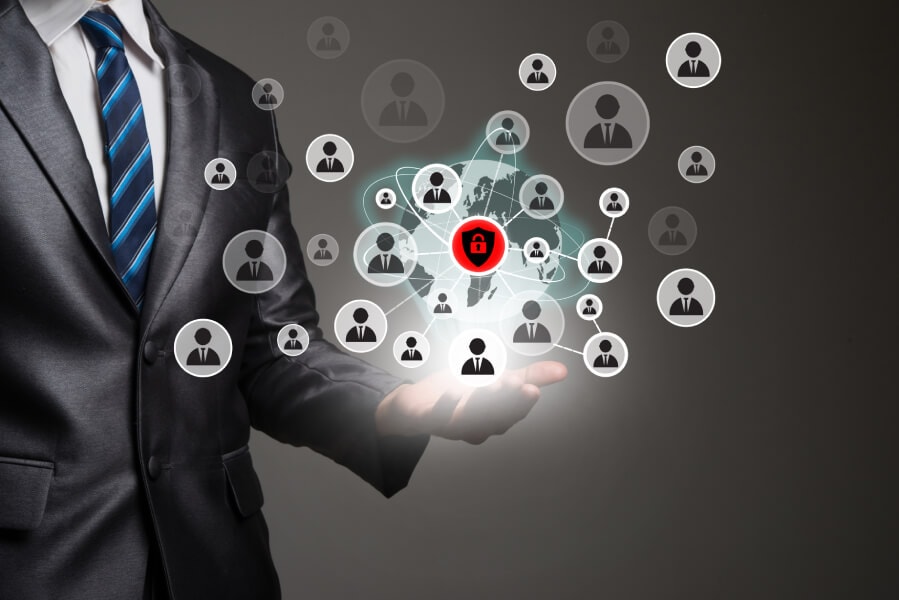 The attackers often target the data stored by the applications on mobile devices. This is why encrypting the locally-stored data becomes a necessity. To avoid affecting the end-user experience encrypt minimally. With the latest versions of Android OS, the users get on-device encryption. For older versions, apps like WhisperCore are needed for this purpose.

For encrypting the local storage database, the use of the Ciphered Local Storage Plugin is recommended, especially when working with OutSystems. The encrypted SQLite module by the Appcelerator program is also used to encrypt mobile databases.

To encrypt at-rest data, various developers use file-level encryption, a method to protect data on a file-by-file basis.

The apps should be designed in such a way that sensitive data of the users isn’t stored directly on a device. By sensitive data, we mean credit card information and passwords. If the app requires you to store the same on the device, make sure it is done in an encrypted manner.

It is a strategy applied to confuse the hackers by creating machine code or source code that’s difficult to understand. There are various obfuscation tools available in the market, such as Sirius, DashO, and TotalCode.
It can also be done manually by removing nonessential metadata and debugging information. As a result, the information available to the attacker is substantially reduced. Doing so also improves runtime performance in most of the cases.

As a part of manual obfuscation, one can also encrypt some or most of the code. Adding meaningless labels to use variable and class names is another strategy. Some developers insert dummy code to the program in such a manner that the logic of the program remains unaffected.

A recent approach is to inject anti-tamper protection into the source code. In the case of tampering, the application shuts down automatically or invokes random crashes. The developers or other concerned authorities can also receive details related to tampering. Using these strategies ensure that the attackers cannot reverse engineer a software program.

5. Make a checklist of possible threats

Before testing your mobile application for security, it is better to have a list of threats and weak spots. It gives a clearer picture and makes the subsequent steps easier and efficient. Here are some common weak spots to include in your checklist:

The checklist varies by the nature of the app and industry you are developing it for. Involve your entire team while developing this checklist.

6. There’s no limit to testing your application

Every experienced app developer and tester emphasizes on the fact that there is no limit to testing your mobile device application. The testing session involves examining the data security issues, session management, along with authentication and authorization. 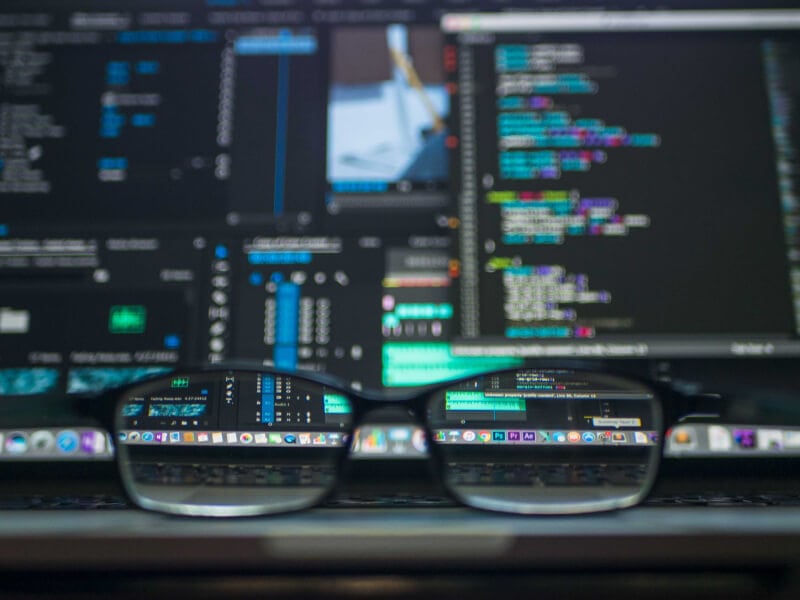 While testing your app, create test cases based on common security threats and challenges. These test cases should cover every OS version and phone model. Here are some tips to help in testing the security of your app:

There are also plenty of security testing tools to help to analyze the security of your mobile app. Some of the effective ones include Android Debug Bridge, iPad File Explorer, QARK, Clang Static Analyzer, Smart Phone Dumb Apps, and OWA SP Zed Attack Proxy Project.

7. Use only updated libraries

One of the common elements prone to attacks is libraries. The risk is directly proportional to the length of your code. When working on your mobile application, use only the latest version of libraries with all available improvements and changes to avoid security breaches. This is applicable to proprietary code, open-source, or a combination of these two.

Mobile app development must be in sync with the corporate policies of the organization’s IT administrators. Similarly, it should also comply with the App Stores in which it will be listed, including Google Play Store and App Store of Apple. Similarly, by using secure frameworks, it is possible to reduce the attack surface of your application.

If you apply every strategy discussed above, it would be virtually impossible for a hacker to penetrate your app. However, it is equally important to stay updated with the latest tools and techniques revolving around cybersecurity to further shield your app. Similarly, keep track of malpractices by attackers for data breaches and threats. The best part about the above-discussed methods is that they are quick easy to implement. Also, you can always take the support of mobile app development companies and mobile app security experts for the best results.