NativeScript 6.0 releases with Dark Theme, AppSync, TabView and much more 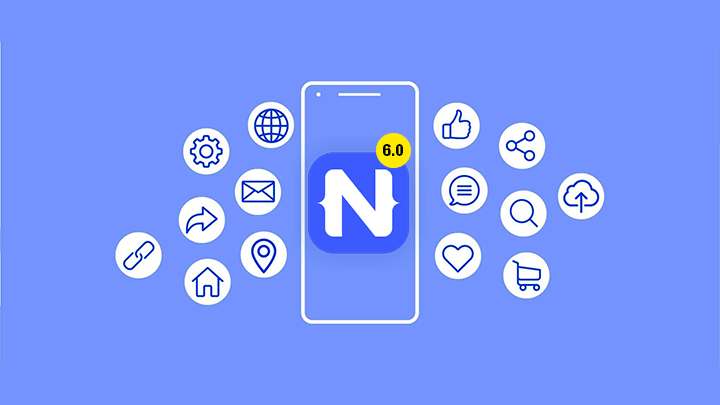 NativeScript is an open-source framework for building cross-platform native mobile applications. The focus of NativeScript 6.0 is to make developers’ work easier by shipping bug fixes, patches, and incremental releases immediately. Here are some main features of the latest NativeScript 6.0 release:

To provide you with a detailed insight after its latest release, here is a list of new features of NativeScript 6.0. Our in-house NativeScript experts have been personally testing these features, some of them still in beta phase, over the past couple of weeks so that you get a first-hand account.

NativeScript has always been the truly cross-platform development platform by enabling 100% code sharing between iOS and Android platforms. The latest NativeScript release now facilitates up to 70% code reuse between mobile and web and provides supports for PWAs (Progressive Web Apps).

With development experience, a priority, developers’ requests since the last release have been kept in mind during the upgradation to NativeScript 6.0. In the new release, hot module replacement (HMR) is always on. It can be combined innovatively with Webpack for an awesome development experience on any chosen architecture. HMR ensures that you do not need to down your application for small code tweaks.

NativeScript 6.0 release hinges on just one word – productivity. Because the developers have been demanding more features from the framework to ease their burden. All the new features like AppSync, font icon support, plug and play, TabView improvements, etc. takes the framework’s performance many notches up. NativeScript 6.0 allows faster development that is also stable for a longer period of time.

With a better-streamlined app approval process in place, go-to-market times for new apps can also be decreased drastically.

Widespread adoption of Agile and DevOps paradigms in managing software development means that shipping fixes and patches immediately is taken for granted. In case of mobile app development, it becomes even more imperative because there are many factors out of your control even after you have shipped the fixes. The fix would reach the end user only after it is approved by the app store and updated by the user, both of which usually take some time.
NativeScript AppSync enables the developers to ship the app fixes immediately. Also, AppSync can now force the user to update as soon as the app store approves.

With Dark Theme gaining popularity due to the immersive experience that it provides its users, the Progress team was under pressure to provide support for it. With NativeScript 6.0 release they have achieved just that. Now just a few clicks are required to implement a dark theme in the apps if the platform supports it. The dark theme accompanying NativeScript 6.0 has all the typical features together with all the possible skins of Light Theme. 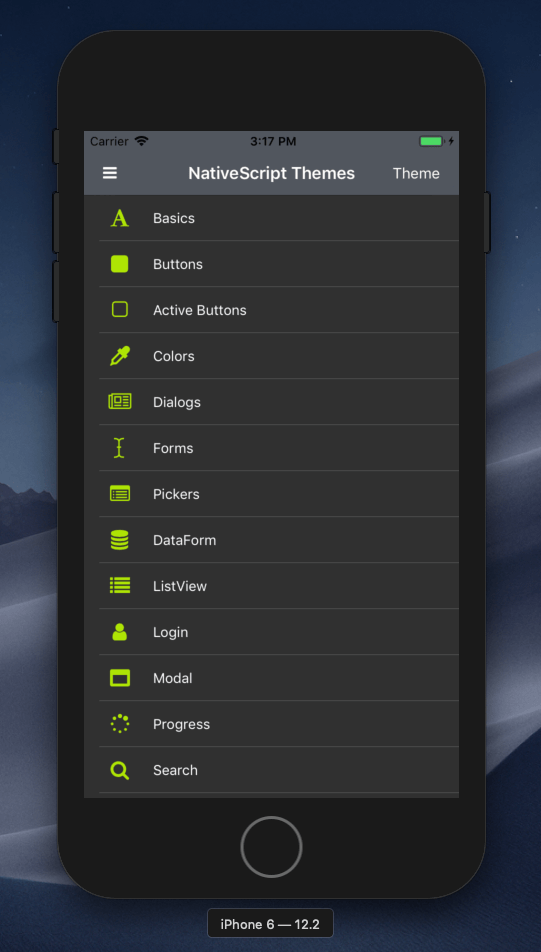 The core theme is now fully plugged and play. No more setting the classes manually. The moment you install NativeScript and install a basic theme, all the standard components will automatically become more attractive. If you want to continue using your old set of customizations, you need not worry. It is totally up to you when you want to upgrade to NativeScript 6.0 and take advantage of its plug and play feature.

The TabView component has been almost rewritten in NativeScript 6.0 release. Again, if you want to continue using your older version, there will be no compatibility issues. However, the new TabView will allow you to customize all aspects of user experience in tab navigation.

7. Support for Angular 8 and the Ivy

NativeScript supports angular 8 and its rendering engine ivy. This will facilitate many aspects of development like improved file creations, better app performance, degreased compilation time. So now you can upgrade to the latest Angular version without worrying about the support from NativeScript.

NativeScript now has the ability to use third-party libraries in iOS. This will enable developers to use these libraries to add cool features to their iOS applications.

9. Support for the Android X library

With the latest NativeScript release providing support for the AndroidX library, the developers can now use the latest Android ecosystem developments like Material Design Components.

Font icons have been used by mobile and web developers because of the flexibility and ease of use in working with images. They had always been supported by NativeScript but in a limited way, on only some special places like TabView, Action bar or images. NativeScript 6.0 now supports font icons everywhere. So, go ahead and include images anywhere you want using the font icons.

Saving development cycles and building the common sharable code base for mobile and web development is being adopted by more and more companies. The new release now enables you to reuse your Kendo themes originally developed for web applications on NativeScript. You can even use the Kendo theme builder to build new themes for your NativeScript applications.

What will be the impact on Mobile App Development?

Now the developers can share almost 70% of codebase between web, mobile, and PWA applications. This code reusability will result in shorter app development cycles, reduced developer effort, more consistency in the interface and better ROI.

The Future of Building NativeScript Apps

Prior to the latest NativeScript release, NativeScript CLI supported two ways of generating the builds – the bundle workflow that used Webpack to integrate only those files in the bundle that is actually needed and the legacy workflow that copied every single file into the build. Needless to say, the legacy workflow generated bulky apps that were no match for the ever-changing mobile app development environment that grows faster each day.
Going forward, Native script 6.0 will be using only the bundle workflow to create sleek and fast applications that load faster and provide a better user experience. For you, this translates into:

With 100% integration to Webpack, default HMR mode on and full support for AndroidX, NativeScript seems set to change the React Native vs Flutter discourse in the mobile app development ecosystem.

NativeScript 6.0 also seems keen to increase its loyal fanbase and app developers are not wary of obliging. If you consider the features that NativeScript has set its eyes on for the next release, you will accept that it might be the framework of choice for mobile app development company in the future. These futuristic features are: