How are meme-making apps disrupting the social media industry?

How are meme-making apps disrupting the social media industry? 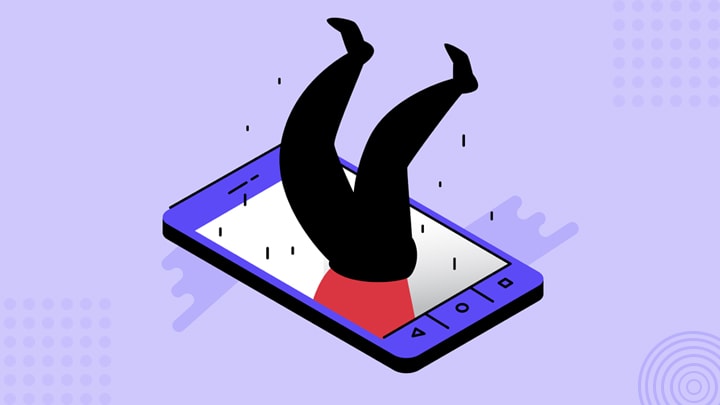 Although memes have been around for the past 40 years or so, it is only over the past couple of years that they have gained immense popularity. The term was coined by Richard Dawkins in his 1976 book The Selfish Game. He defined memes as an idea, theme, or behavior reflecting the current cultural system and passed on from one person to another within the community.

According to a report released by Google trends, memes have replaced Jesus as the most searched term on the internet. Millions of people search for the latest memes because they want a good laugh to make their day better.

Memes are said to be the best thing that has occurred to social media. The reason behind the popularity of memes is their funny and realistic approach towards life and society. People, mostly millennials, can identify with them and hence share them like crazy. However, of late, even Gen Z and Baby Boomers have found the joys of creating and sharing memes.

Marketers have latched on to the popularity of memes because they can prove to be an excellent marketing tool to reach potential customers, who are already highly engaged.

Memes can be used for marketing but there must be due diligence before starting. The first point to be considered is whether it would suit the brand image and identity of the influencer. Memes are always funny, and mostly sarcastic. If the brand has adopted a serious tone in all its marketing, the idea of memes could end up being contradictory to other strategies.

However, if the influencer feels that a funny and sarcastic tone would suit her existing brand image, or she would like to change her business-like approach to a more casual one, memes can be a good starting point. Because it has the potential to change the perception about a brand. As a well-done Meme has the potential to go viral overnight, brand visibility is never an issue.

The reach and potential of memes can be gauged from the fact that to reach younger audiences, Facebook has launched its own Meme making app Whale. That it did so quietly maybe because it is available for download only in Canada, which is considered a good proxy market for the US. We will discuss the features of this app later in the article.

As memes are being touted as the future of social media, you can take heart even if you are always attracted to the technical side rather than the creative one. Because meme-making apps are also flooding the market like never before.

To stand out from the crowd you must have a USP that makes you different from the others. You must decide the target audience and engage with them to find out what they are looking for in a meme making app. If your app is able to incorporate that feature, your product is bound to be a success. Assuming of course that you have marketed it well!!

Let us look at some of the most popular meme making apps for both Android and iOS platforms. 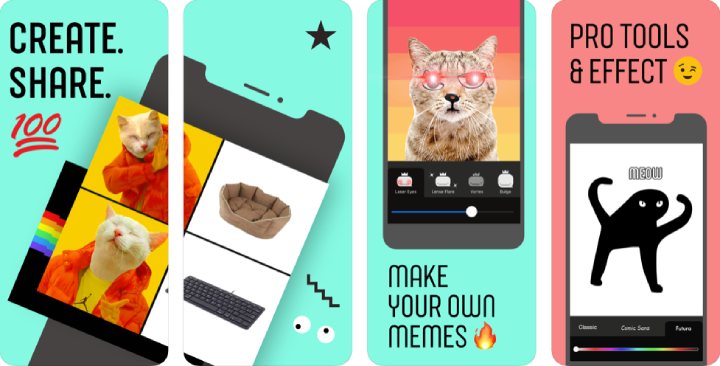 It is a new meme making app quietly launched by Facebook last month. It is a free app without in-app subscriptions or purchases. Users can click images or use those already available in the gallery to create image memes. They can add text, emojis, filters, and effects to have a good laugh and share with friends. Those who are creative can even use free-form drawing tool available to draw images from scratch. 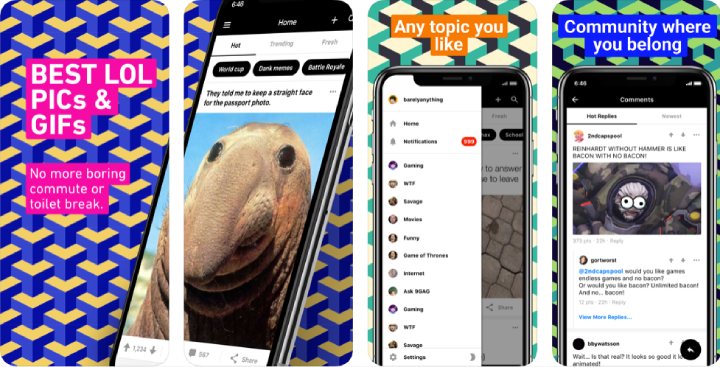 It is a video Meme creation app that is easy to use and loads very quickly. Users can share the meme that they create easily on social media platforms like Facebook, Twitter, WhatsApp, Instagram, etc. However, some users have reported difficulty in downloading and using large images.

To top this, the creator can get instant fame if the meme is selected by 9GAG. 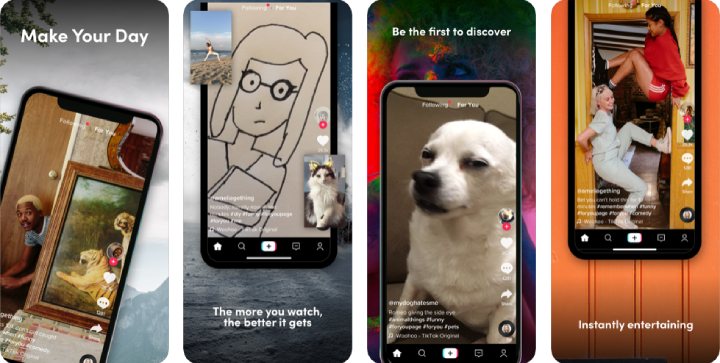 Tik Tok is a video creation app that can be used to create memes easily. As music is an essential part of the app, memes are even more entertaining and hence popular. The app even has challenges that the user can join for gaining even more popularity as Meme creator. 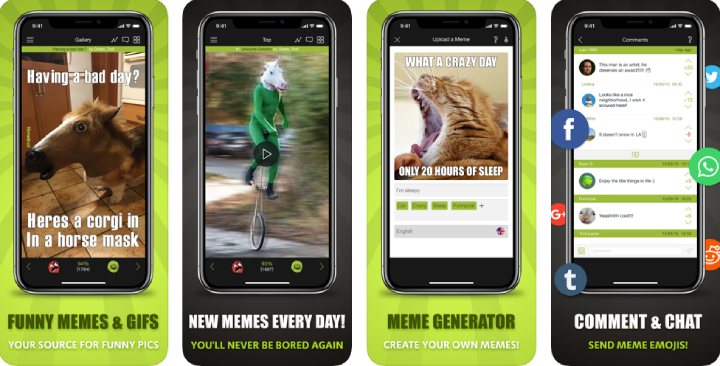 It is such an old meme creation app that it houses all the old, viral memes. It also has a library of new memes ready for re-purposing. Creators can use their own images to create memes in multiple languages. Memedroid boasts of the largest online community of Gifs and Meme lovers.

However, despite such a rich library, there are very few features to get innovative while creating memes. 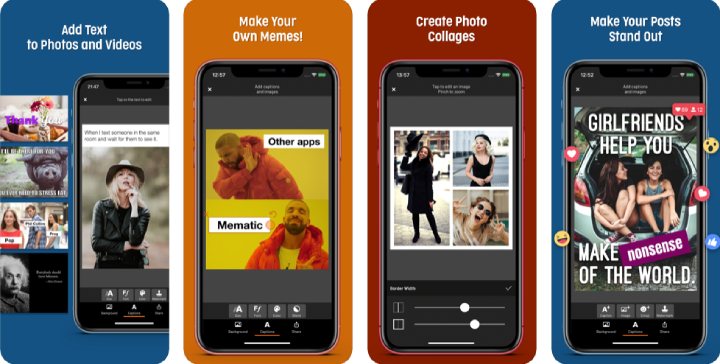 A meme creation app for iPhone, Mematic as a good library of templates, which can be a boon for new creators. Even the season ones can take advantage of old to the latest templates. Otherwise, there is always the option of using their own images for creating the memes.

Mematic has a monthly billable subscription model, which opens up many Pro features for the subscribers. 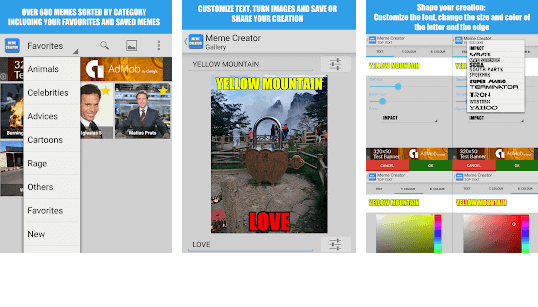 It is a popular Meme creation app with a user base of over 5 million. Users have the option to choose from thousands of backgrounds for creating the memes. Besides creating, they can also view already created Memes and share the ones that they like. They can even vote for their favorite ones.

Memes are not only for creative purposes but can also be used for marketing a product, a brand, or a service. The idea is always to use popular cultural perceptions to market. However, in the case of memes, it must be taken care that the marketing aspect is not very overt because then the people would reject it summarily. Remember that the purpose of a meme is to make the viewers laugh out aloud.

Here are some parting tips to create memes that not only go viral and convey your ides but also remain in the public memory for long: