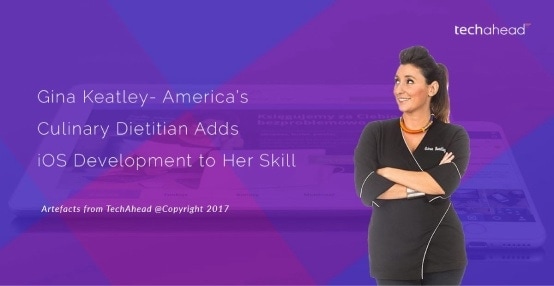 The latest estimate from 2016 says that there are 12 million mobile app developers in the world, constituting more than half of the total global developer community. The mobile app community consists of 50% of iOS developers. Here, I would like to share one of my interview with a famous dietitian, Gina Keatley from New York City, who turned into an iOS developer in the process to make her patient's health more secure. She is a famous media personality known for her advanced diet techniques. Therefore, Gina developed her first app for her patients and continued to contribute to iOS development 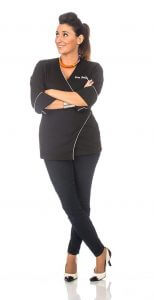 According to you what are those three essential skills required to become an iOS developer?

Gina: “Being new to developing world myself I can only speak as a novice: Be brave. Taking on the world of tech can be intimidating but don’t let those super fast hackers keep you off the playing field. Try to learn just a tiny bit every day. Look at the larger picture. You might not have your coding skills up to par, but maybe you can start with something you’re better at like concept or design. There are multiple sides to an app, and not everyone is a full stack developer right away.
Always say yes to an interview, including this one. Building the app is only part of being a developer the other part is making people know your app exists. Media gives you a great chance to connect with consumers and even future collaborators.”

How did you start your career in iOS development?

Gina: “I’m a dietitian and foodie by trade, so I spend a lot of time with patients struggling with weight issues like obesity, diabetes, coronary artery disease (CAD) or eating disorders including anorexia nervosa, bulimia nervosa, and binge-eating disorder. About 90 percent of everyone I saw was skipping meals consistently. Some were skipping to lose weight only to overeat later. It gave me the idea to work on an app and here, the Dinner Bell App was born. It reminds you to eat. It’s effortless. Most importantly I saw a lot of patient success quickly just by getting people to eat on a regular basis.

The second app I built also came from my patients. I have many of them do visual food journals and share their pics with me, and again everyone was doing the same thing. In about 50 percent of the food photos, I would see a keyboard. They were mindlessly eating at their desk and not allowing themselves even 15 minutes to unplug and enjoy the food. So Fork Up Phone Down was created focusing on technology-free meals. The app helps to build wellness boundaries by establishing time just for nutrition, not multitasking. I’m an avid traveler, and this is a global issue so during a trip to Asia we came up with Chopsticks Up Phone Down the same idea in Chinese and Malay."

Dinner Bell App and Fork Up Phone Down App

Which is your most successful project till date? What makes it a success?

Gina: "My most recent project is the most successful so far. My husband, also a dietitian, and I have launched two free digital magazines both on iOS and Android. Because I have a lot of past food media experience and have worked with so many writers, we felt this was a natural progression. We are getting tons of positive feedback and downloads.
Spiralized Magazine is a quarterly food and nutrition magazine that offers its readers a fresh 360° View of Food. A collaboration between carnivores, herbivores, and omnivores, we celebrate all foods from burgers to tofu and every tasty indulgence in-between. Our writers’ table consists of foodies, chefs, nutritionists, dietitians, and food scientists. Spiralized is open-minded and deliciously entertaining.

Tasty Bytes Magazine is a quarterly food and tech magazine that offers its readers a 2.0 look at gastronomy. Our writers’ table consists of healthy hackers. A collaboration between foodies, developers, coders, and chefs, we celebrate all foods and the IT folks eating it. Tasty Bytes is made for nerds that nibble." 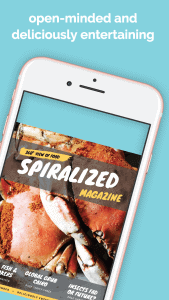 What is your approach to developing a perfect iOS app?

Gina: "Well, when I will make a perfect one I will let you know, but I think embracing the less than perfect is also good. Upload your app and respond to feedback and update, grow and adapt both yourself and your project."

What is the future of mobile app development?

Gina: "Personalization seems to be a trend for late 2017/2018 as well as charity apps. Luckily, we are working on them too. With the help of an excellent app consultant developer Todd Perkins, we have begun the build for Gobble Pop. Gobble Pop is a silly and personalizable bubble pop game where you load pictures of your family’s heads to turkey bodies, and then you explode them for fun and charity. First, you load them, and then you explode them. Who doesn’t want to spend Thanksgiving popping quirky grandpa or your sassy sister? A portion of the game is used to purchase turkeys for in need family across America for Thanksgiving. I spent 2 hours listening to versions of turkey gobble sounds thinking what am I doing with my life, but I believe the game came out great and will launch in the next few weeks."

How do you collaborate with the team of developers and designers?

Gina: "I am overly accessible. I respond to emails, Instagrams, tweets and reach out to people and connect. That’s how I got Todd for Goggle Pop, I thought he was a great teacher on Lydia for iOS development, and I just tweeted him and we collaborated."

You are a writer to many Tech magazines, what message do you wish to spread with your excellent writings

Gina: "Even though I am just now entering the world of tech as far as the development arena, I have been an advocate for years. I embrace any new technology that can improve my food world in many ways. I have always loved the process of new food tech and love to share my joy like Individual Quick Freezing usually abbreviated IQF is a freezing method used in food processing industry or the semi-new Air-Chilled Process you can read more about it in Tasty Bytes we featured it on page 41 titled Roasters & Robots."

Gina Keatley is also known as ‘America’s Culinary Dietitian.' She is a famous media personality, and television host recognized for her food-focused television shows and her approach to health and weight loss. Gina is a health iOS developer with multiple contributions on Spiralized Magazine, HuffPost & Yahoo. She is also the Creative Director at Tasty Bytes Magazine. You can connect with her on Twitter, Instagram, and LinkedIn and follow her work on her website.