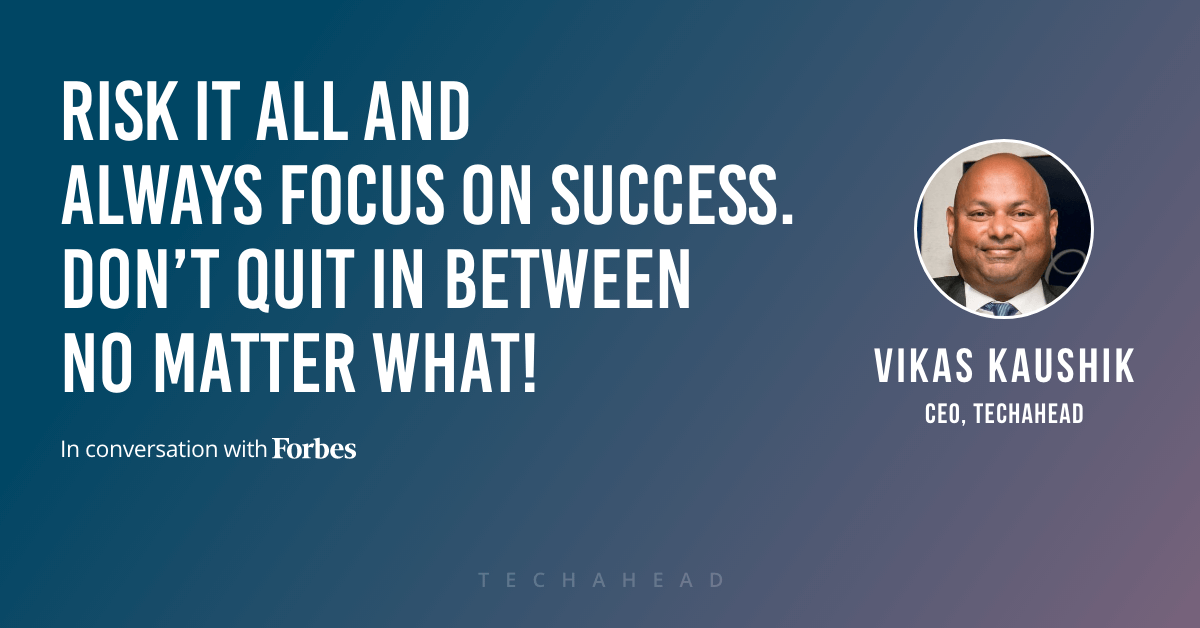 Los Angeles, August 19th, 2020: In a Forbes feature ‘Are you sitting on the fence about pursuing your dreams’, Vikas Kaushik, CEO of TechAhead talks about his entrepreneurial journey and the risks he took in launching his own company 11 years ago. Since then, TechAhead has grown to become a premier mobile app development company with many awards and accolades for completing projects that go beyond just technology and focus on optimizing ‘human-digital’ experiences.

Kaushik credits the company’s success to the single-minded vision and dedication towards TechAhead’s growth and progress. With his focus on success instead of failure, over the last decade, he and his team have taken TechAhead from a startup to a successful app development company with over 1500 delivered projects.

He credits his team, including COO, Mukuk Mayank, Chief of Marketing, Jitin Narang, and VP of Business Strategy, Shanal Aggarwal for playing a significant role in the company’s success. His advice to new or budding entrepreneurs, “Risk it all and always focus on success. Don’t quit in between, no matter what.”

An award-winning mobile app development company based in the USA, TechAhead has a clientele from countries across the globe. The company is reputed for creating applications that transcend technology and focus instead on enhancing the human-digital experience. Its team of experienced developers have created apps for small and large enterprises as well as startups. The company prides itself with staying updated on the latest things in technology such as Internet of Things (IoT), Data Analytics, DevOps, etc, and use them to develop apps and stay ahead.