Get prepared now with earthquake alert apps for California

Get prepared now with earthquake alert apps for California 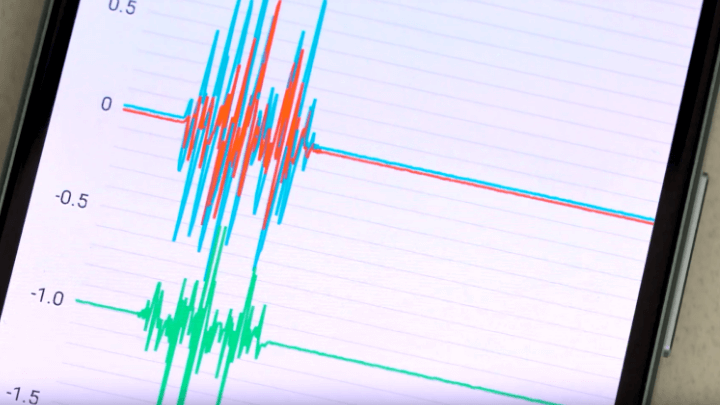 Oct' 1989, is inked as one of the saddest days in the hearts and minds of Californians. On this day, the city was hit by a strong and disastrous Loma Prieta earthquake. Each year California experiences about 10,000 earthquakes. Most of them go unnoticed due to low magnitude, but almost twenty of them are felt and a few are strong enough to scare the citizens of another mishap.

Just like California, there are several cities and states around the globe, which experiences earthquakes throughout the year. California, Oregon, and Washington are some of the areas exposed to potentially damaging earthquakes. California has a very high chance of experiencing 6.5 or higher earthquake in the next 30 years.

The only way to live in these areas is to be prepared all the time. Japan, Mexico, and Los Angeles already have an early Earthquake warning system in place. Now on the 30th anniversary of Loma Prieta, California has launched an app MyShake. This app, with the help of ground motion sensors, can detect earthquakes before humans. This app sends automated notifications to people who will experience the Earthquake in the next few seconds.

After receiving the notification, people will have just enough time to stop whatever they are doing and cover themselves. California is the first state in the United States to provide an earthquake early warning system.

How does it work?

This mobile app has been designed by the University of California, Berkeley seismologists, and engineers. In the case of earthquakes of 4.5 or higher magnitude, early warning app will deliver alerts to people in the area. When an earthquake starts, it releases energy that travels through the Earth in two different waves, called primary and secondary waves. Primary waves move faster, but the average person wouldn't notice them. People recognize secondary waves.

U.S. Geological Survey (USGS) has a ShakeAlert program. Under this program, there are about 800 sensors positioned across the state that can detect primary waves. Those sensors send data to the processing centers. Tools and machines in these centers analyze data from seismic networks, calculates initial magnitudes and then, estimates which areas will feel the Earthquake.

Warnings or alert messages are delivered through the system as per the estimate. The time difference between the alert received and the shake itself depends on the distance of the recipient from the epicenter of the Earthquake. It may vary from a few seconds to tens of seconds. Still, there will be some users who may not receive the message before the shake. That might happen to people within tens of miles from the Earthquake's epicenter. The time required for estimating the size and point of the shake is responsible for this delay of the alert message.

Recently an Earthquake of 4.5 magnitudes was felt in the Bay Area and 4.7 in central California, respectively. During the first shake, the early warning system sent messages to phones within a median time of 2.1 seconds. In the second quake warning reached phones in a median of 1.6 seconds. The creators of the app said, "the app will continue to improve". The whole system is automated, as there is no time for human involvement. People will receive the alert only if the shake magnitude is three or higher in their area.

MyShake is not the first Quake warning app. Another app named ShakeAlertLA was launched in January 2019. However, this app was limited in terms of location. It can alert users only if the quake is about to hit L.A. This app also works with the United States Geological Survey's (USGS) network of seismic sensors.

This is not the first and last app created to help people during a natural disaster. There are many more apps which can help people in different ways in the time of crisis. Below is the list of some apps that users might want to install on their smartphones in case they live in a natural disaster-prone area.

This is a free weather app by AccuWeather Inc. It is an American media company that provides commercial weather forecasting services worldwide. It provides details and warnings about severe weather forecasts. The app also allows people to track storms with animated radar maps in real-time.

It can also provide minute-by-minute predictions for a user's exact location for up to two hours ahead of time. People can download it for free to get accurate and crucial weather warnings and suggestions. 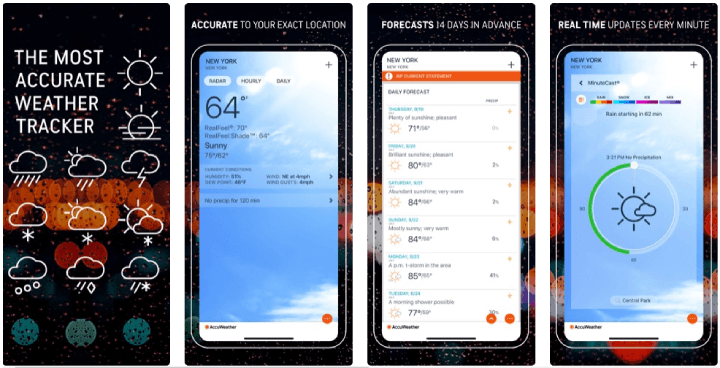 We all know the Red Cross for being an international humanitarian movement that works toward protecting human life and health. The same Red Cross has multiple apps specific to different natural disasters, including hurricanes, tornadoes, earthquakes, and floods.

These apps provide information to users about how to have an emergency plan ready for these types of natural disasters and also display maps for shelter homes and push government alerts. It also has an alarm system that can notify your contacts that you are safe in case you are trapped somewhere. 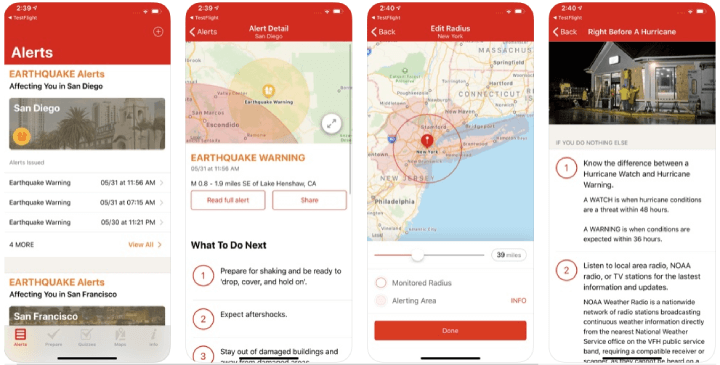 The Federal Emergency Management Agency's app is somewhat similar to the Red Cross. It also provides a list of disaster resources, real-time alerts from the National Weather Service, and emergency safety tips for various types of disasters such as earthquakes, tornadoes, and hurricanes.

It also has a feature "Disaster Reporter." If a user is safe and can upload an update or picture safely, then he or she can do so via this feature. This feature allows citizens to share disaster-related information for events occurring within the United States. It also offers a list of emergency shelters in your area. 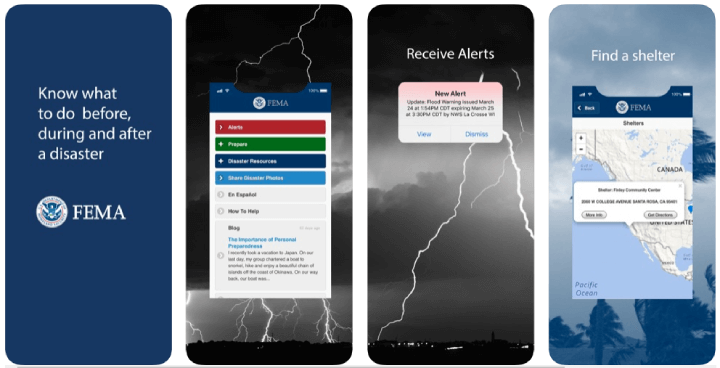 Zello is a free push-to-talk walkie talkie app. The limitation of this mobile app is that the Zello network does not work without Wi-Fi or cellular service. This app got popular during multiple hurricanes in the U.S. over the years. Trapped people can use this app to seek help from rescuers. Many local and civilian groups operate channels and often travel to disaster areas to help execute rescue and recovery operations. 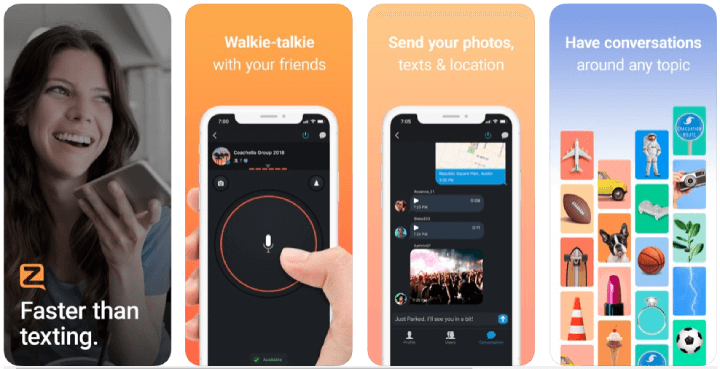 It also allows all members of a family to share and monitor each other's location. It also helps them in finding and getting to a safe location together. A messaging feature helps family members to communicate with each other. Another feature named, 'Panic Alert' allows family members to send a voicemail, email and other notification to everyone at once. 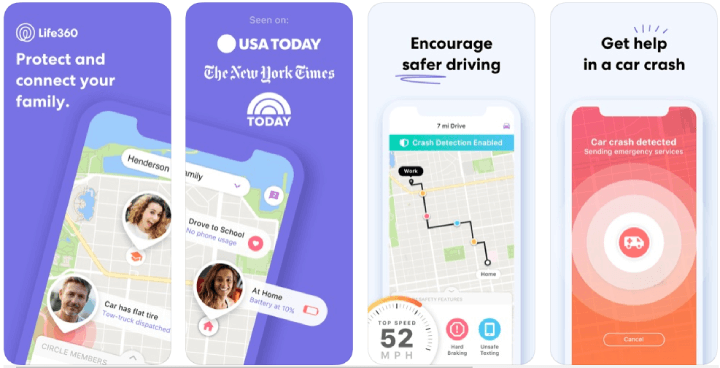 A storm is about to hit your city. The first thing that strikes your mind is being safe and filling up the gas tank before the forecasted time. After government-issued warnings and alerts regarding a storm or tornado, local gas stations often become overcrowded.

Getting fuel following a natural disaster can be challenging. Most of the time, there is a shortage and people might have to travel considerably longer distances to find the supply. Gasbuddy is an app created to help people at those times. It has a "Fuel Availability Tracker" which allows users to find and locate where the most available fuel is in their area. It also tells them the price per gallon. 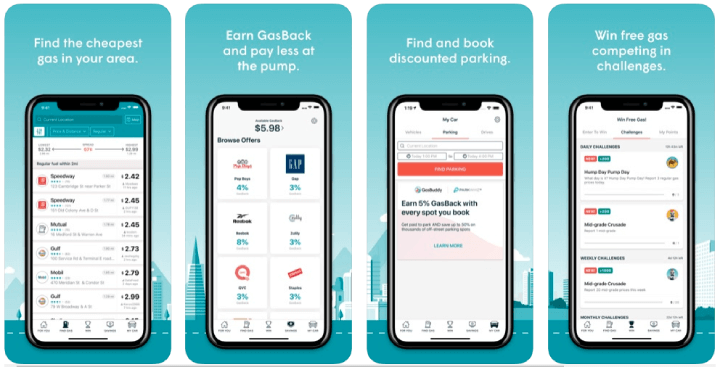 The next revolutionizing idea will be ensuring that people without smartphones, people with disabilities and people who speak other languages can also be alerted and helped before the quake hits their area.

Mobile apps have not only made life easier and convenient. Launch of apps like MyShake and ShakeAlert displays the crucial role these applications can play in the lives of individuals. Let us hope that in future developers, scientists and manufacturers can come together with more helpful apps providing the solution to more real-life problems.