And Switch To Reliable, Faster, and Scalable Development 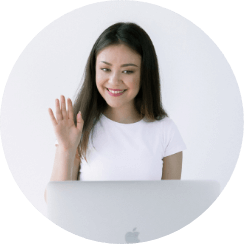 Maya Thakur is a senior software engineer having 8+ years of experience in developing highly performant backend and infrastructure systems. 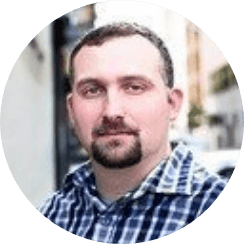 Shreyas Bhat has a 10+ year history of success in architecting, designing, and implementing web and mobile applications, focusing on React.js. 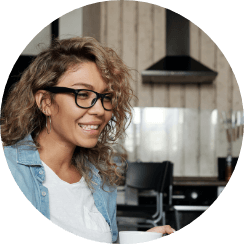 Charvi Saxena has 12+ years of experience in architecting and developing features for mobile and web apps with the use of trendy technologies.

Why Should You Be Hiring a TechAhead Certified Golang Developer?

Is It True That Golang is The Future of Machine Learning?

Yes! The reason is that Golang is fast, even faster than Python. When compiled with the ML libraries, superior computation speeds, and ease of use, it becomes the perfect choice when it comes to choosing a language for Machine Learning.

Being Fairly New To The Game, Is Golang Reliable?

The community of Go developers is comparatively small, and some features may be missing, like error handling, function overloading, and more. Still, it makes up for that with speed and simplicity of usage.
With developers such as Ken Thompson behind the language, one of the faces responsible for bringing the original Unix OS to life, the language has a strong foundation.
Most developers who’ve been working with Golang prefer it over others and believe it to be a reliable choice.

What Are The Role and Responsibilities of a Golang Developer?

A Golang developer is responsible for writing code in the Go language. They make all the software and related resources with the help of their domain knowledge of the language Go and come in handy for bug fixing as a subject matter expert in Go.
Using Go, they should be efficient in basic coding concepts, software usage, Go frameworks, and microservices development.

How To Hire a Perfect Golang Developer For My Team?

At TechAhead, each candidate that is listed on the platform has been through a vigilant process of skill verification.
But to double-check, you can conduct an interview where you can make sure that the developer you’re going for has the skills you’re looking for.
Generally, a Golang developer is good at scripting, has a good knowledge of javascript, SOAP, REST Web Services, or Microservices, understands DevOps, and has experience with version control systems such as Git.

How Much Time Does It Take To Hire a Golang Developer Using TechAhead’s Platform?

It generally takes between 03-05 days, considering that it includes the steps from sorting to selecting the right developer for your business needs.

What Happens If I Don’t Find The Designated Developer as The Right Fit For My Team?

We monitor all performances of our resources very closely, and if we find that your workflow is getting affected, we go for a replacement.
Moreover, during the first two weeks, if things are not working out for you, you can call for a replacement yourself, and the new resources will be called in for the rest of the term.

FAQs- Everything You Need To Know About Golang Platform

Which One Is Better, Golang or Python?

If you compare the two languages based on performance, then Golang has the edge over Python as it’s 30% faster in performing complex calculations. And on top of that, it’s easier to understand and simpler to use, which is why the developers love it.

Why Is GoLang So Popular Among Developers and Entrepreneurs?

If we’re talking about the developers, then Go or Golang is one simple language to learn and execute, which is why developers love it so much. And for entrepreneurs, it helps them scale quickly, which is something every business owner looks forward to.

What Is Golang Most Used For?

What Are The Biggest or Known Companies That Are Using Golang In Their Tech Stack?

Applications like Google Chrome, Google Earth, Youtube, Uber, Twitch, Dailymotion, Sendgrid, Soundcloud, and Dropbox, along with many other famous names, use Golang.

What Is Congurancy Feature In GoLang, and Why Is It High Value?

Go was built to be run on multiple-core, which is why it supports parallelization and multi-threaded concurrency. Using Go, we can run multiple functions independently, which helps to scale up as we increase the cores.

Who Invented GoLang and Why?

Three individuals who were working at Google were not happy with the time it was wasted due to problems with coding language. Thus, these three, namely Robert Griesemer, Rob Pike, and Ken Thompson, decided to make a programming language of their own.
In the next five years, they finished their project and named it Go or Golang, which was made available for everyone on the internet through an open source licence.
The development was started in 2007, and the official launch was made in 2012.